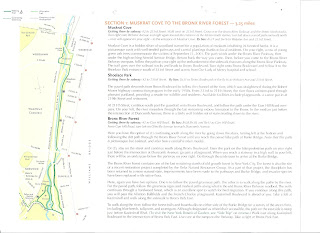 Wetlands of the Bronx River Watershed

The urban landscape of the Bronx, covered with buildings and crisscrossed by highways, subways and railways, might seem an unlikely place to look for wetlands. However, despite the miles of pavement and centuries of development, there are still wetlands in the Bronx. Understanding the significance and functions of those wetlands that were lost and those which remain, helps us evaluate our treatment of the landscape in the Bronx River watershed and can help us shape the future of natural environments in the Bronx.

What is a Wetland?

A wetland is an area that is usually or periodically inundated with water, and supports a biotic community that is at least partly adapted to growth under wet or saturated conditions. Wetlands vary widely because of regional and local variability in soils, topography, hydrology, water chemistry, vegetation and human disturbance. Wetlands can be as large as hundreds of acres or as small as a fraction of an acre. They can have standing water much of the year or appear dry most of the year, and they can host very different plants and animals. As a result of this variability, wetlands can sometimes be difficult to identify and define. Most scientists and natural resource managers use hydrologic (source, duration, frequency and depth of water), soil characteristics, plant communities and position in the landscape to identify and characterize wetlands.
The type of wetlands found in the Bronx are estuarine (for example the salt marshes in Soundview Park), and freshwater (for example the riverine wetlands found in the Bronx River Forest and the depressional wetlands found in the Bronx Zoo).
Other Resources About Wetlands and Wetland Classification

Why are Wetlands Important?

Wetlands provide breeding, rearing, and feeding habitat for a diverse array of plants and animals, including birds, fish, amphibians, reptiles, insects and mammals. Many species, such as dragonflies, damselflies, frogs and salamanders, depend on wetlands to complete critical components of their life cycle. In addition to being among the earth’s most biologically diverse and productive ecosystems, the unique environmental conditions in wetlands allow for biological, chemical, and physical functions that benefit humans and the ecosystem. Wetlands play an important role in protecting our water supply and serving as filters that trap and process sediment, nutrients, and contaminated waters. Wetland vegetation slows surface water flow, causing particles to drop out. The accumulated sediment and organic matter in wetlands create a soil matrix through which water slowly filters and re-enters the deeper groundwater system (aquifers) or shallower groundwater that feeds streams and rivers. Biochemical processes in wetland soils and on plant roots help transform nutrients for plant and microbial consumption, thus improving downstream water quality. Without these natural zones of detention, filtration, and ground water recharge, sediment and pollutants are more rapidly transported downstream, damaging aquatic environments, recreational areas and drinking water supplies. Upslope, wetlands are critical features in the landscape for retaining stormwater and allowing recharge into the groundwater system. These functions are particularly critical in developed watersheds, as is the role these wetlands play in offering scarce habitat. Riparian wetlands, located on the banks and floodplains of streams and rivers, slow and store floodwaters, helping to reduce downstream flood damage and helping to reduce erosion and downstream sedimentation that can destroy habitat and lower water quality. Tidal marshes, including mudflats and rocky shores, along the coast also provide a buffering and protective function for adjacent uplands while functioning as critical nursery, rearing, and feeding habitat for fish, crustaceans, mollusks birds, and mammals. Finally, in urban areas like New York City, wetlands provide unique opportunities to view and understand our ecological heritage, to study and educate our children about the environmental issues of today, and to recreate, relax and experience nature.
Other Resources About Wetland Functions

What is a Watershed?

A watershed is the area of land from which the surface water runoff drains into the same body of water. Watersheds, also called drainage basins, can be defined on many scales, as the land area contributing to a small headwater stream, a tributary, or a large river. Looking at wetlands in a watershed context is important because what happens upstream in a watershed impacts wetlands downstream. Further, where wetlands are located in a watershed, and how they are protected and managed, influences the quality and quantity of water in streams, rivers, and water bodies downstream in a watershed.
Other Resources About Watersheds

The Bronx River Watershed is relatively long and narrow, extending from Kensico Dam in Westchester County to the East River, and drains about 56 square miles. In the Bronx, the Bronx River watershed covers about 4,150 acres of land and is densely developed. This urban landscape is covered with roads, buildings and parking lots (among other impervious surfaces) which prevent rainwater from naturally being intercepted by vegetation and infiltrating into the soil. Instead, stormwater flows across these impervious surfaces into storm drains and gutters, which convey the water to stormwater and sewer pipes. These pipes transport the water to treatment plants or discharge stormwater directly from pipes into downstream waterways. The Hunts Point water treatment plant, located west of the Bronx River watershed, receives stormwater captured from about 60% of the Bronx River watershed in the Bronx. Thus, over this area, there is a disconnection between the watershed and the river. Only during storms when the capacity of the storm and sewer system is exceeded, is storm water released to the river in the tidal reaches at CSOs (combined sewer overflows). As a result of this modified hydrology, we commonly refer to sewersheds rather than watersheds in the Bronx. For more on CSOs in the NYC area click here.
Other Resources About Watersheds

Where are the Wetlands in the Bronx River Watershed?

Historically, over 27% of the lower 15.7 sq km (6 sq miles) of the Bronx River watershed consisted of wetlands (Sanderson and Labruna 2005; More information on historical wetlands in the Bronx). But from colonial times until the recent past, these wetlands were drained or filled to make way for farms, roads, buildings and other uses. In the lower section of the Bronx River Watershed, most of the wetlands were filled and built over by the 1950's.  Luckily, a considerable amount of freshwater wetlands are preserved along the Bronx River's riparian corridor. Upslope depressional wetlands are rarer, but some remain in parks or as parts of exhibits in the Bronx Zoo and New York Botanical Garden. This interactive map shows some of the most prominant wetlands in the Bronx River watershed.
Other Resources About Bronx Wetlands

What are the threats to wetlands in the Bronx?

The quality of the remaining wetlands in the Bronx is threatened by a variety of direct, indirect and cumulative impacts from the urban watershed. These impacts include altered hydrology, invasive exotic species, dumping of garbage, and lowered water quality from both end-of-pipe sources and diffuse sources of pollution.
Hydrologic disturbance is a particular threat to the riparian wetlands in the Bronx. The high volume of stormwater runoff entering the river channel from the developed watershed creates high energy, erosive flows that can cause bank erosion and create challenging conditions for re-growth of native wetland plants. Frequent high flows also carry a large amount of sediment eroded from sites in the upper watershed and re-deposited in the channel and floodplain in the Bronx, smothering in-stream habitat and native riparian vegetation. This sediment also transports and creates advantageous conditions for exotic vegetation that out-competes native plants. Rapid accumulation of sediment on the floodplain and previous decades of channel erosion and down-cutting can reduce the connection between the floodplain and channel. This means that the floodplain may be only be flooded in extreme flood events.
Water quality degradation such as increased temperatures and reduced dissolved oxygen, also threatens riparian, estuarine and salt marsh wetlands in the Bronx by limiting the diversity and abundance of native vegetation, aquatic invertebrates and fish. Though water quality has improved tremendously in the Bronx River since the 1970’s, the degree of urbanization in the Bronx, the complexity of the infrastructure, and the history of industrial activity along the shore means that continued vigilance to maintain and improve water quality is critical. Water quality degradation continues from diffuse sources of pollution such as stormwater runoff contaminated by streets, pet waste and lawn and gardening, car washing, and flushing of harmful fluids into storm drains. Accidental spills on streets or through broken sewage pipes can also threaten water quality.
Even with heightened awareness about the value of wetlands, inadvertent or intentional dumping of sediment and debris continues to degrade riparian and tidal wetlands today. Dumping may result from poor management and neglect or be malicious and illegal. Sediment deposition often occurs as a result of poor enforcement of sediment and erosion practices at construction or industrial sites. Floatable debris get trapped in wetlands with tides and storms and can injure wildlife, lower water quality, and impede the growth of native vegetation.
The freshwater wetlands upslope in the Bronx Zoo and Botanical Garden are the least threatened by dumping and filling since they are managed as part of Park grounds and exhibits. Even some of these wetlands, however, receive sediment and surface pollutants carried by stormwater runoff flowing over pathways and parking lots. The plants and animals of these wetlands are also susceptible to competition from invasive exotic vegetation such as purple loosestrife and Japanese knotweed that readily colonize disturbed or exposed sites.
Other Resources About Threats to Wetlands 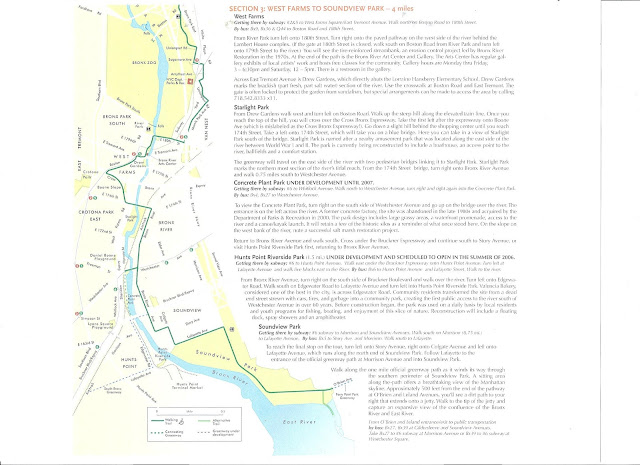