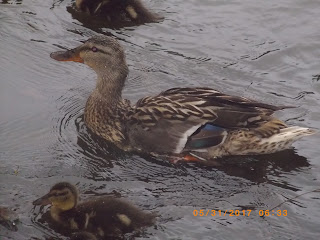 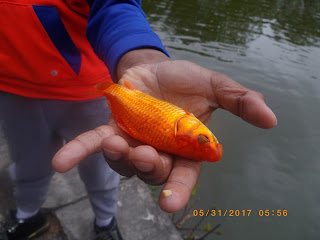 Until this visit I had not meet anyone who had fished this pond;that is until I met
Shawn. 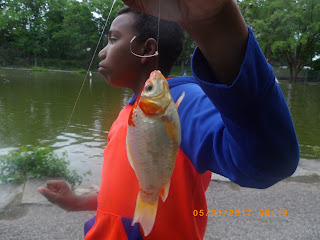 Shawn greeted me by claiming he could catch fish and if given the chance
he could cast my fly rod.  I have heard this boast from many boys as I fish in different
places. I refused to take his bet about casting a fly rod.  However, He caught more
fish than I.  A total of four fish, 2 small catfish, 1 goldfish and maybe a small koi!
He used pieces of monofilament he found, corn kernels and a number #10 hook . 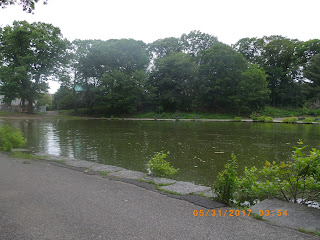 Last year I "discovered "this pond by doing a Google Map search of Queens. when I
arrived, last year, I chummed for the carp that are here.  I only caught a glimpse of a koi
break the surface but it showed that there were fish to be caught here. 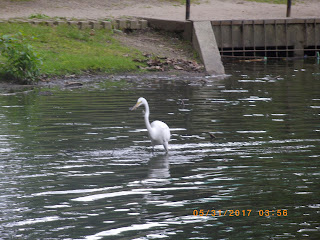 Another indication that fish are present is this Egret pacing the shore line for a bluegill
or two. 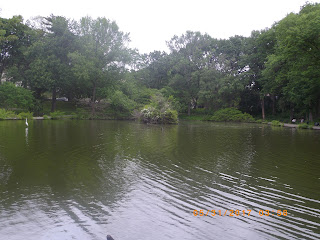 I fished the pond with a variety of flies but never got a bite.  This place is 15,000
years old and I got nary a nibble. 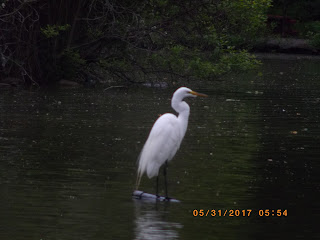 Nestled in the Jamaica Hills is another kettle pond, Goose Pond, located inside Captain Tilly Park. The park’s namesake was George Tilly, son of a local landowning family who fought in the American conquest of Philippines in 1899, where he was killed in combat. The spring-fed pond nearly dried by in the 1990s, and the city then dug deeper and restored the pond, which features a bird sanctuary isle. This is likely the tiniest isle in the smallest public pond in the city.
Posted by The Great Lakes of NYC at 9:21 PM