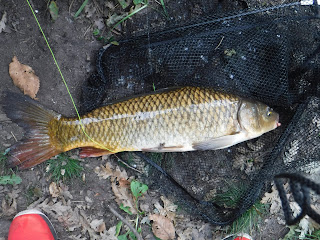 There is no thrill like catching carp with a fly rod.  The wait, the take, the run and the
anticipation of the size of the carp as you fight and try to land it.  Well, I came , I chummed and
I caught.  This day I got to Central Park a little later than I had planned.  There were train delays.
After setting up. I cast my fake corn in the water.  Surprisingly, the water is clearing up and is not
pea soup green. 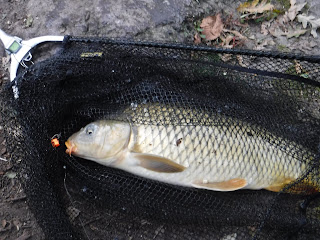 It seemed to take longer than usual for the fish to take my offering but suddenly the line straightened
out and became tight.  I like to allow the fish to accelerate before I set the hook.  The line was peeling off my reel and the backing was showing.  It had plenty of open lake and I still had some backing left!  My process for taking carp is to change angles.  By moving along the shore with and away from the fish, I believe this confuses the fish.  Right, Left using the rod, pulling, allowing the line to go slack so to speak. 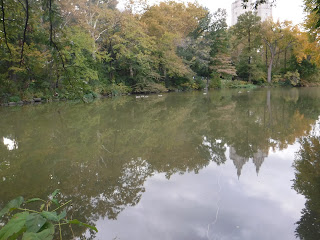 The lake was calm this afternoon.  No wind could be felt.  After unhooking the carp, I
checked the hair rig I was using. 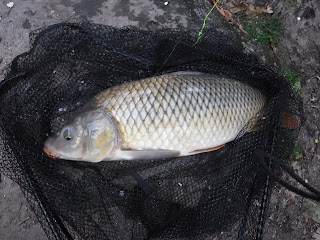 I felt a second take after twenty minutes.  And it was off to the races again.  More backing
was visible and I began to change the angles on the fish.  sometimes moving 20 or 30 feet
to the right or left to confuse the carp who never gave up.  I forced the fish off the bottom and up to the surface to tire it out.  Once I see the fish turn on it's side, I know that I am winning. 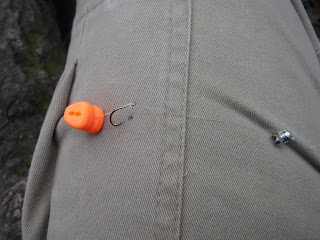 Here is my new "pop up" with the smaller lead free split shot.  The smaller split shot
allows me to cast further with my fiberglass fly rod ( 7wt, 6' 10" Fenwick). 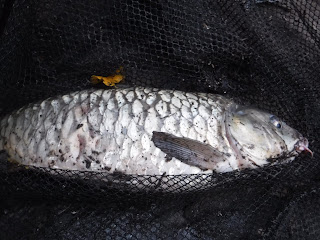 This was the carp of the day, a rare mirror carp.  Look at the unique pattern of the scales.  I'm hoping
for a few more warm days in November and wishing for some time in December to catch carp
again.