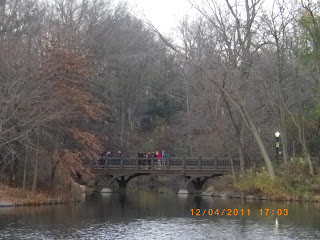 Well, the season is just about finished as the
temperatures get lower and lower. My goal
for the month was to catch at least one carp
before the lakes become iced over. 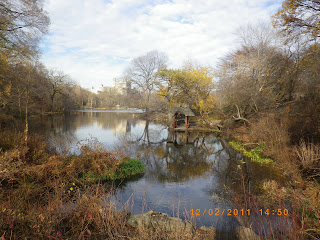 I chose Wagner's Cove, a secluded cove on the
main lake in Central Park. It is named for the
former Mayor of New York City, Robert F. Wagner Jr.
who was the son of United States Senator Robert F. Wagner .
I began chumming this spot with various ground
baits to attract carp to this area. 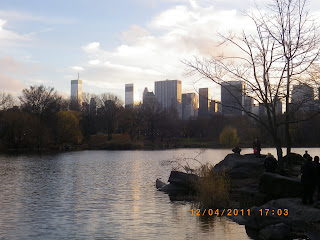 I caught my first carp of December the next
afternoon as the temperature reached 60F.
I chummed the cove a second day. Before I
left I had hooked my second carp in 3 days. 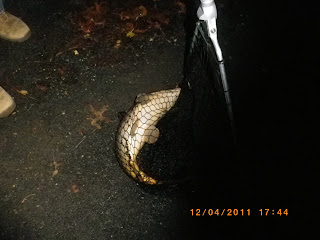 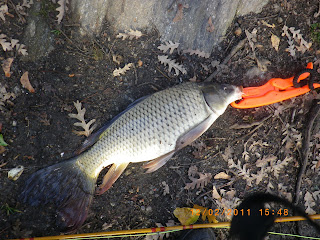 From past experience I knew the carp would
be active after three o'clock.

We saw bubbles coming to the surface of the
water, which can indicate that carp are actively
feeding; or it could just be gas escaping from
rotting vegetable matter laying on the lake bottom. 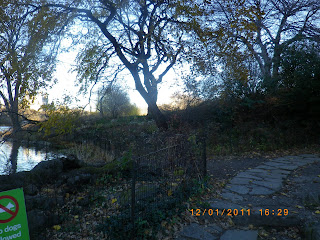 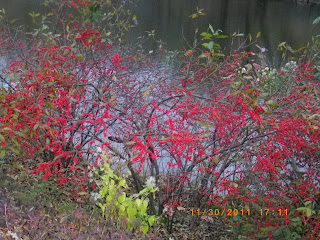 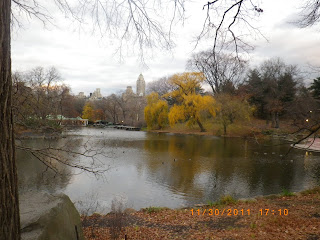 Near the Bethesda fountain, a prime area
for surface feeding carp during warm weather. 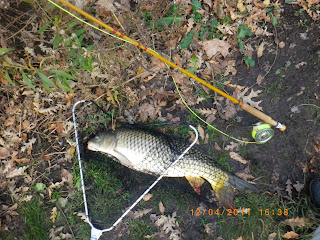 Pictured is my fourth carp for December. This
fellow was almost 10 pounds. I used my Fenwick
7 wt fiberglass fly rod.
Posted by The Great Lakes of NYC at 5:55 PM