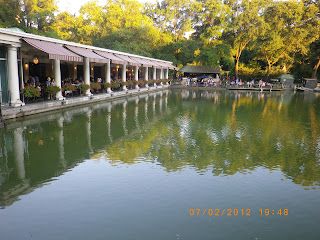 I went to the lake at 72nd street.  I have tried to fish this area for awhile
but there are always too many turtles.  And today was no different.
Have you ever seen a big snapping turtle sprint 20 yards? 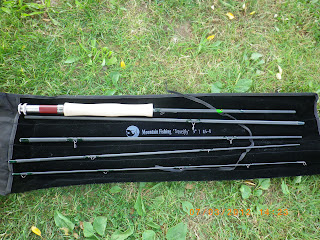 This is a new 5 piece, nine foot, 5/6 weight fly rod I bought on ebay.
Since I could not fish near the restaurant, I fished near the Bethesda
fountain.  It wasn't until 8:30 that I notice my line move,slowly at first &
then the rod changed shape.  The reel screamed and line stretched out over the
lake.  The upper third of my new rod was pointing to the northwest!
Backing was moving out to keep up with the carp. 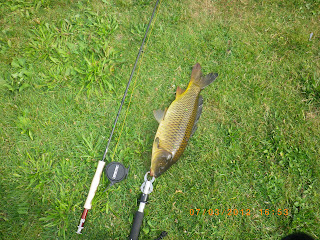 I used the Franco Vivarelli carbon fiber reel, which is not really a carp fly reel.
It is intended for trout.   But it would not be the first time a reel was smashed by
a powerful fish.  The carp slowed as my backing was no longer backing the fly
line.  It was the fly line. 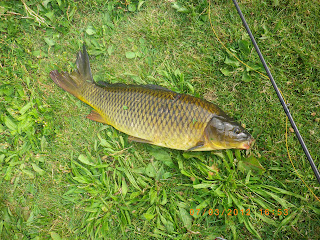 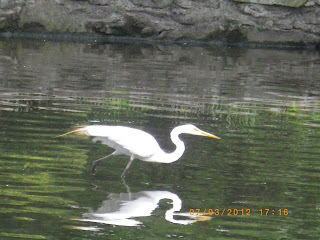 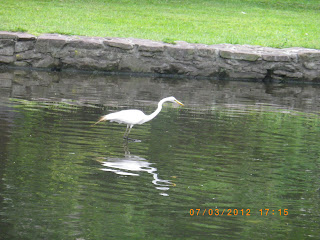 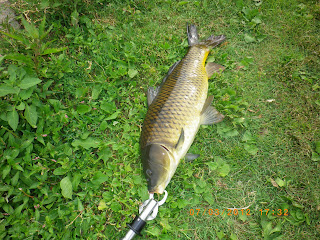 The next evening I took New Jersey Transit to a lake in New Jersey for more
carp fishing. 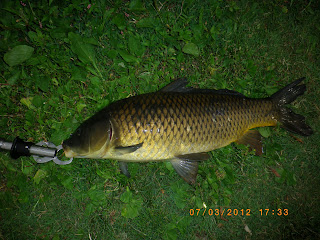