Fly Fishing here and there , October 2015 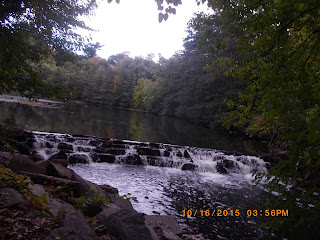 This month things have slowed down and carp are not feeding at the same time I'm fishing for them. 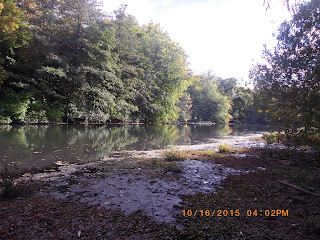 I went to The Bronx River to fish. I saw more large mouth bass than usual, which is good.

Looking west on the river.  Carp that were feeding were sucking things off the river bed 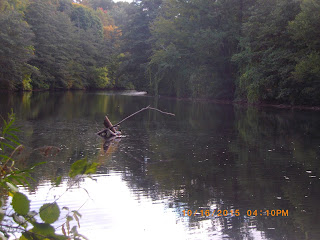 The river looked great you can sight fish for carp here.  They will take egg patterns too. 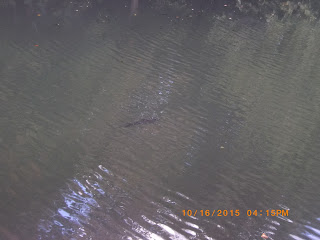 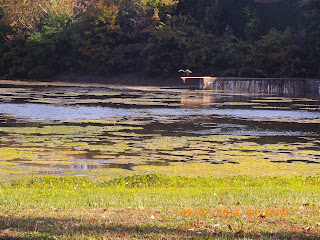 This lake has carp but was covered in algae during a hot sunny day at Crystal Lake in New Jersey. 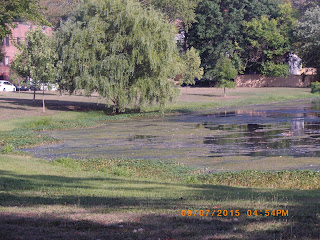 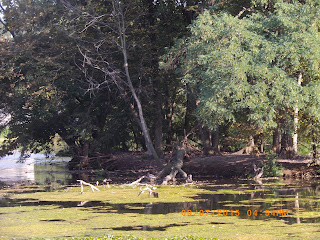 another view from the west side of the lake, messy! 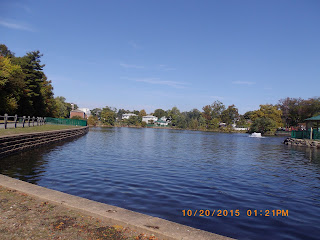 I went to Dahnerts Lake for bass and carp.  Things were slow until  I saw a carp jump out of the water at the north end of the lake.  After I walked to that part of the lake; I was really surprised to see  more than a dozen carp, of varying sizes, feeding.  I ran back to my spot to get my gear and my fly rod.  When I returned to where I saw carp they were still there.  But slowly one by one, the pod moved and swam away.  They never returned. 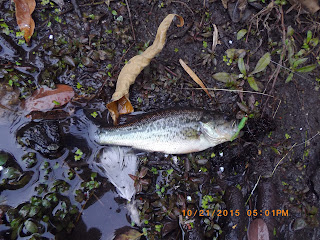 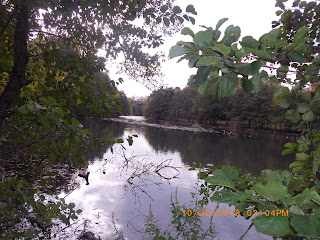 The eastern end of the Bronx River 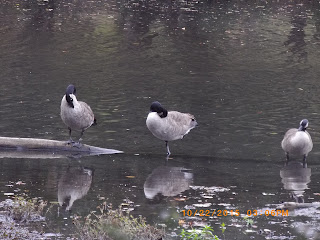 A few Canada geese doing nothing but standing around on the river.

Perch are in the Bronx River too.  This one took a small white woolie bugger. 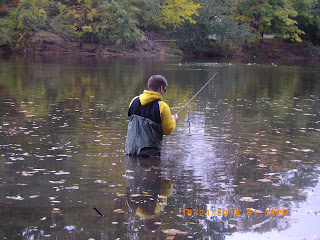 Me and "Two Rods" went to Clove Lake .  We saw signs of carp but only caught catfish. 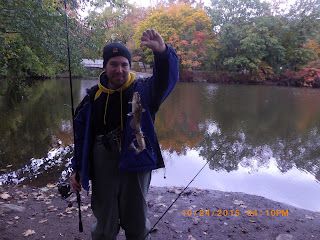 "Two Rods" catching two catfish at a time with bread.
Posted by The Great Lakes of NYC at 7:14 PM