Fishing for Largemouth bass in the Bronx River 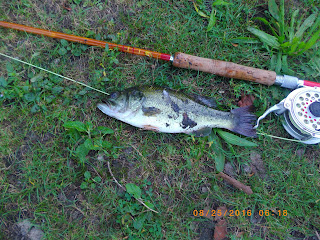 The weather is still ridiculously hot.  Prospect Park Lake is having a fish kill due to the
New York City Park's Department inability to manage the water flow into the lake.
So I went up to Westchester County to fish the Bronx River for Largemouth Bass. 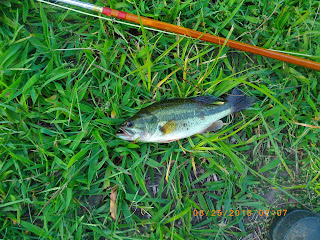 Prior to 2006, The Bronx River was still being used to remove raw sewage from Westchester
whenever the sewer system could not handle a rain storm.  I've caught a variety of fish while
fishing the river.  Bass, Carp and other panfish are abundant in the river. 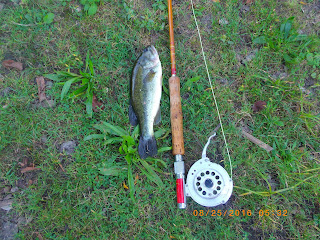 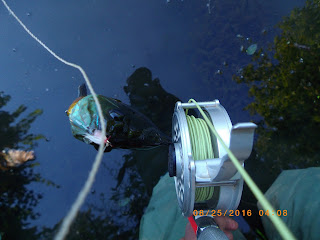 My first fish of the day is this bluegill, about 6 inches, on a white woolie bugger. 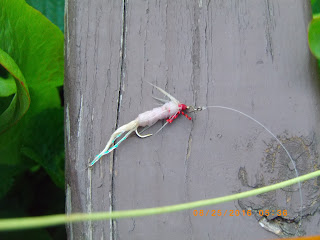 This is my most reliable fly.  I have had northern pike take a second look at this fly while I fished
for carp on the Passaic River. 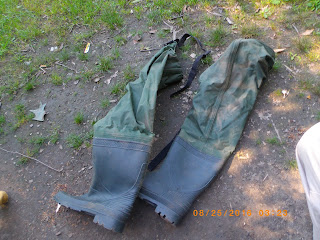 I pulled out my hip waders. 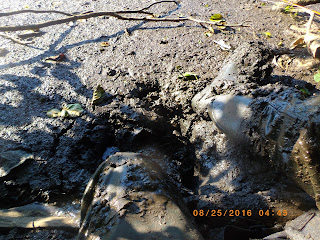 For the better part of an hour, I was almost hip dip in decaying leaf matter at the river's edge.  The
bank looked like it would support my weight but three steps in I was stuck and rapidly sinking in this mess.  Fortunately, I did not panic and was able to get myself out by using a dead tree branch and shifting my weight onto my back pack. 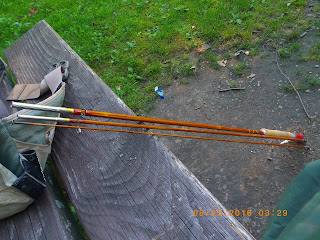 Continuing to fish my old Bamboo fly rod.  It is so much fun seeing the rod bend even when I hook big bluegills. 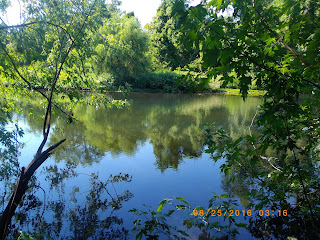 While it was less humid, the air temperature was in the upper eighties; with almost no wind. 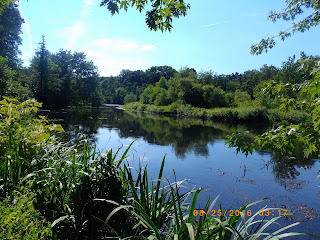 I've wanted to fish this part of the river with waders for a long time.  This section reminds me of trout water.  In fact, before the river became polluted, trout were actually stocked in the Bronx River 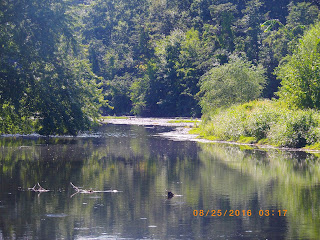 I was surprised at the number of carp pods that swam past me in this section.  Normally,
carp like to hold further west. 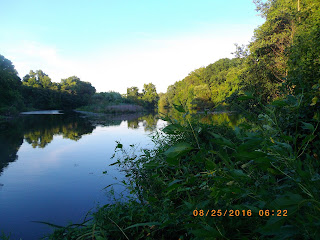 I caught two fish in this section.  I fished a number 10 hare's ear below a pheasant tail.
A bluegill took the PT and a bass weighing more than a pound took the hare's ear.  They were
both on my line at the same time.  I don't know how the bluegill got off but it did. 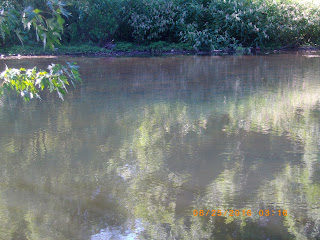 Although they are not visible without you wearing polarized sunglasses, there is a pod of
about ten carp swimming  in the center of this picture.
Posted by The Great Lakes of NYC at 6:33 PM