Fly Fishing in Prospect Park for crappie and Bluegills 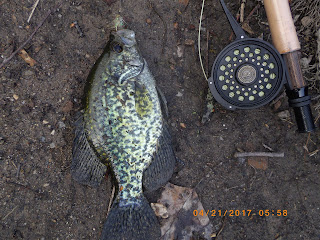 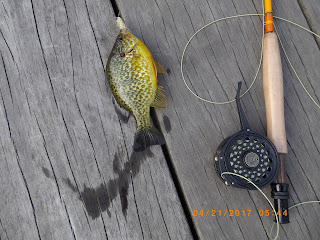 The water was off color but very warm.  The first fly  was a Pheasant tail # 12.  It looked like the fish were not present this afternoon too.  When I changed flies, I noticed that a crappie followed my
offering but turned as the fly reached the surface.  Several more casts didn't get the crappie to
follow or the large mouth bass to hit my fly.  Well, at least they were looking. 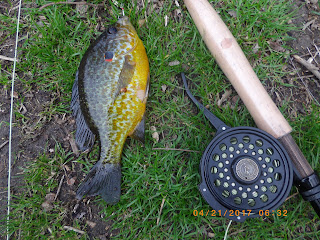 My next fly was a white woolie bugger.  Crappie will take a streamer.  It wasn't long before I had a nice crappie with my woolie bugger in it's mouth.   It appeared to be a keeper (9 inches).
A pumpkin seed was next. 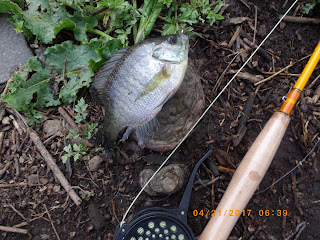 I was working my way back to the place were the carp go to spawn.  There were several koi
visible this afternoon.  This place also has spawning bluegill and bass too.  In fact I saw a few beds
with defending fish sitting  on the them. 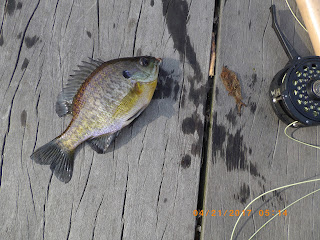 On my first cast in this part of the lake a young bluegill charged and took my fly.  It wasn't
big but it fought well on my 3 weight. 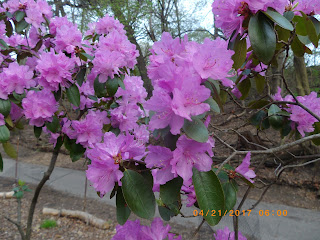 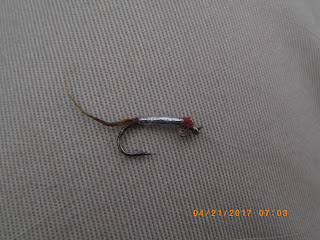 Here is the fly that was taken by the aggressive bluegill.  My friend Dennis tied this and gave me a few. 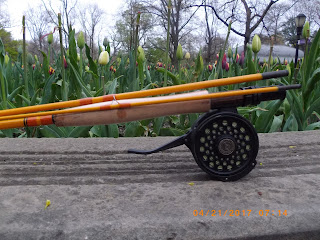 The 3 weight and a Franco Vivarelli semi automatic carbon fly reel.  Works every time.
Posted by The Great Lakes of NYC at 11:49 AM