Pike on the Passaic River 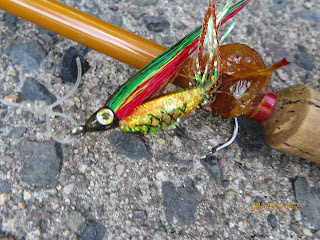 Things have been kinda slow the past few weeks due to Blue Algae. It is in most of the lakes
in the Greater New York area.  Both New York and New Jersey are suffering from this bloom. 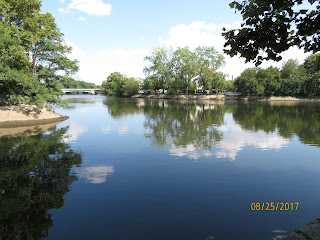 As a result, I have not been fishing as much as I normally do.  However, the rivers seem to be fishable.  So I decided to see if I could catch a pike or two in the Passaic river.  I went to a part
of the river I haven't fished in a long while. 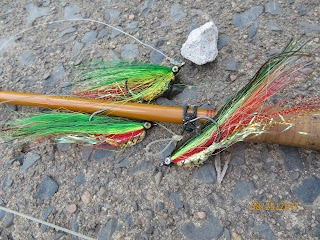 The Passaic River is stocked with Northern Pike in New Jersey. Both the fresh water and the tidal parts of the Passaic river hold big pike; thanks to the department of environmental protection. 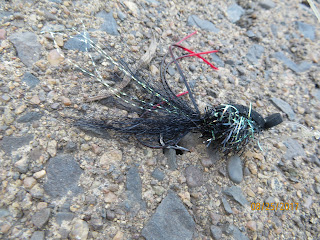 My favorite flies are the six-inch sunfish ( with a rattle) and a big black gurgler.  In the past, these flies have caught pike for me. 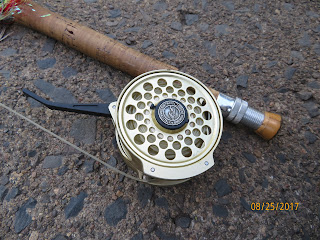 I fished outside of my usual time period.  Normally I fish for them during the new moon cycle.  I like to fish three days before the new moon and or up to three days after the new moon.
This time I fished with the outgoing tide.  The Franco Vivarelli Goldstar is a dependable
semi automatic fly reel; sturdy enough for salt water fishing.  It was matched with my Fenwick fiberglass fly rod, a 7 weight. 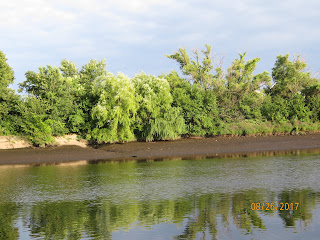 The afternoon was pleasant with almost no wind.  Even the carp which were nearby were
feeding on the surface.  The quality of the water has also improved.  I have fished the river here
since 2004 and in three feet of water, I could see the river bed! 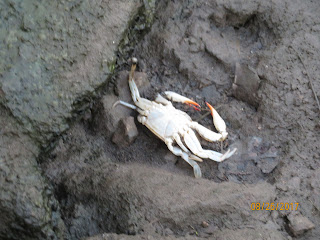 Until a few years ago I never saw crabs here. 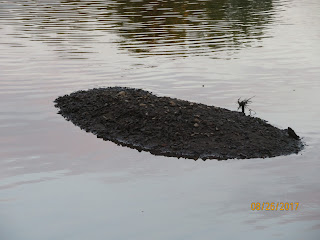 I had no luck catching a pike but as the tide moved out I noticed the tomb of the
unknown carp fisher.
Posted by The Great Lakes of NYC at 12:47 PM