A few years ago I bought a few dozen #12 leech patterns.  They were tied with maribou tails.
Maribou moves with an undulating movement in the  water.  It makes me think of small minnows
swimming in the water.  It is something panfish cannot pass by. 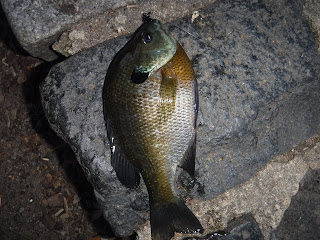 The weather has been unusually hot and fishing during the day is fool hardy.  Fish are dormant
until near sunset.  Algae is still a major factor when deciding when and where to fish.  I like to try catching fish, when it is hot like this, on the west side of Prospect Park Lake. 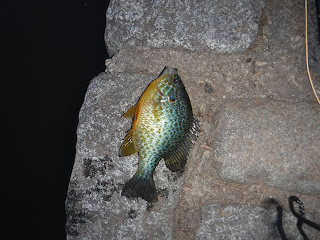 I made several casts to locate where the fish were holding.  The sun was going down and I cast like I was slicing a pie.  Every five feet or so I would move to my right.  Eventually I located some bluegills.  Fish seemed to be taking my fly on the retrieve.  There were no crappie nearby just bluegills. 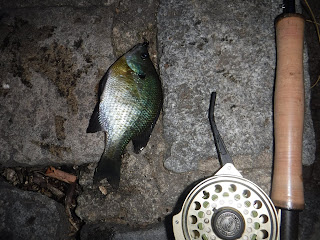 But because it had been a while since I had been fishing, it was fun to catch fish again.
These fish were caught rather quickly.  The hard part was locating exactly where they were holding
before sunset. 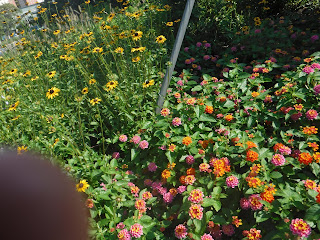