Side by side, Franco Vivarelli GOLDSTAR Vs. Maxcatch Automatic Reel 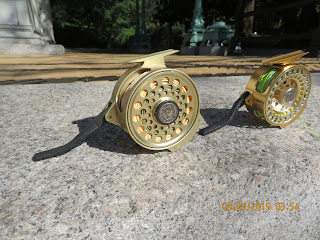 The Franco Vivarelli semi automatic fly reel was the standard by which all other semi
automatic fly reels were measured.  The Goldstar was the epitome.  I caught striped bass with
this reel and twenty plus pound carp.  The spool had the capacity to hold weight forward #8 line.

Today, a new reel by Maxcatch has come on the scene called " Automatic Reel".  It should not be
compared to the heavy spring loaded reel of the fifties.  This reel is a semi automatic like
the Vivarelli.  It has a removable spool and retrieves line with the touch of the lever.  It has a cumbersome drag but it works. 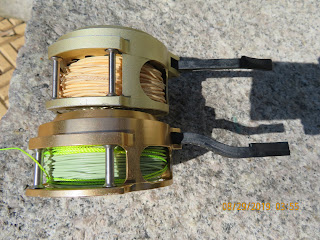 Here the Goldstar and the Maxcatch are shown upside down, side by side.  The Maxcatch
has a small spool which prevents it from holding more than weight forward line #5.
Here it is pictured with weight forward #4. 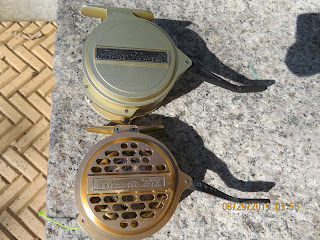 This is a view of both reel's nameplates.  Please note the Philips style screws which hold
the Maxcatch saddle.  It loosened several times while I fished.  I had to buy a #0 Philips screwdriver,
to carry with me when I fish this reel. 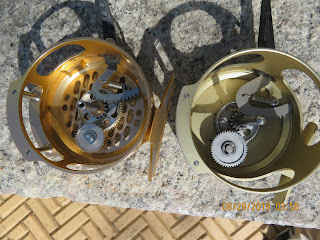 Look at the inside workings of both reels.  They appear to be mirror images. 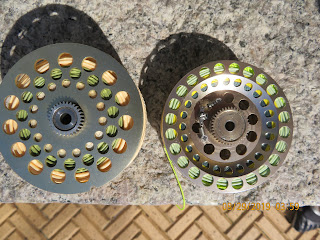 The inside view of the spools is similar but different.  Note that the Maxcatch has it's adjustable
drag here.  The Goldstar does not have a drag showing. 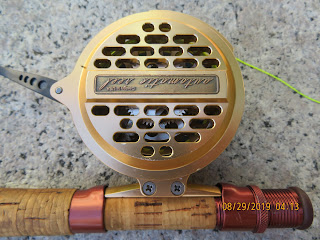 Another view of the Maxcatch and the saddle screws. 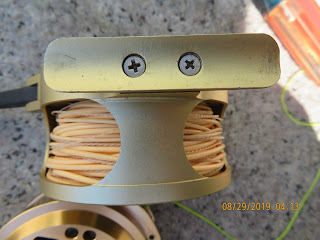 Take a look at how Franco Vivarelli saddle holds. 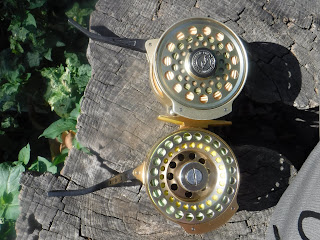 Face up and side by side, the drag adjustment for the Goldstar is activated through a small
hole in the spool cap with an Allen key.  The Goldstar spool is removable by depressing a small
black rod which is located at the spool cap position. 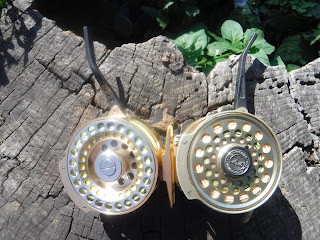 Another side by side view, showing the Maxcatch drag adjustment knob in the center
of the spool. Turn it "clockwise" or "counter-clockwise" to increase or decrease drag.
This reel was delivered by Maxcatch without any instructions at all! 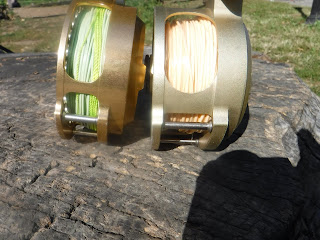 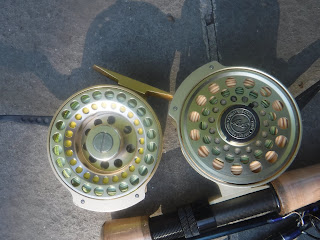 Maxcatch spool can be removed by using a screwdriver and turning the screw counterclockwise. 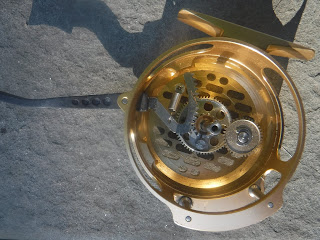 Inside the Maxcatch Automatic Reel 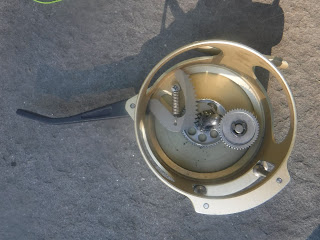 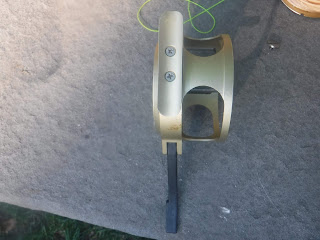 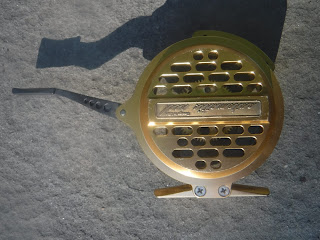 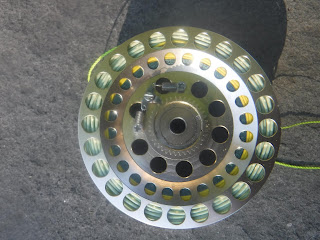 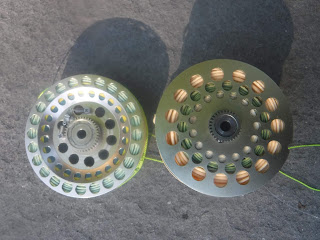 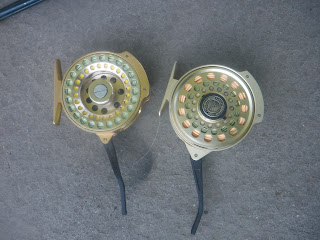 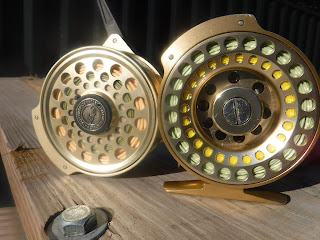