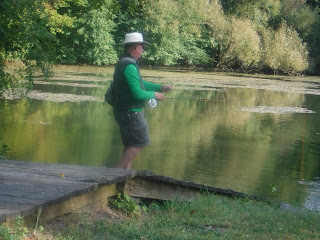 Fred Thorner fishing for carp in Golden Pond.  We met by coincidence.  I was there to try and
catch carp with elk hair caddis. Golden Pond is one of the kettle ponds of NYC. 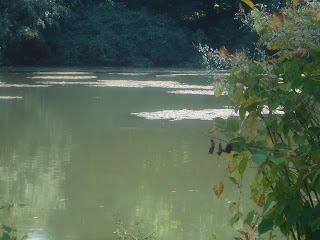 The weather was great the water was relatively clear and the turtles behaved themselves
I  missed a few hook sets. 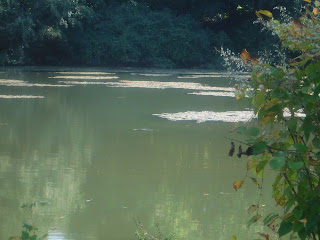 Later we went to several more carp ponds in the area. 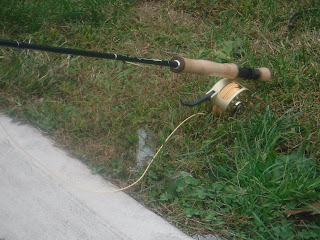 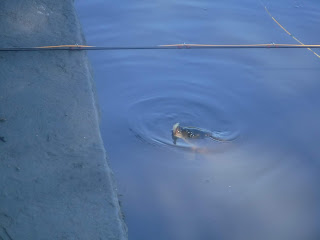 Fred's carp at a small pond in Hempstead, New York 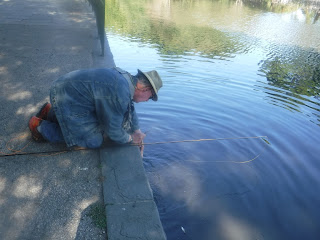 He used a fly tied. with Mc fly material.  The fly is slow sinking! 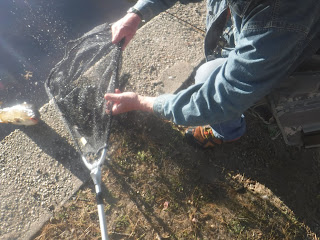 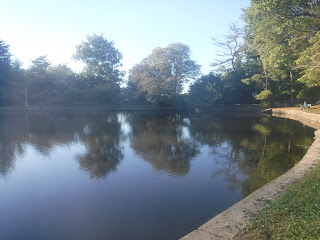 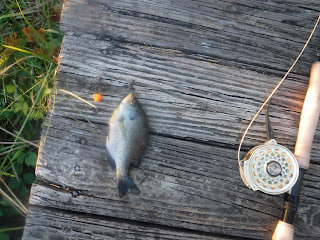 All I was able to catch in Golden Pond; on an egg pattern soaked in floatant. 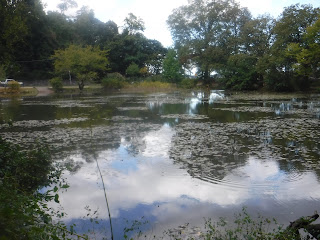 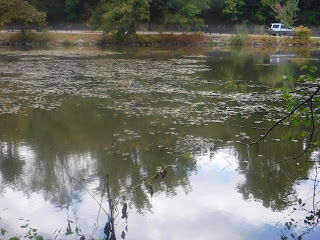