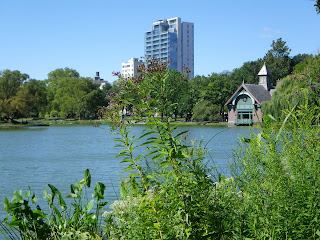 I headed up to Central Park for some power fishing( fishing for two hours or less). My first stop was the lake at 72nd street but there were too many people. 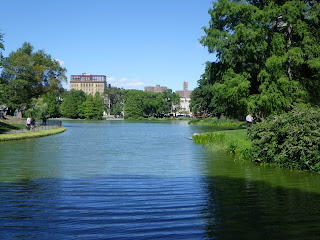 My next stop was the pool at 103rd street. There I met two Australians eating lunch in the warm afternoon sun. One man offered me money if I could catch a three pound bass. I laughed and told him that if I could do that he would have to watch me on television. I tied on a white BH woolie bugger and made a few cast to spots where fish like to hold. If wasn't long before I had a fish. 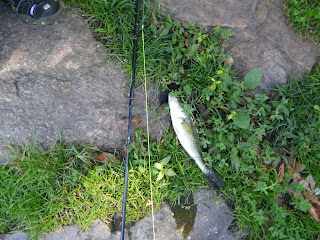 I landed a bass, about a pound or so. I yelled for the two Aussies. I showed them the bass but declined the three dollars they offered me for my performance. 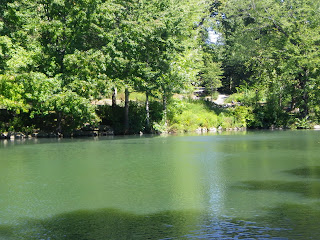 As they left the park one man handed me a 5 dollar Australian bill.