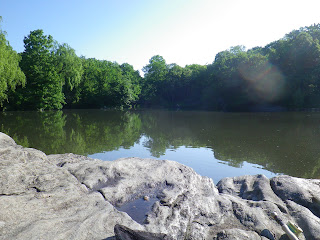 Dennis & I returned to the park in the morning.
There was no wind on the lake. I set up and waited
But unlike the previous evening no carp were
feeding. 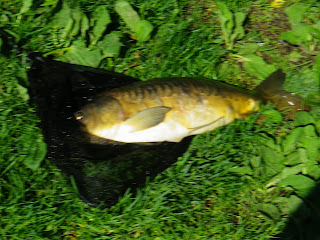 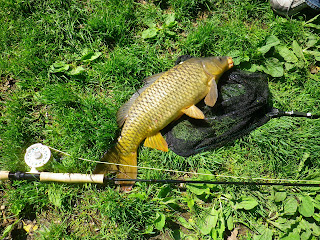 I landed a big carp with the aid of an 8 wt March
Brown fly rod and my net which shortened
the time needed to beach this one. 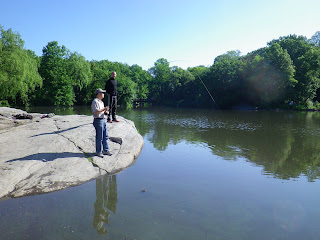 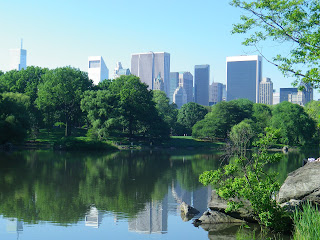 Looking south at the lake.

*Mirror carp are a type of fish, commonly found in the United Kingdom and Europe. The name "Mirror Carp" originates from their scales' resemblance to mirrors. They can grow in excess of 60lb - the last few British record fish have all been mirror carp.

The difference between mirror and common carp is both genetic and visual - biologically they are similar. The mirror carp was the first mutation of common carp, owing to two alternative genes, the S allele and the N allele. The genetic term for a mirror carp is "ssnn" (all minor). Common carp have an even, regular scale pattern, whereas mirrors have irregular and patchy scaling, making many fish unique and possible to identify individual fish by sight, leading to most carp in the UK over 40 lb being nicknamed. This lack of scales is widely believed to have been bred in by monks in order to make the fish easier to prepare for the table.
Posted by The Great Lakes of NYC at 3:53 PM