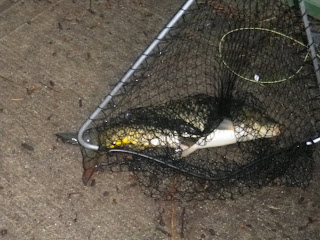 I got a call from Dennis, Sunday morning.
He called because it was raining. Many times
carp feed during showers. So we decided to fish
in Central Park. The lake is quiet with almost
no visitors while it rains. 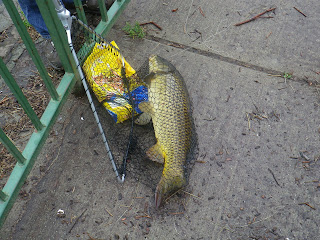 By the time we met, it had stopped raining
We tried to fish but there were no carp feeding
at 1:00pm in the afternoon. I decide to leave
the state of New York for the more accommodating
waters of New Jersey. We arrived there just before
4:00 o'clock. 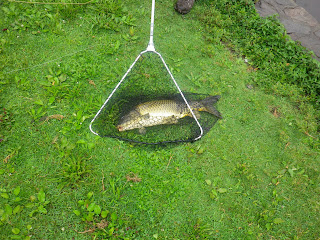 First Dennis, then myself hooked fish. The
water was murky and I had not bought my
sunglasses; so sighting fish was nearly impossible.
But fish were feeding on the surface so fishing
was productive. 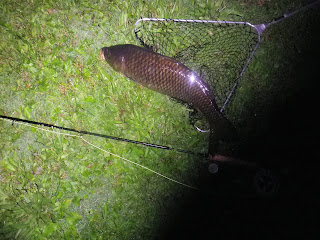 By night fall, between the two of us we had caught
more than 20 carp; not bad for plan B.
Posted by The Great Lakes of NYC at 8:09 PM