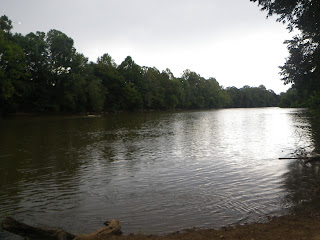 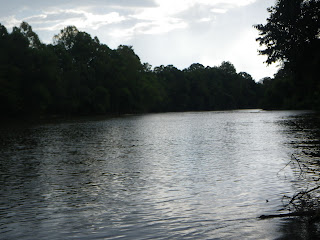 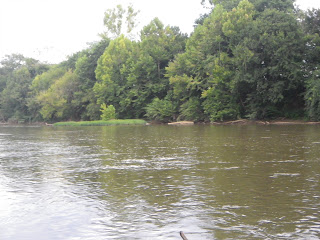 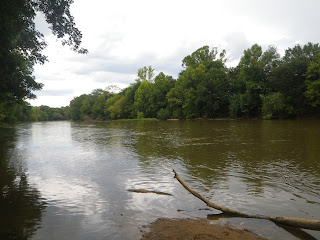 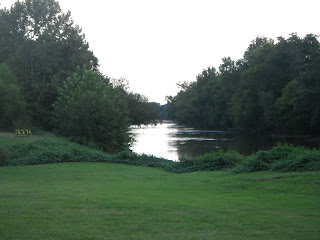 Spent several days in Danville, Virginia. Finally
got to fish Dan River. I had visited her as a boy
but never had a chance to fish this unique river.

The Dan River is a river of contrasts - even contradictions. But it also has similarities like the brook trout and striped bass. Both fish fight hard, but do not leap- and both are naturally occurring.
The Dan River originates high along the eastern slopes of the Blue Ridge Mountains in Patrick County and flows easterly until it empties into 50,000-acre John H. Kerr Reservoir (Buggs Island Lake) near Clarksville, Virginia. The Dan River is a stream for all seasons and the choice of a variety of anglers. It's hard to imagine while standing on the banks of John. H. Kerr Reservoir that four counties to the west, the Dan River is a sparkling mountain stream and home to the native brook trout.