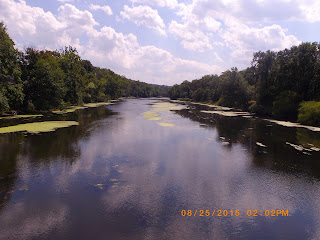 I spent a few hours hunting for smallmouth bass and carp in the Passaic River.  I was surprised
that I saw few feeding carp in an area where I had caught a huge carp last September. 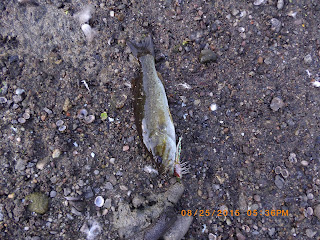 I quickly got back on a bus and rode to an access point near Woodland Park.  I did catch
a small smallmouth bass using my go to fly, a white woolie bugger but carp were not feeding
there either. 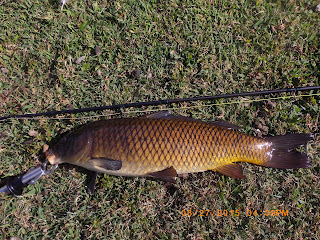 The next day started slow as I fished my white woolie bugger.  Carp were foraging  in the
shallow part of a lake.  Try as I might, cast after cast to feeding carp was ignored.
I was using a 3X tippet with a non slip knot.  Finally I had a take and the fish had me watching
my backing peel off my reel and then my tippet snapped.  The fish was gone. 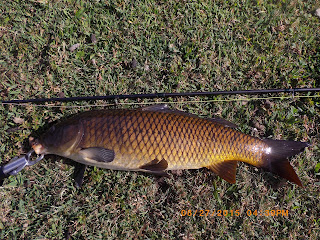 I sat down and tied on a 2X tippet.  My assortment of fluorocarbon tippets is a few years
old and it may be time to throw out the old.  I hate losing fish but especially when the lose
is due to using equipment that has become old and brittle. 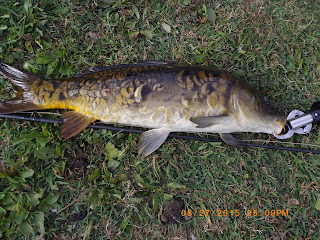 The change in tippet worked.  The next carp fought long and hard but was landed, photographed
and released. 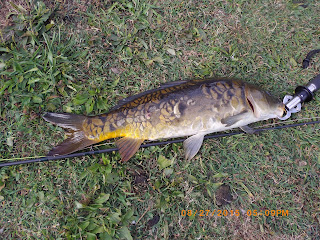 The next fish was a beautifully marked Mirror Carp.  I was especially happy that I didn't lose
this fish.  I have caught a few mirrors each year but I have never seen markings like this. 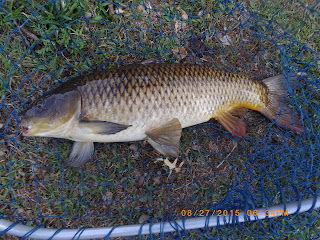 The most exciting way to fish for carp is dry fly fishing for them.  The very first carp I ever
caught was taken on a deer hair fly that was about 30 feet away from where I stood on the
river bank.  Stealth, Patience and Accuracy must be used to catch carp while fishing with flies 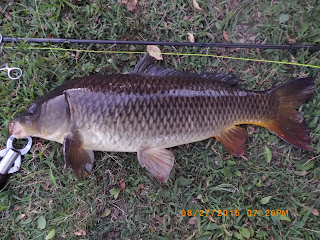