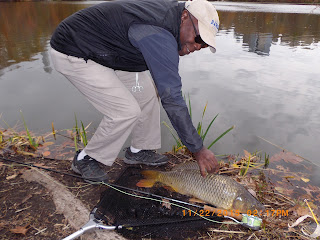 I'm in the process of trying to wrap up this fishing season by catching fish until it is too cold for
me to catch fish.  My hands are especially sensitive to cooler weather. 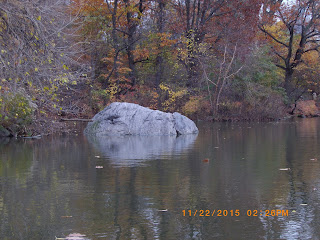 Jay and I met at the 72nd street to fish Loeb Lake.  Air temperature was about 50F.  The sky was cloudy
and water was cool.  No turtles were seen which is good when fishing for carp. 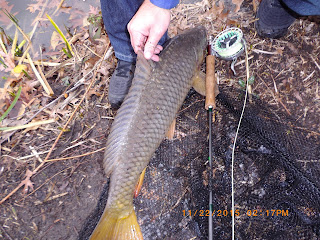 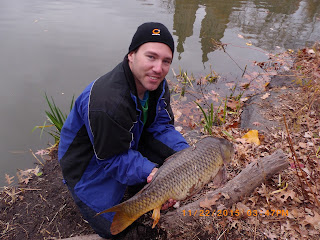 Jay with one of the two carp he caught. 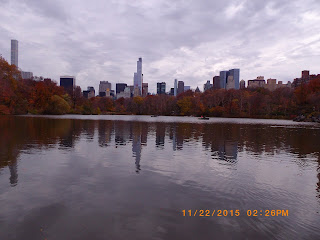 As the afternoon passed the temperature began to drop and my fingers became numb.
I could bearly move my fingers by  the time I landed my second carp.  I had difficulty playing
the fish.  Muscle memory took over and Jay's net saved the day.  I hope to keep fishing until
winter but I must be able to keep my hands warm. 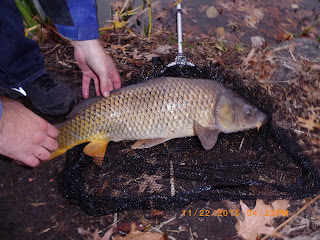 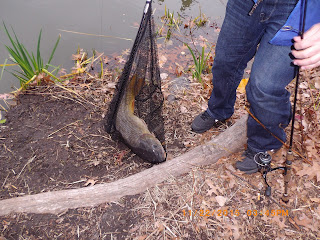 I think this is a photo of Jay's second fish in the net. 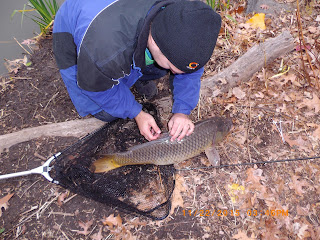 We had a good day of late fall carp fishing.
Posted by The Great Lakes of NYC at 1:44 PM