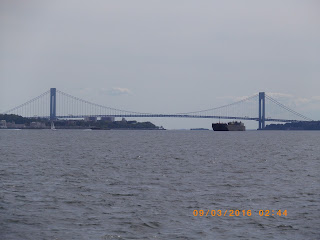 I took the Staten Island Ferry to Staten Island.  The Verrazano Bridge is in the background.  It links Brooklyn with Richmond County, also known as Staten Island.  I've actually crossed the bridge while
riding on my road bike; it was closed to motor traffic.  It is surprisingly steep but once you get past the middle, it is all down hill! 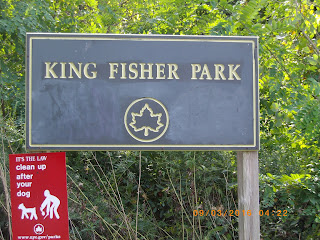 My destination was a kettle pond.  The last time I was here  I saw lots of feeding fish.  I brought my hip waders as the ground here is very soft and muddy. 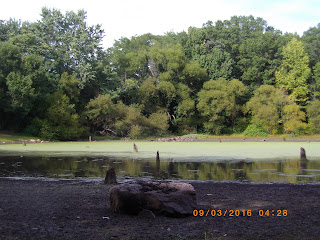 When the weather cools off a bit I plan to visit Eibbs Pond.  It is New York City's largest
kettle Pond. 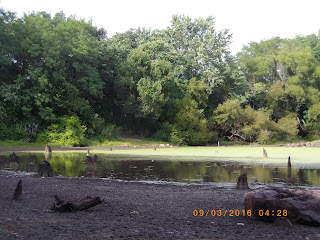 King Fisher Pond is shallow and has turtles too.  Note the tree stumps. 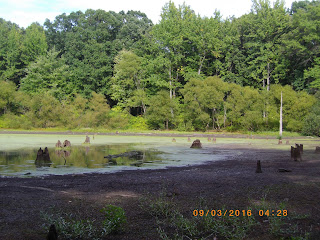 When I arrived it was hot and extremely humid.   There were mosquitoes buzzing in my ears.
Duckweed was covering most of the pond and I saw no indication that fish were feeding
anywhere. 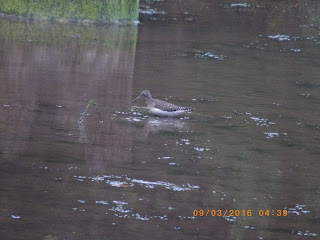 Water levels in wetlands are variable, influenced by the underlying rock and soil makeup, rainfall, season, and ground water inputs. Despite these variable conditions, freshwater wetlands teem with life. Vegetation ranges from plants that float on the water’s surface, such as duckweed (Lemna) and watermeal (Wolffia), to trees of the upland swamp forest, like red oak (Quercus rubra) and silver maple (Acer saccharinum). Freshwater wetlands are critical habitat for native wildlife, providing breeding grounds for amphibians like the spotted salamander (Ambystoma maculatum), which spends one or two years in the water before emerging as an adult. Wood frogs (Rana sylvatica), spring peepers (Hyla crucifer), and Fowler’s toads (Bufo woodhouse fowleri) also breed in kettle ponds, filling the woods with their courtship songs in spring. 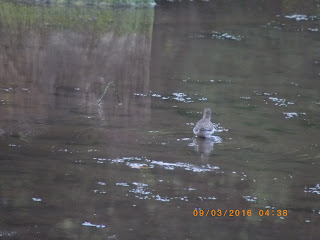 Kingfisher Park’s wetlands support diverse wildlife. In 1999, during a bird watch, wildlife enthusiasts counted 35 distinct species of birds. In addition to the belted kingfishers (Ceryle alcyon), the park is also home to glossy ibises (Plegadis falcinellus), herons, spring peepers, great egrets (Ardea alba), and snowy egrets (Egretta thula). The pond is home to frogs, turtles, catfish, sunnies, and carp. The trees and undergrowth provide a backdrop for wildflowers such as the swamp rose mallow (Hibiscus palustris) along the water’s edge and the unusual pink lady’s slipper (Cypripedium acaule), a large, cucumber-root plant. In addition to housing these native species, freshwater wetlands also provide resting, breeding, and feeding grounds for hundreds of thousands of migrating birds. Many of these birds arrive in New York City only twice a year as they travel along the Atlantic flyway, a major migratory route.