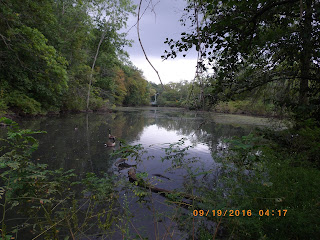 I've been here a few times.  What prompted this visit was the hot humid weather we had this
summer.  This pond is located just south of a reservoir in Westchester.  I thought that  because
it is near the reservoir the water would be cooler and less likely to produce algae. 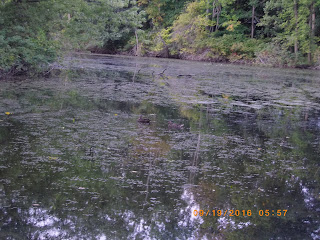 My theory makes sense but algae was all over the pond's surface.  I located an open area where carp
were feeding.  I tried to fish but there was so much plant growth beneath the surface that I could not
see anything. 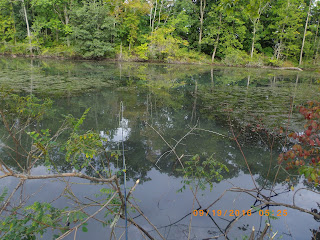 This is the spot that was kind of open.  Note the bush that is in front of the water.
I had to roll cast over the bush and try to place my fly in an area that appeared to be plant free.
I gave up and moved  to another spot at the south end of the pond.  But it too was covered by underwater plants.  Meanwhile, carp were feeding on the surface on the eastside of the pond. 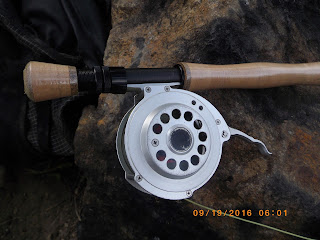 It took a while to bushwack my way through the underbrush on the eastside.  There were thorns and poison ivy in that area; so I had to be very careful as I picked my way through the brush.  I never got a chance to take a shot at the surface carp. 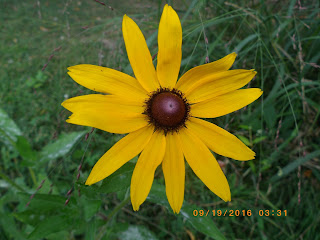 Just as I got to the feeding carp, It moved to the center of the pond.  It continued to feed and
I made my exit from a forest of thorns. 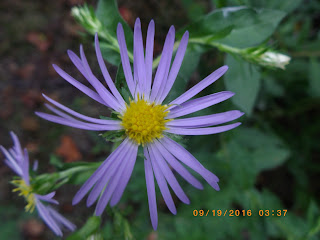 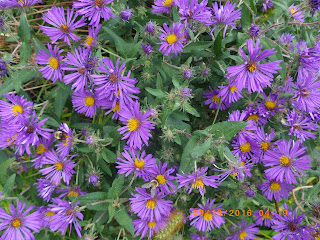