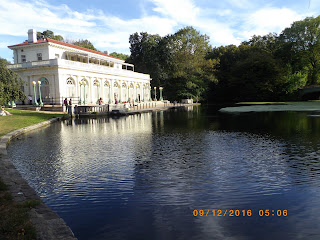 My fishing buddy Dennis and I have been trying to catch a few carp here in New York City.
We have seen a lot of turtles but very few carp; in part due to the hot , humid weather we've had and
the algae bloom in the shallow lakes of New York City. 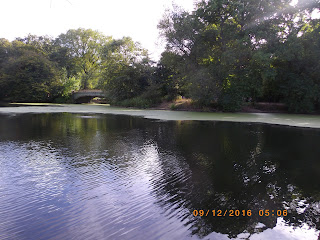 We have been skunked a number of times this past August at Loeb Lake in Central Park.
I think the key to catching fish during the heat wave is to have some idea when fish are feeding.
Prospect Park recently had a fish kill due to the poor water conditions in the cities second largest
lake. 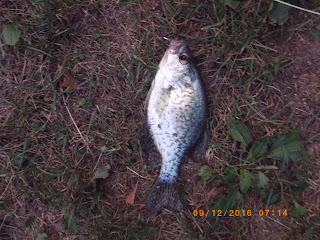 We heard that a couple of carp had entered the water in front of the boathouse.  However,
when we got to the boathouse, the surface of the lake was covered with duckweed.  We couldn't see anything.  Dennis suggested that we fish for bluegills and crappies. 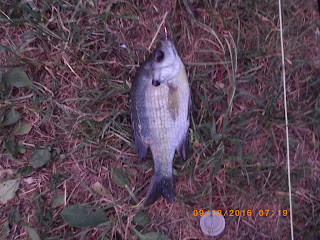 So we walked to the west side of the lake.  There we caught quite a few bluegills and crappie
on small dry flies and streamers.  Not bad for a hot summer afternoon. 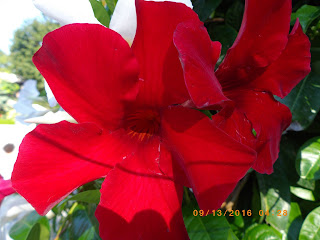