A day on Staten Island 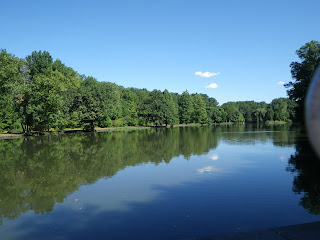 We gathered outside of Prospect Park Friday morning. The plan was to fish on Staten Island for carp and bass. I chose Willowbrook Lake, Grasmere Lake, Cloves Lake and Silver Lake. The weather was great, not too warm. First stop was Willowbrook Lake. Willowbrook has bass and a decent carp population. Early, things looked promising as Dennis caught a nice bass. I got the carp pellets out and began the process of trying to get carp to actively feed. After fishing for bass for an hour, we started to target the carp. Nothing we tried could get the carp to feed on the surface. We left for Grasmere Lake, home of big bass. 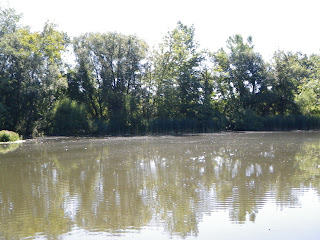 another view of Willowbrook Lake 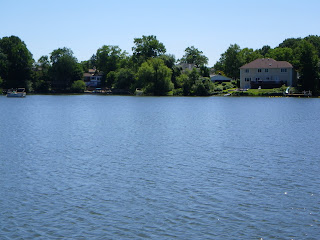 Grasmere Lake is unique in that it is one of several lakes that are invisible to the general public. There is no maker or sign to indicate the location of the lake. I heard of the lake a few years back from a fisherman as we passed in the Staten Island ferry terminal. It took some research and miles of walking to find the exact location. I actually walked passed the entrance the first time. Friday morning it was our second stop of the day. We set up and fished the lake but after two hours, all we found was evidence of poaching. 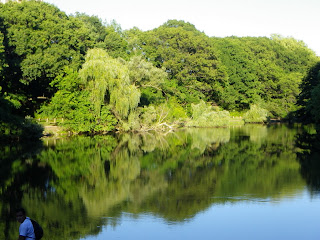 Next stop was Cloves Lake. It has aggressive catfish, bass and a large population of big carp. No one caught any bass or carp. The only fish I was able to catch were a few BGs. 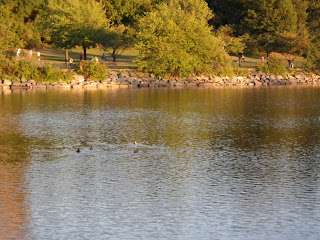 At Silver Lake we were able to catch bass with fly rods! This particular spot is a reservoir and you must fish from a road that crosses the reservoir. You simply let your line fall down into the reservoir until it touches bottom. Sink lines or heavy flies only here. But the group pulled almost two dozen bass in the hour and a half of fishing there before it got dark.

We had put in another day of Urban Fishing in NYC, twelve hours of almost non stop fishing. One eat and run meal at a local deli but the rest of the time, we fished.
Posted by The Great Lakes of NYC at 4:17 PM