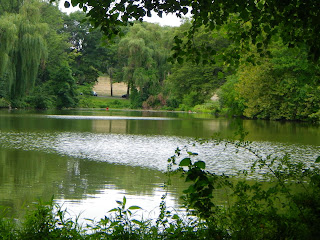 Dennis and I ended the week fishing in Queens for carp. Our first stop was at Golden Pond near the Little Neck Bay. We were unable to get any of the many carp in the water to take our flies. 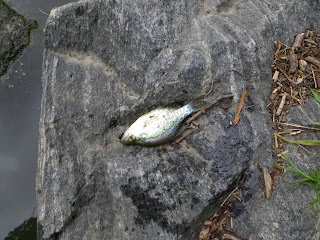 I was able to hook my first crappie there on a #14 BH black woolie bugger. 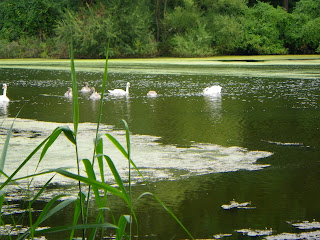 Next we went to Oakland Lake, near Queensborough Community College. The shore of the lake was covered by lily pads and duck weed, it was unfishable. 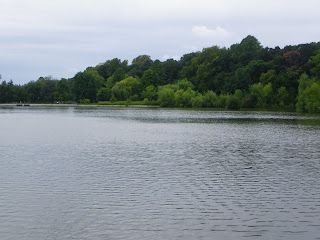 We returned to the bus stop and boarded a bus headed to Kissena Lake. On our way there we passed Bowne Park, a little known park that has a pond. At Kissena park, we used chum to raise the carp but as soon as we were ready to fish a crowd gathered and frightened the carp away. We then fished on the less populated south shore and waited for the evening. As darkness covered the park, we chummed with dog biscuits and the big carp began to stick their mouths through the surface of the lake. It began to rain and it was a steady rain. We continued to fish. We were not wet ; we were determined to carp. Finally Dennis had one on his line. The rod was bent and the reel whined zzzzzzzz! I put my rod down and grab the Boca grip. I waited, it was a strong fish who eventually pulled the hook from its mouth. Aside from a runner doing laps around the lake, we were the only two there, fishing, carpin in the dark. 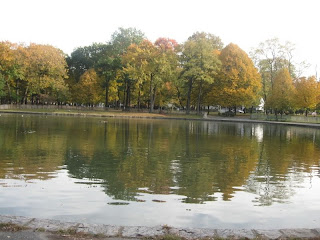 Bowne Park
It is named in honor of Walter Bowne (1770-1846), who served as a State Senator and as New York City Mayor. Mr. Bowne's summer residence stood on this property until March 1925, when fire destroyed the building. 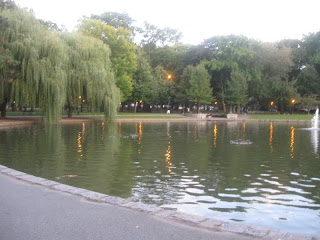 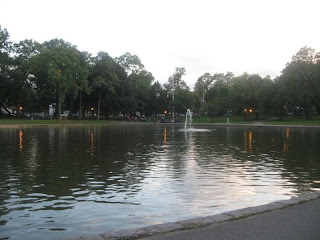