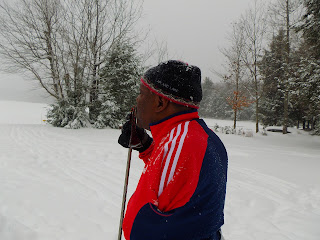 Winter is finally here and there is snow on the ground at Lapland Lake.  It has been more than a year since
I've been able to go skiing in December.  In the past week more than a foot of new snow has  fallen here. 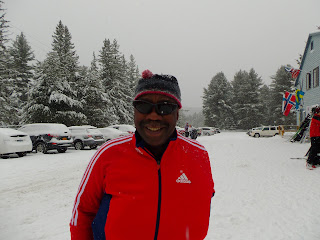 My grand daughter and I packed up this morning and drove here  from New York City.  This
is our favorite cross country ski area.  The owner was a member of the 1960 Olympic Team.
I have skied in many places both nationally and internationally and this place has the best grooming. 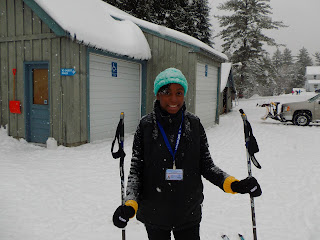 My grand daughter is 16 and has been skiing since she was four years old.  She can ski the expert trails
with me.  Today she got to ski on a real pair of racing skis.  I've waited many years for her to
reach this point.   These skis were used by me during the 1992 Olympic Trials.  They are fast skis
and still shine from wax. 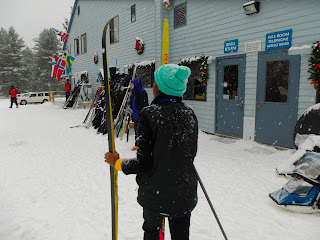 We skied some of the easy trails today as this is our first time on snow since last March.
Almost two hours of slow steady skiing; checking for what felt good. 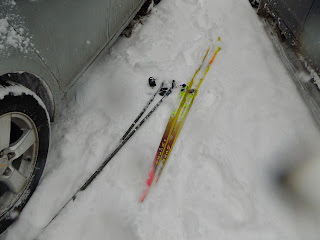 Here are the skis.  They are the Peltonen Supra, skate ski.  They have 3 grooves in the tail
for better tracking.  They are like new as far as mileage is concern.  Skis are not race ready until
they have been skied sixty miles or more. 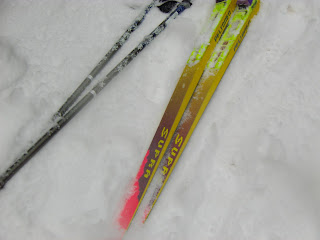