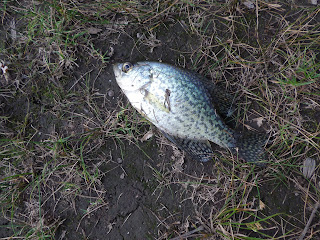 I have fished the lakes and ponds in Orange.  I wanted to see this pond because it look like
it could be a good place for carp.  Someone had told me that fished had been stocked in the pond
in late spring this year.  Since it was a humid, hot afternoon when I arrived; I did not begin to fish
until the lake was covered by the shadow of the trees. 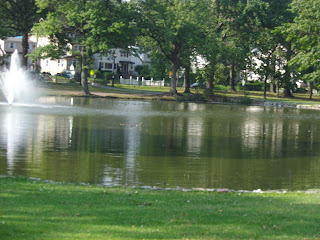 I wanted the fish to begin to feed as they often do as the sun begins to set.  The water was
not clear even though there was an aerator.  I used an unusually small fly, for me, a #16
bead head prince to start fishing.  It wasn't long before I had caught a young crappie. 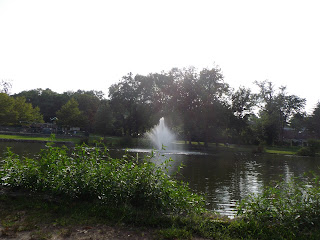 I wanted to see if there were other fish that would take a small innocent looking fly on
a 6x tippet.  I moved around a quarter of the pond and caught another young crappie.
I switched to a woolie bugger and fished the same area again.  This time not one bite. 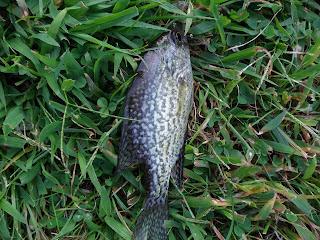 Orange Park, considered to be part of the original county park system designed by the Olmsted Brothers, is a beautiful 47.63-acre park situated between Central Avenue and Center and Harrison Streets in the City of Orange. It's the park system's sixth largest park.
Property for Orange Park was purchased in 1897, making it one of the nation's oldest parks. Such a large acquisition was thought wise at that time because it was the only available open space within the city's limits and these areas were rapidly disappearing. Originally the land was low and marshy and served as a catch basin for surface water from the surrounding territory. By 1899, the land was completely under-drained and converted from a marshy bog into a beautiful and usable playground. A small lake was excavated near the center of the park. Little planting was necessary due to the fine character and abundance of trees on this land. In 1986 the vehicular through-roadway was eliminated, restoring the pastoral setting for recreational activities, as originally intended.