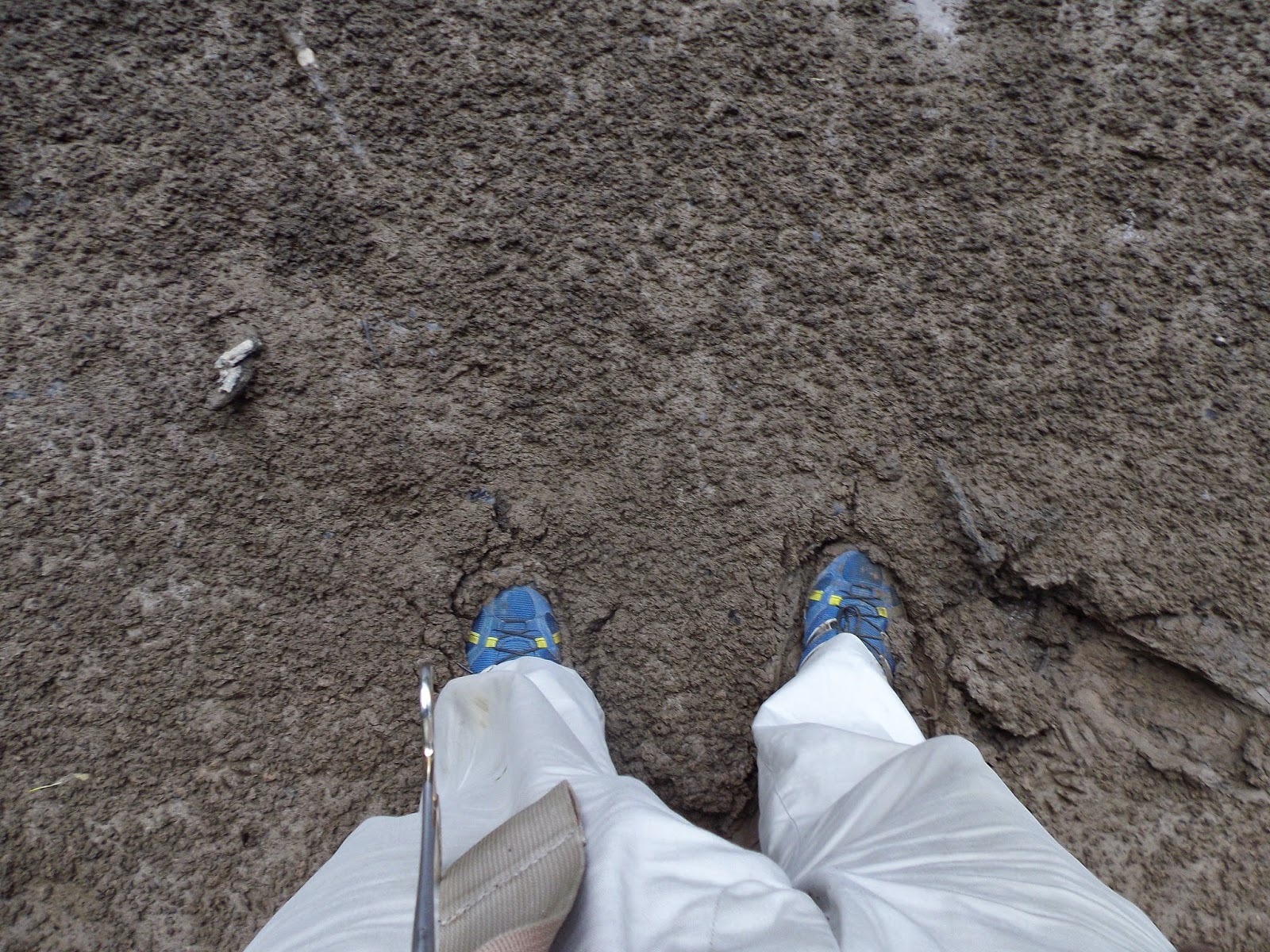 I'm in mud up to my ankles at this section of the Passaic River. 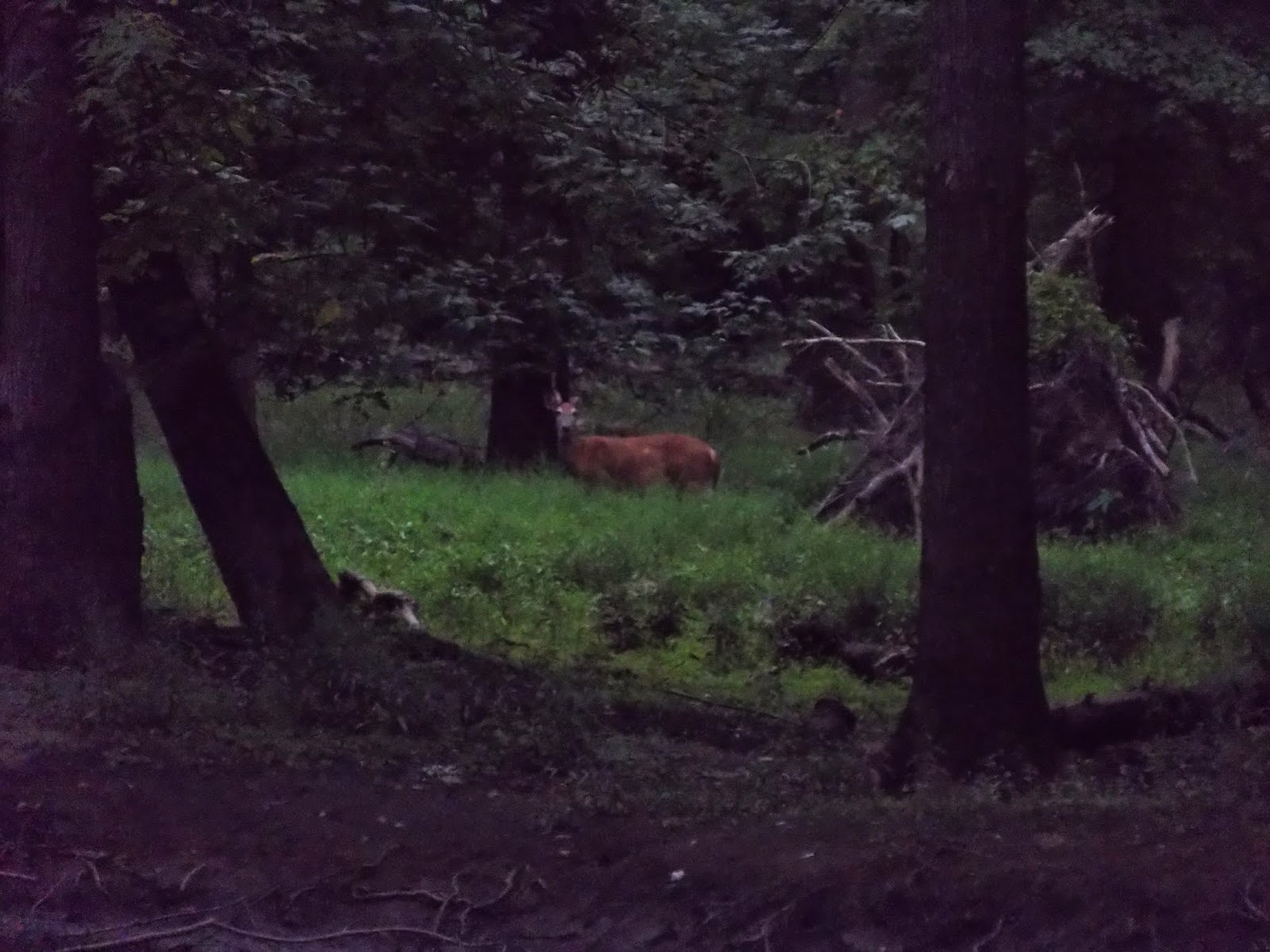 While looking for fish I spotted this white tail deer on the other side of the river. 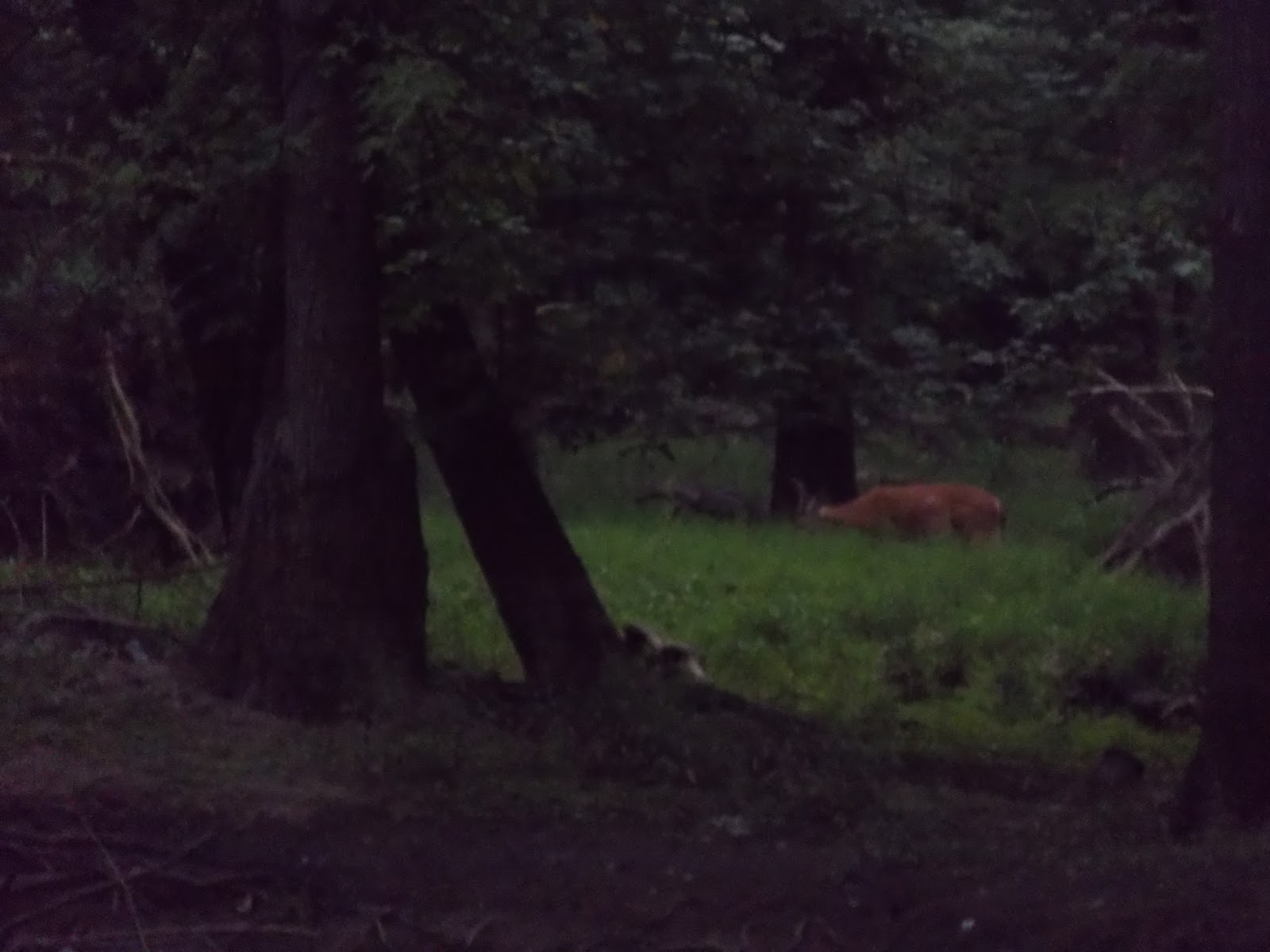 I don't know who saw who first but I was the first to take a picture. 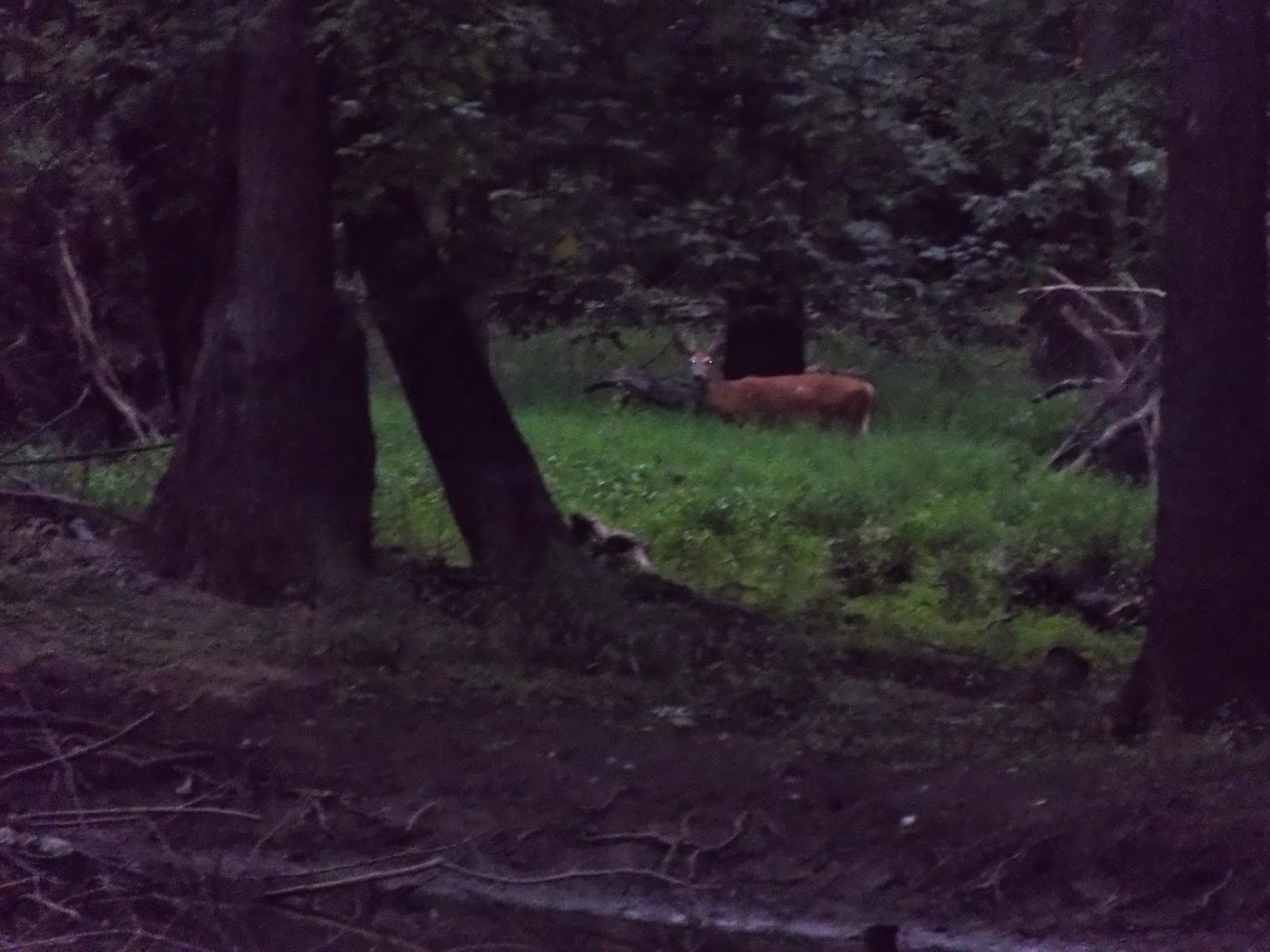 The Passaic is 130 kilometers long and has a long history of pollution but efforts are being made
to remove the pollutants in the river where the river was damaged by local industries.
When I first started to fish the Passaic, the river actually had an odor.  My fly line was soiled and greasy
after fishing there.  We still can not eat the fish in the river below Dundee Dam.  However the water
looks cleaner and clearer.  Large mouth, Smallmouth and Stripe bass can be caught as well as panfish,
carp and Northern pike. Water looks still but it is not there is current but I saw only one fish jump during my visit. 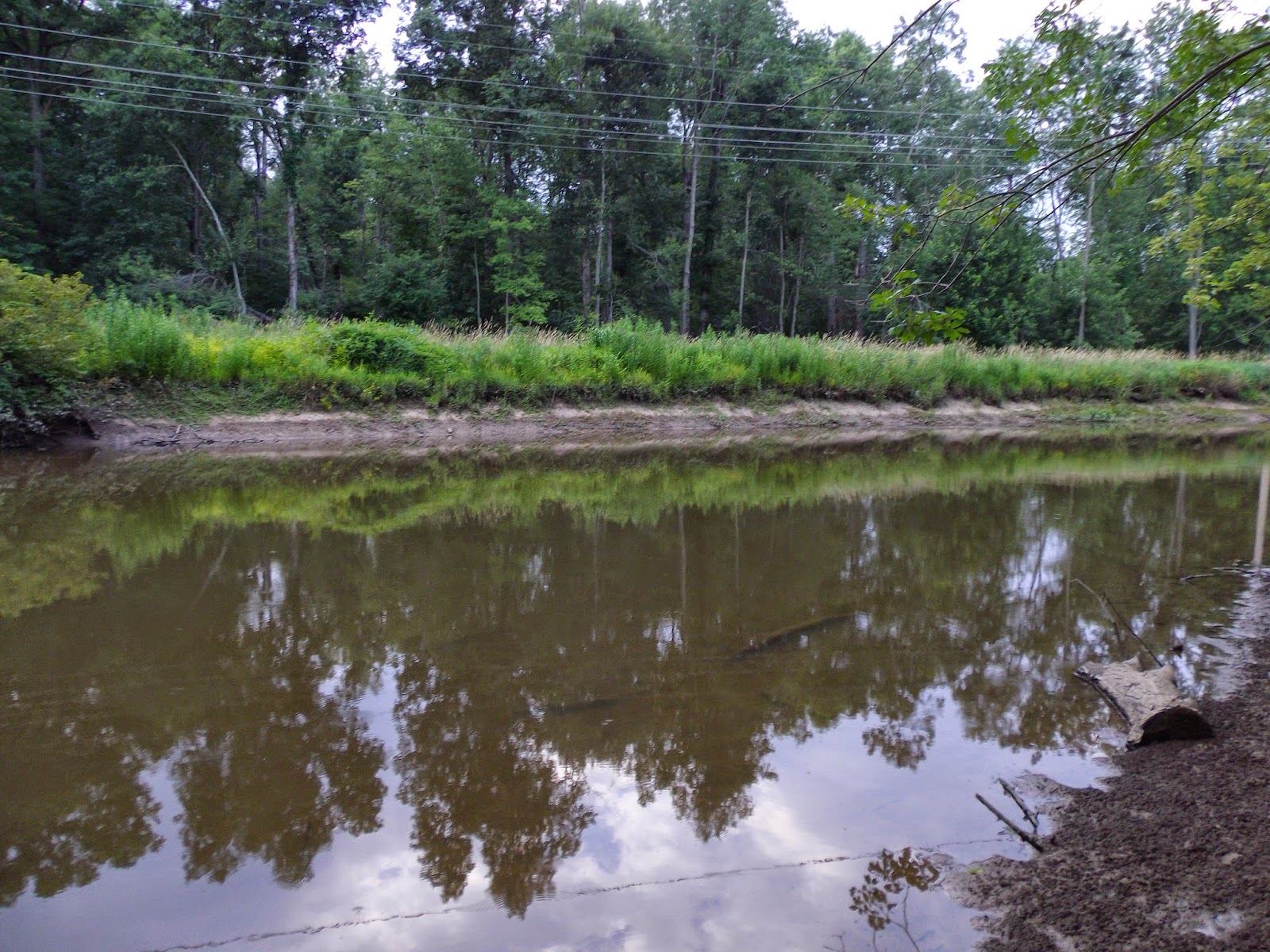 I also saw that the water level is about 60 mm lower than normal.
Posted by The Great Lakes of NYC at 12:36 PM