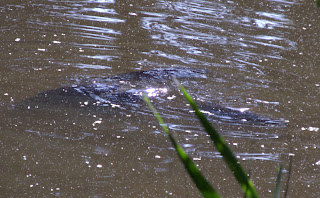 Carp had already starting to eat midges by the time I reached Clove Lakes.  It was like watching the hot dog eating contest at Coney Island with pushing and shoving! 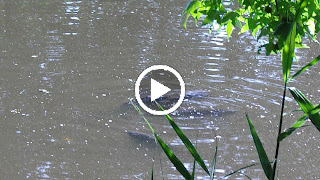 I have only witnessed this type of feeding once before. There used to be a hatch like this
in Prospect Park Lake.  Every evening at 6:00pm, bluegills and crappie would eat
just below the surface like this. 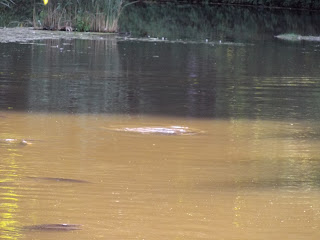 I counted about thirty fish, swimming and eating in groups of five and six. 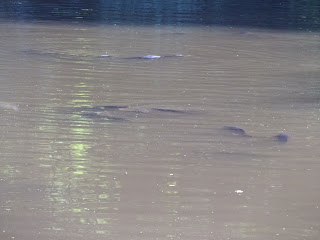 They moved within a few feet of the shore and back out to the middle of the lake.  They
gorged themselves with unseen delicacies and ignoring everything else. 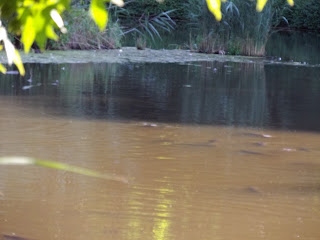 I fished a nymph pattern (#20) under a dry fly but apparently it was too big. 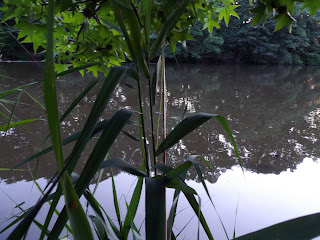 I had a small area in which to stalk but this is typical of urban fly fishing.  In spite
of the trees and bushes, I was able to put my fly on the lake (about a 20 foot side arm cast). 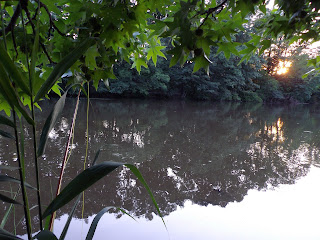 Note the tip of my rod between the the leaves on the left. 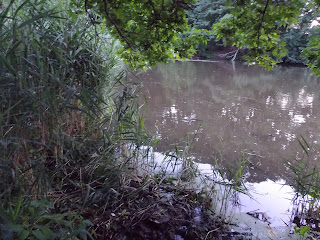 I stood the whole time in water up to my ankles , wet feet trying to catch carp on a fly!