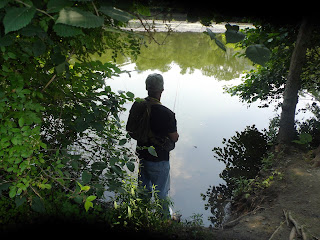 I met a fishing buddy at the Metro North train station.  We planned to fish New York City's
only fresh water river for carp.  The purpose of this outing was to get Reg his first carp on a fly. 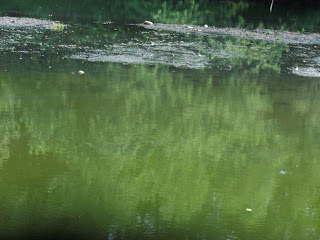 There are carp and panfish in the river from North White Plains all the way down to the Bronx
at River park.  However, even with mulberries hanging above the river from mulberry trees, we were
not able to catch any carp.  Carp were suspending in the river but not feeding on anything.