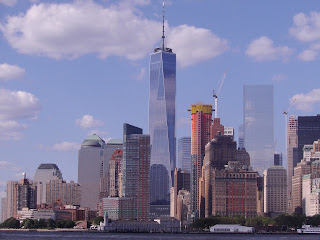 A picture taken from the Staten Island Ferry, as it crossed the harbor to reach
Staten Island. 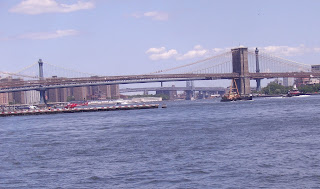 Every time I  pass The Brooklyn Bridge, I remember being "topside" on the USS Hardhead,
SS 365 as my Naval Reserve Unit went to sea.  We sailed from the then Brooklyn Navy Yard
under the bridge and out into the Atlantic Ocean.  The Atlantic is rough during late fall
and the waves came over the sail as we waited to dive. 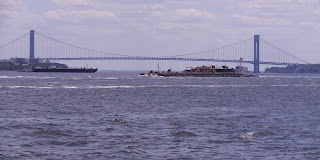 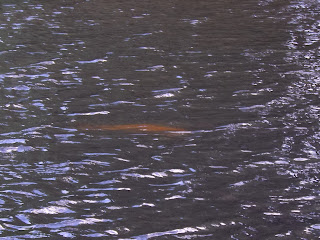 I returned to Clove Lakes  to fish for carp.  I've taken every opportunity to understand the three
lakes found in this park.  The behavior of the fish in each lake is different.  Here pictured is a brave orange koi sitting in the open. 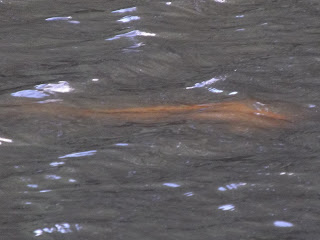 I've seen this koi on more than one occasion. I even got it to feed, a little. 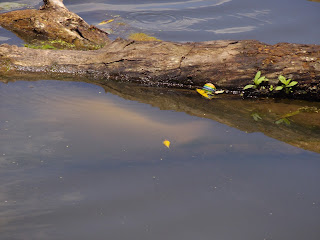 On the west side of the lake I spotted this small white koi sunning near a fallen tree.
. 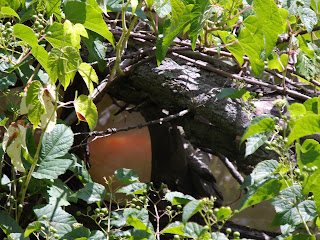 On the east side of one of the lakes koi hold near structure like this tree that was knocked
down during a big storm about two years ago.  Koi seem to like holding under fallen trees.  I've seen
this behavior before in Prospect Park Lake 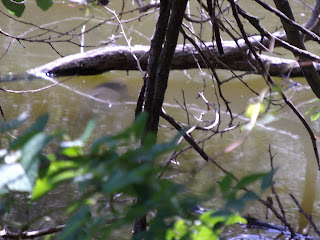 Here a common is taking an afternoon siesta under a fallen tree. 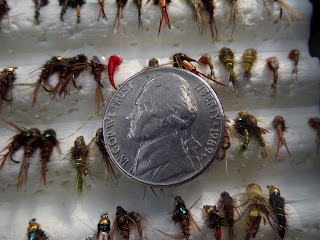 This is a picture of some of the midges I used when I fished for trout in Brewster,
New York, near the dam.  It is tail water but trout, bass,panfish and carp can be caught there. 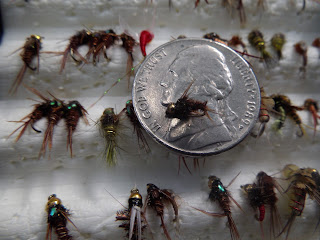 These flies are # 20 and smaller.  Somewhere in this  box of flies, I  hope to find a fly
which will allow me to catch carp when they are eating midges.


The Verrazano–Narrows Bridge (sometimes called simply the Verrazano Bridge) is a double-decked suspension bridge in the U.S. state of New York that connects the New York City boroughs of Staten Island andBrooklyn. It spans the Narrows, a body of water connecting the relatively protected upper bay with the larger, wide open lower bay.
The bridge is named for the Florentine explorer Giovanni da Verrazzano, whose name is misspelled on the bridge, as well as for the Narrows. In 1524, while in the service of Francis I of France, Verrazzano became the first European to enter New York Harbor and the Hudson River.[3] It has a central span of 4,260 feet (1,298 m) and was the longest suspension bridge in the world at the time of its completion in 1964, surpassing theGolden Gate Bridge by 60 feet, until it was in turn surpassed by 366 feet by the Humber Bridge in the United Kingdom in 1981. It has the eleventh longest main span in the world, while retaining its place as the longest bridge span in the Americas. Its massive towers can be seen throughout a good part of the New York metropolitan area, including from spots in all five boroughs of New York City and in New Jersey.
The bridge establishes a critical link in the local and regional highway system, and also marks the gateway to New York Harbor. All cruise ships and container ships arriving at the Port of New York and New Jersey must pass underneath the bridge and therefore must be built to accommodate the clearance under the bridge.[3] Since 1976, the Staten Island end of the bridge has been the starting point of the New York City Marathon.[4]