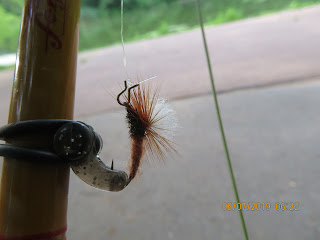 After I arrived at the park to day, I had a technical problem that almost sent me home.
The Franco Vivarelli Gold Star reel lost a spring which limited it's use to retrieve line . 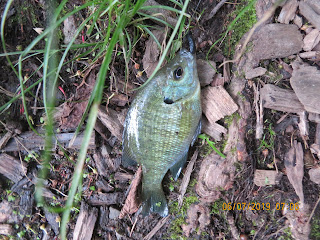 I was able to do a work around by hand striping line to bring in the fish I caught.  The weather is warm and so is the water.  It seemed that only small fish were active.  I decided to fish the top water
this evening.  So I gunked up a few dry flies and terrestrials. 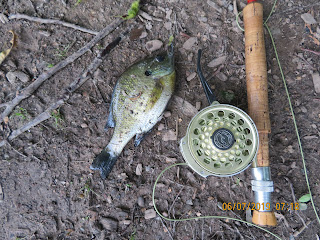 Turtles made their presence known but I saw no bass or crappie.   Algae is beginning to show
in the water here and I wonder when Blue Algae will end fishing in Prospect Park Lake. 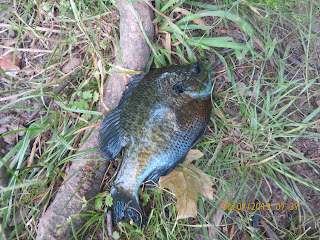 I was getting hits but fish were not really biting.  The usual spots that hold fish were still
open.  However, it took patience to hook fish.  After awhile I switched to a beetle 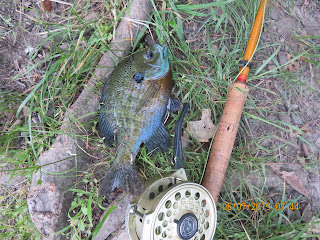 That changed the fishing for me.  Each spot I fished gave me bluegills, once I caught
a couple of fish I moved to my next spot. 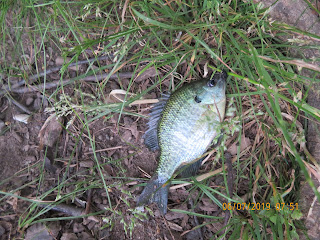 Darkness is slow in coming because it is spring and sunset is later.  When I checked my watch
it was almost eight o'clock and I still hadn't completed  the area I had planned to fish. 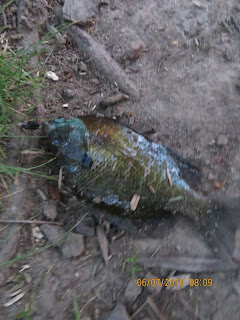 There were no long cast because clumps of thick green algae spotted the surface of the water
Fishing was done by leaving just the head of the fly line out of the rod.  Too much line and I would have more fly line to hand strip in.  Here and there, my reel would work and I could reel in line
using the semi automatic lever. 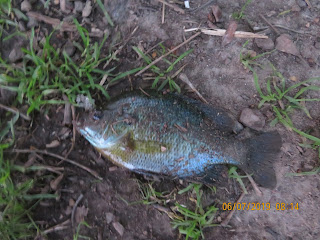 By the time I caught my last fish, the sun was setting. So I packed up took the fiberglass Fenwick Floater Bum rod apart and took Wells Drive to the eastside of the park 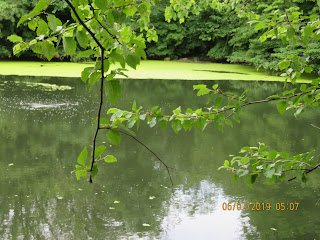