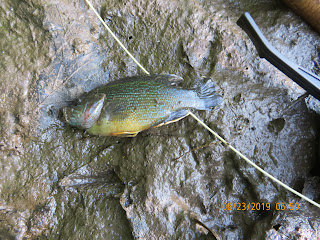 Strack Pond is named after a Viet Nam era soldier who was killed in action.
I've wanted to fish this pond for about two years; it is another kettle pond, found in New York City. 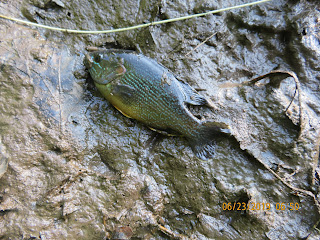 Two years ago a youngster fell through the ice here and drowned.  I was unaware that this
small pond existed until the tragedy. 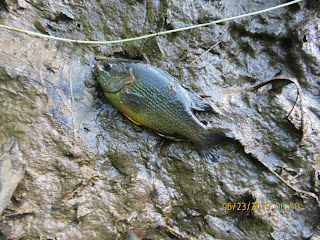 Located in Forest Park, Strack Pond is a popular area in Forest Park.  While I was there,
a steady stream of visitors came and many sat down on the rocks and tree trunks.
It is a quiet area where a visitor can sit in the sun and watch nature.  Unfortunately, there are the
the ever present turtles which inhabit urban fisheries but the water is clear.  There is no, absolutely,
no duckweed or algae! 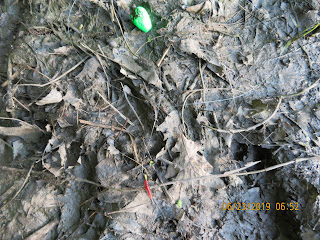 I sat on a convenient rock and relaxed.  I  spent the time counting the turtles and looking for signs of fish.  (My rig, mini trout magnet under an indicator is shown above.) 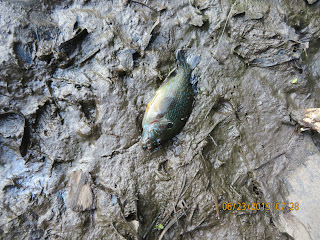 The only signs of fish were an Egret seemingly sipping fish on the south end of the pond.
It made me aware that there were, at least, small fish here. 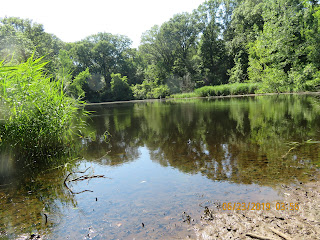 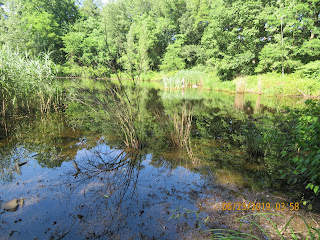 Another view of the quiet, tranquil pond. 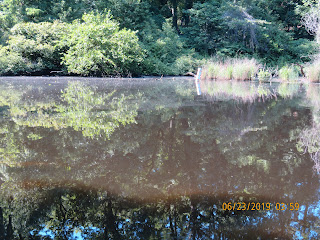 There was no wind this afternoon. 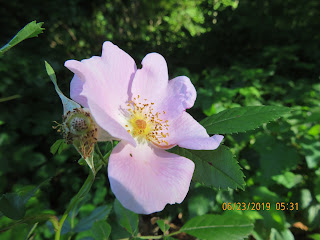 I fished a few flies and softbaits trying to see what is in this pond.  My first offering
was a softbait grub on a scud hook.  Something tried to take it but failed.  A few more cast
into the same spot resulted in a quick series of tapping.  However, no take. 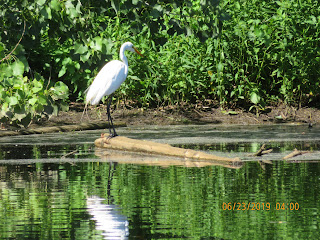 After trying some different flies, a decision was made to try fishing with an indicator.
The pond is about four feet deep, so I set my indicator at about two feet.  Nothing!
So, I went to periscope depth,six inches, that was pay dirt  I caught my first fish.  I cast again and caught another feisty Green Sunfish.  I did see a much larger fish broach the pond surface in the center of the pond. 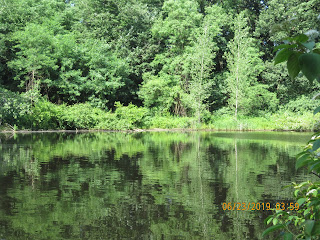 Strack Pond is a glacial kettle pond located inside Forest Park, Queens, New York City. The pond was buried in 1966 and restored four decades later.[1]
Its namesake was a Woodhaven  killed in the Vietnam War. The pond is located at a point to the west of Woodhaven Boulevard and south of Forest Park Drive in a natural . Historically, Strack Pond did not have an official name. It was given its name in February 1969 after Private First Class Lawrence E. Strack. Strack grew up in Woodhaven and ice skated on what was then an unnamed pond. In the summer, he played in the Rich-Haven Little League, which was composed of children from Woodhaven and Richmond Hill. He signed up to serve as a paratrooper in 1966 and briefly returned  to marry his childhood sweetheart. On March 3, 1967 during a combat parachute jump in Vietnam, PFC Strack was killed in a fierce firefight.
For many years after the renaming, the site was used by the Rich-Haven Little League. The site often flooded after even a moderate rain, making it unusable for much of the year. In May 2004, the restored pond was opened to the public as a three-acre nature preserve with a trail descending to the pond.[2][3] Cleanup of the pond started in 2019. A full  with a patio has been proposed but is currently unfunded.[4]