Carp on a white fly 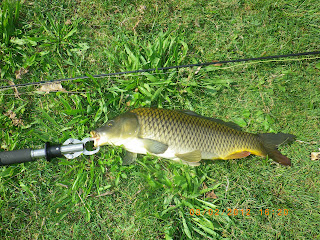 A friend on a message board posted a picture of a fly he tied.  What makes the fly
unique is that it can float for a short period of time.  After that the fly slowly  sinks
through the water column. 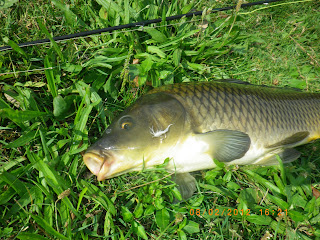 When I saw this fly I knew I had to get a fly like that.  I offered to buy them from
the tier.  He sent me a bunch for free. Up until now I had not had the opportunity
to test this fly 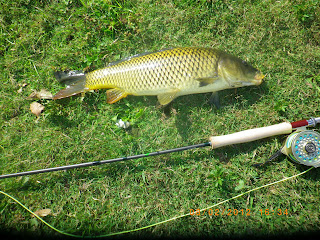 I fished several flies before I tied on the white fly.  I pitched it among several tailing
carp that were eating about twenty feet from my position. 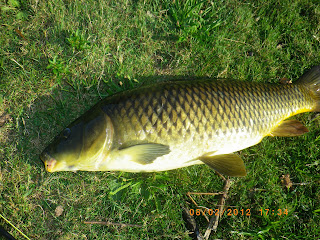 BAM!  It never reached the bottom of the lake.  Just as the tier had said the fly floated
down through the water column and when it reached "attack depth" a carp sucked
it down. 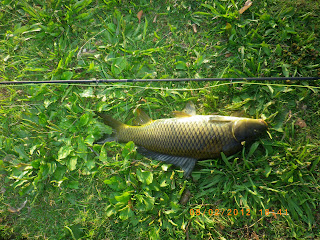 I landed the fish and pitched the fly amongst the tailing carp in another spot.  The next carp
reacted the same way.  sucked it down and ripped across the lake as my fly line tried to
follow. 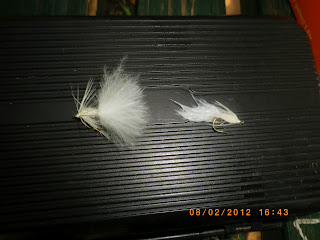 I hooked 4 carp before I put on a deer hair fly.  I caught two more carp before calling it a day.
Thanks Gregg!
Posted by The Great Lakes of NYC at 6:58 PM