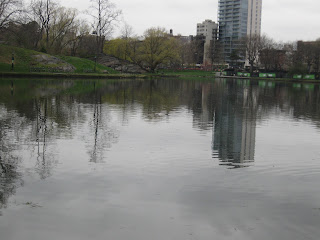 I spent the day fishing with Jay in Central Park.  He wants to learn how I approach fly fishing for carp. 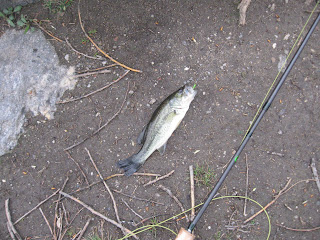 I met him at the lake near 72nd street.  We spent several hours chumming different carp spots.
It was windy and cloudy.  No matter what I did I could not get carp up and feeding consistently.
I even had Jay use an indicator so that the fly could be fished in the water column.  Jay had a
take from a carp on two wax worm soft baits I use when needed.  He missed the hook set and
the carp took off towards Fifth Avenue accelerating with the soft baits!. 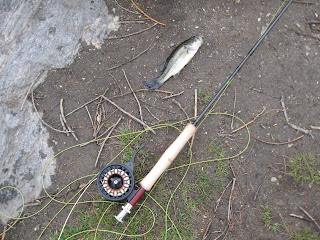 We stopped at Turtle Pond in the hope that we could catch a few yellow perch or one of the smallmouth
bass that reside there.  The third stop was at the pool at 103rd street. Nothing happened at either spot. 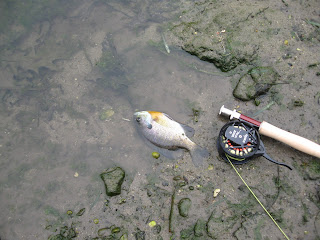 At The Meer, we found Blue gills to be active and ready to take small wet flies.  For some reason
the water levels are low.  Several places normally covered by more than a foot of water were completely
dry. 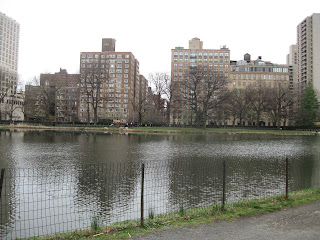 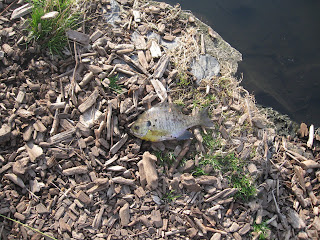