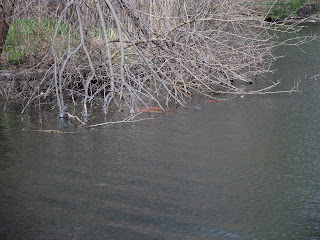 I visited the area where the carp and koi like to sun and spawn each April.  I wanted
to arrive earlier but  3:00pm was the best I could do. 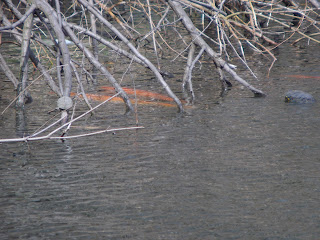 These three were sunning in the north corner, trying to blend in with their surroundings.
Most passerbys thought these were some abandon traffic cones.  But to a carp fly fisher,
this is like being a boy and peeking into the girls locker room in high school.  Exciting. 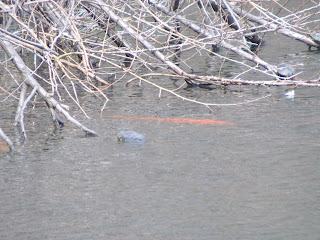 Count them three big orange koi just sitting in the afternoon sun.  Not bothering anyone.
Just hovering in the water. 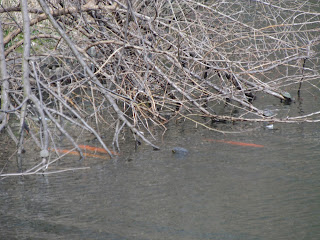 My days as a submariner came in handy.  I know how to become ultra quiet and approach
like a Kilo Class submarine at less than 5 knots. Silent.  Deadly. 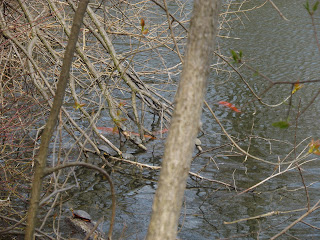 During this sighting, I was able to get within 6 feet without disturbing the koi.  My only
problem was getting clear shots through the heavy under growth. 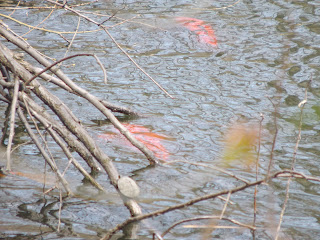 Another close up but the clouds and overcast don't allow a clear shot here. 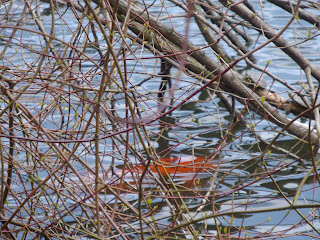 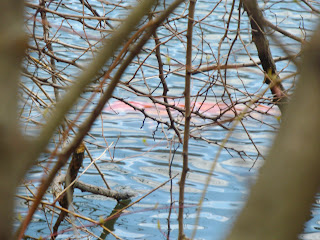 Less than 10 feet from the lense. 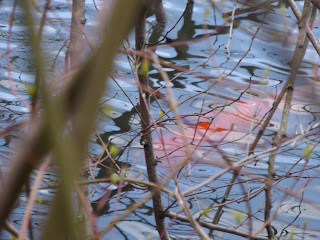 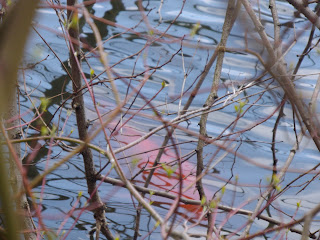 They still don't see me 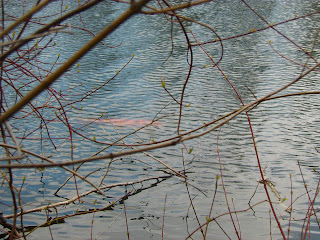 After about 15 minutes I transit the area undetected!  I did leave some cracked corn
in the water so that the common carp don't feel neglected.