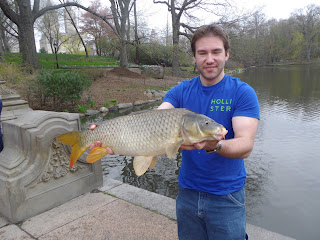 Today I fished with Jay in Central Park.  Last week we got skunked but today was different.
Jay started without me and caught the first fish of the day. 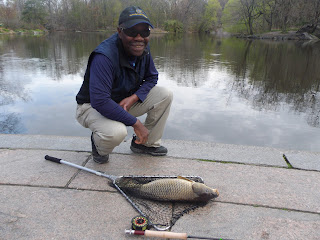 A little while latter I caught my first carp of 2013.  I'm using the Peux Fulgor semi automatic
fly reel.  I hadn't adjust the drag but the reel is as smooth as silk.  No noise no fuss just very smooth
like a Swiss watch. 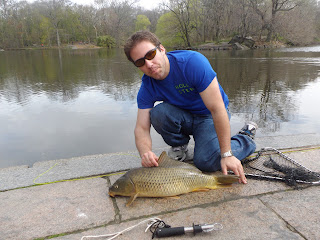 Jay caught the next fish. 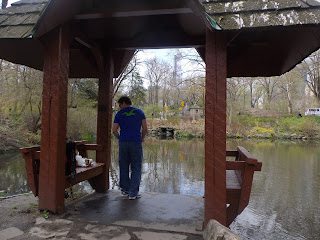 We fished near the Bethesda fountain until the tourist began to show up.  We packed up
and walked to Wagner's Cove which is near by and as secluded as you can get in Central Park. 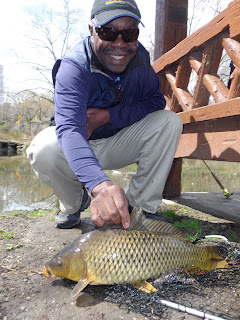 I caught another carp here. 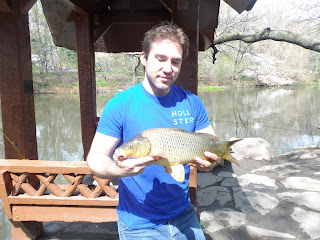 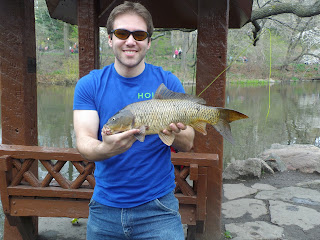 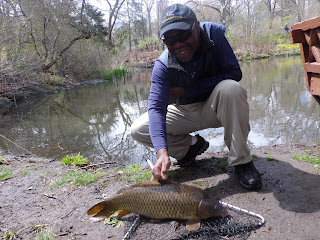 I caught a carp. 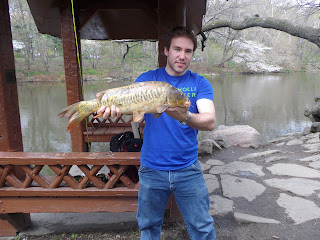 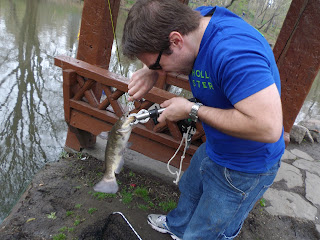 Jay catches a catfish, about 2 pounds. 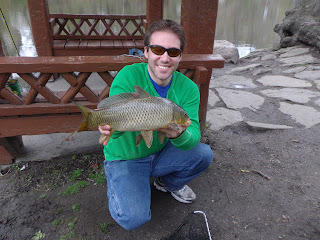 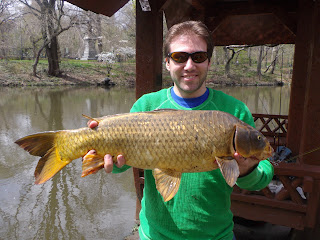 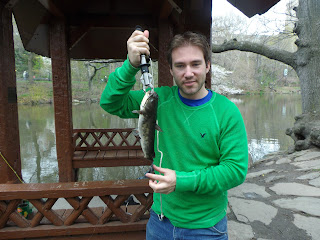 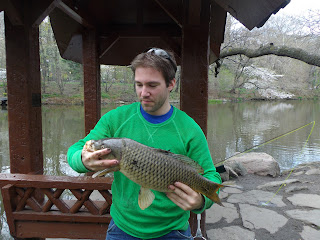 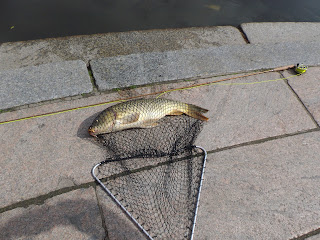