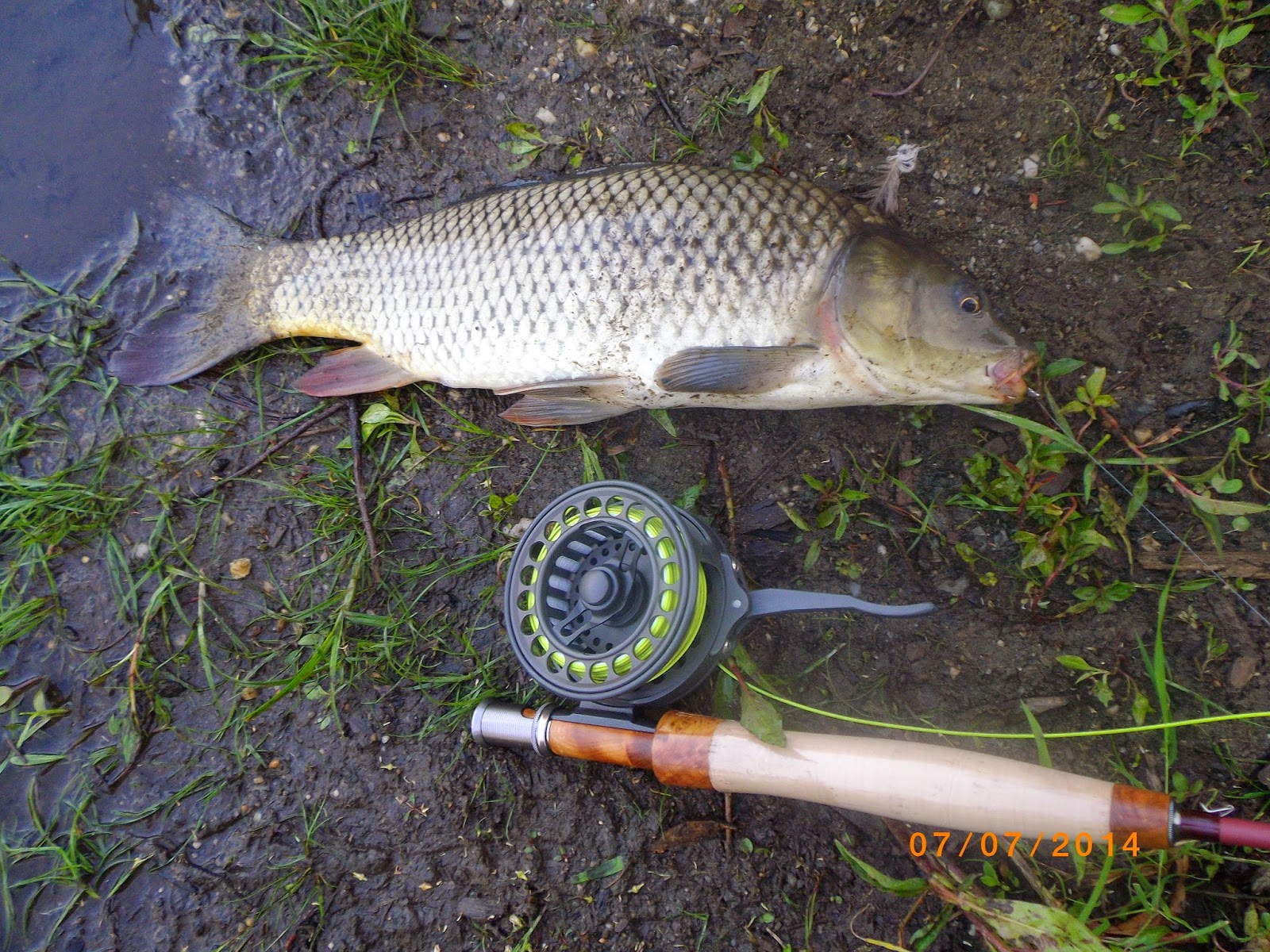 At the last moment today I decided to go and fish at a small lake in Suffolk County.
This lake is feed by the Calls River which feeds several lakes and ponds in it's path. 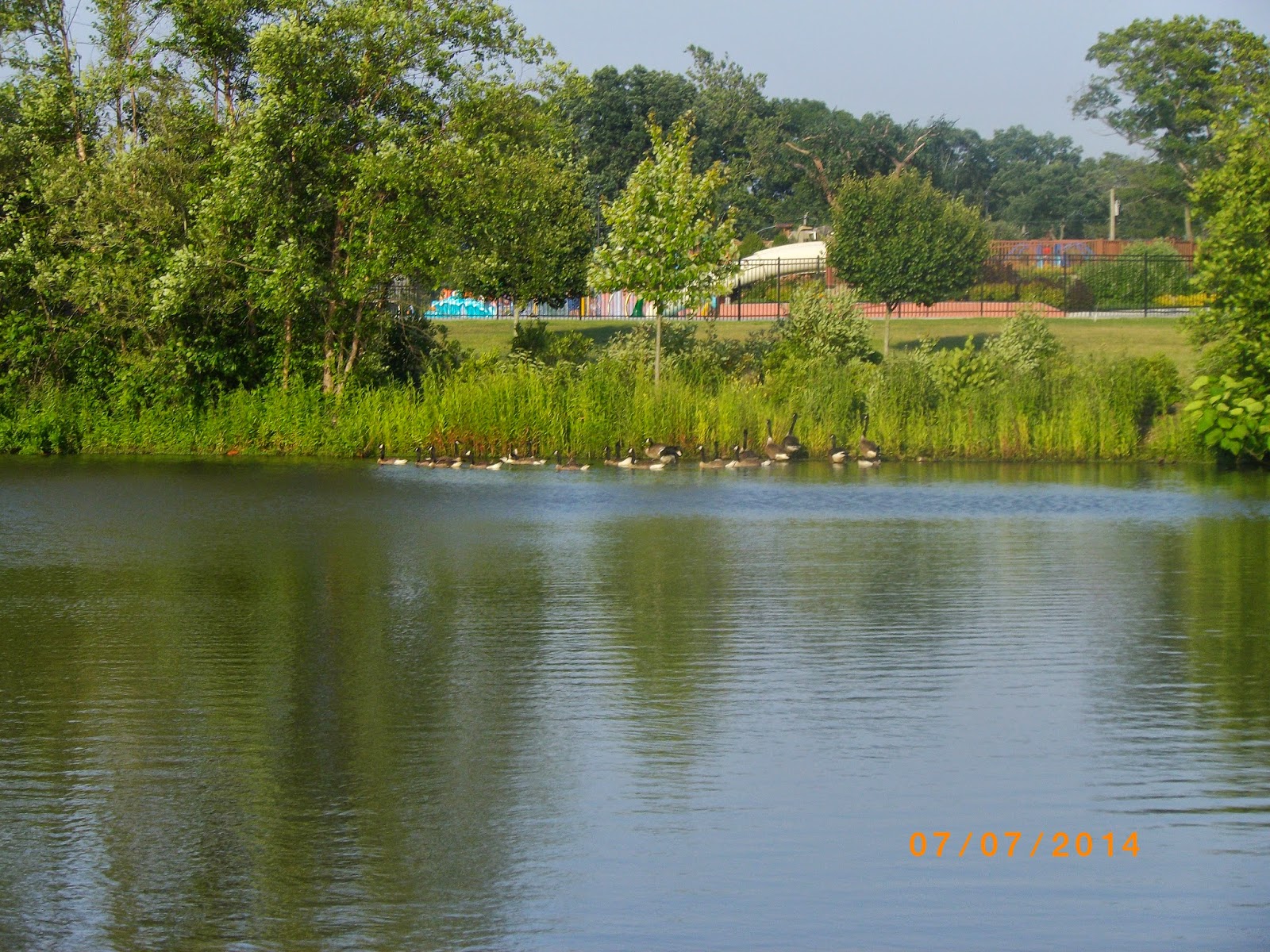 This park and lake had been closed for renovations until 2013 when the swimming facility
was reopened. 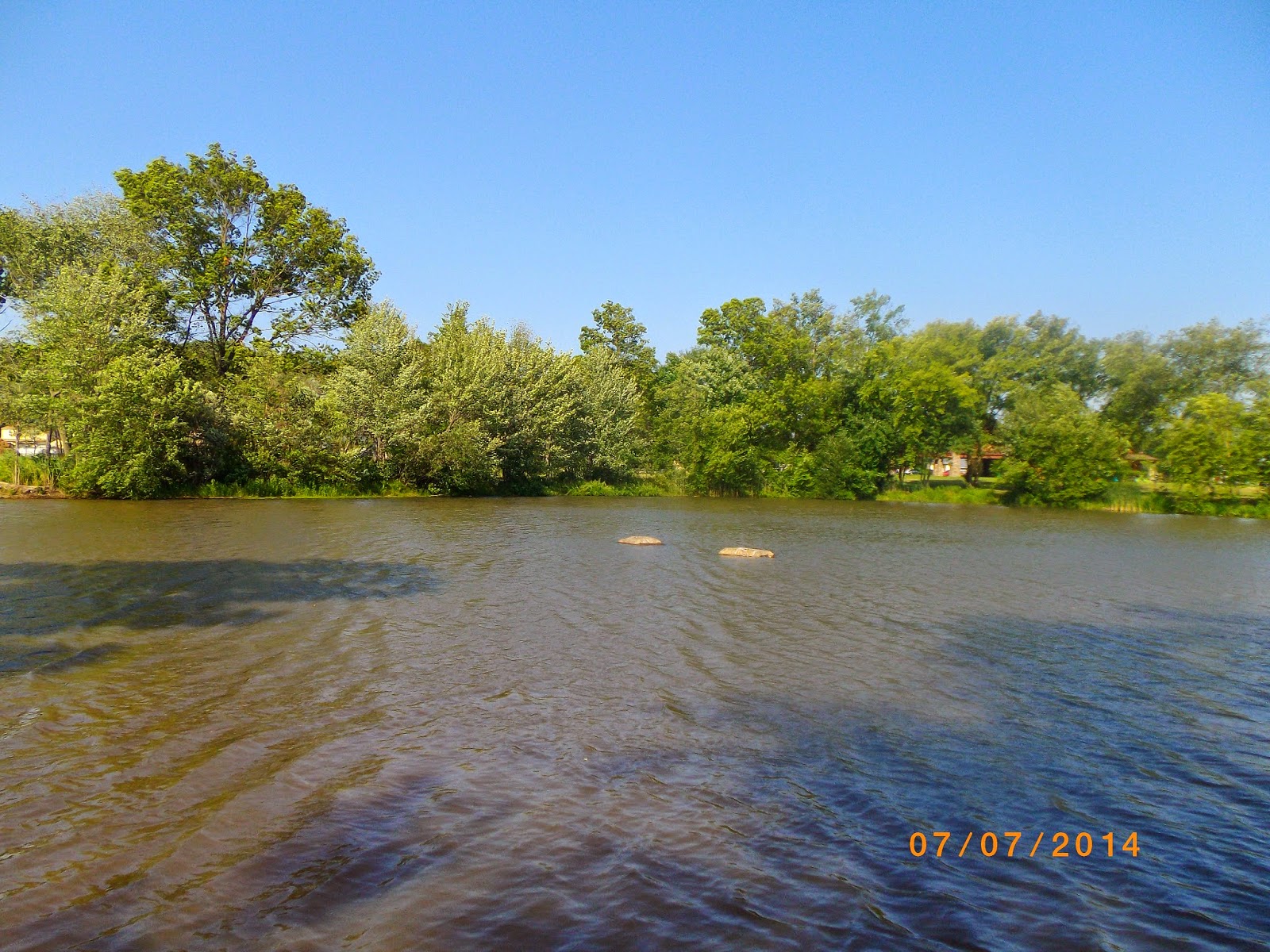 There is not much to see, much work still needs to be done in this park. 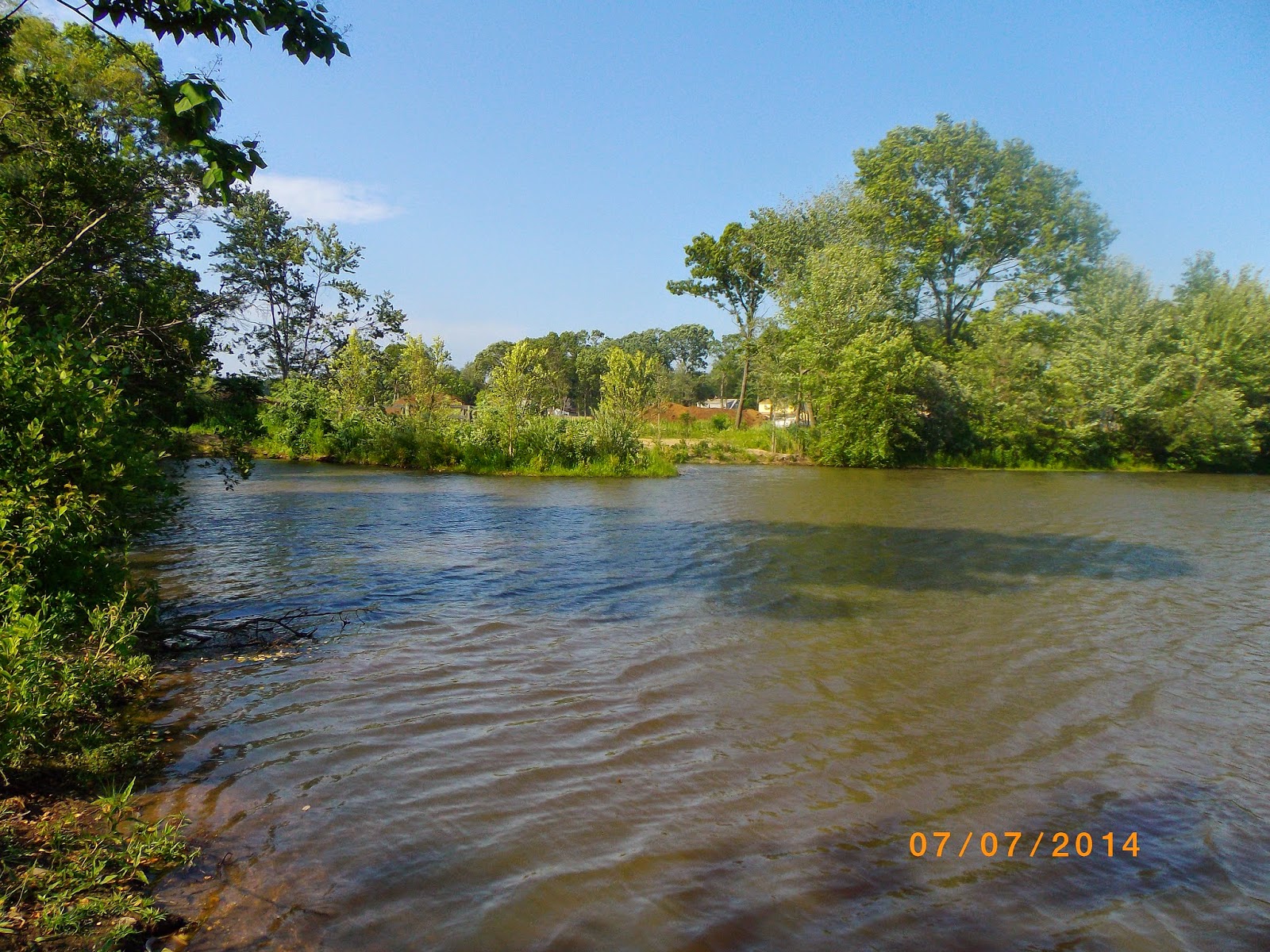 The water is a coffee brown and I saw no fish activity at first. 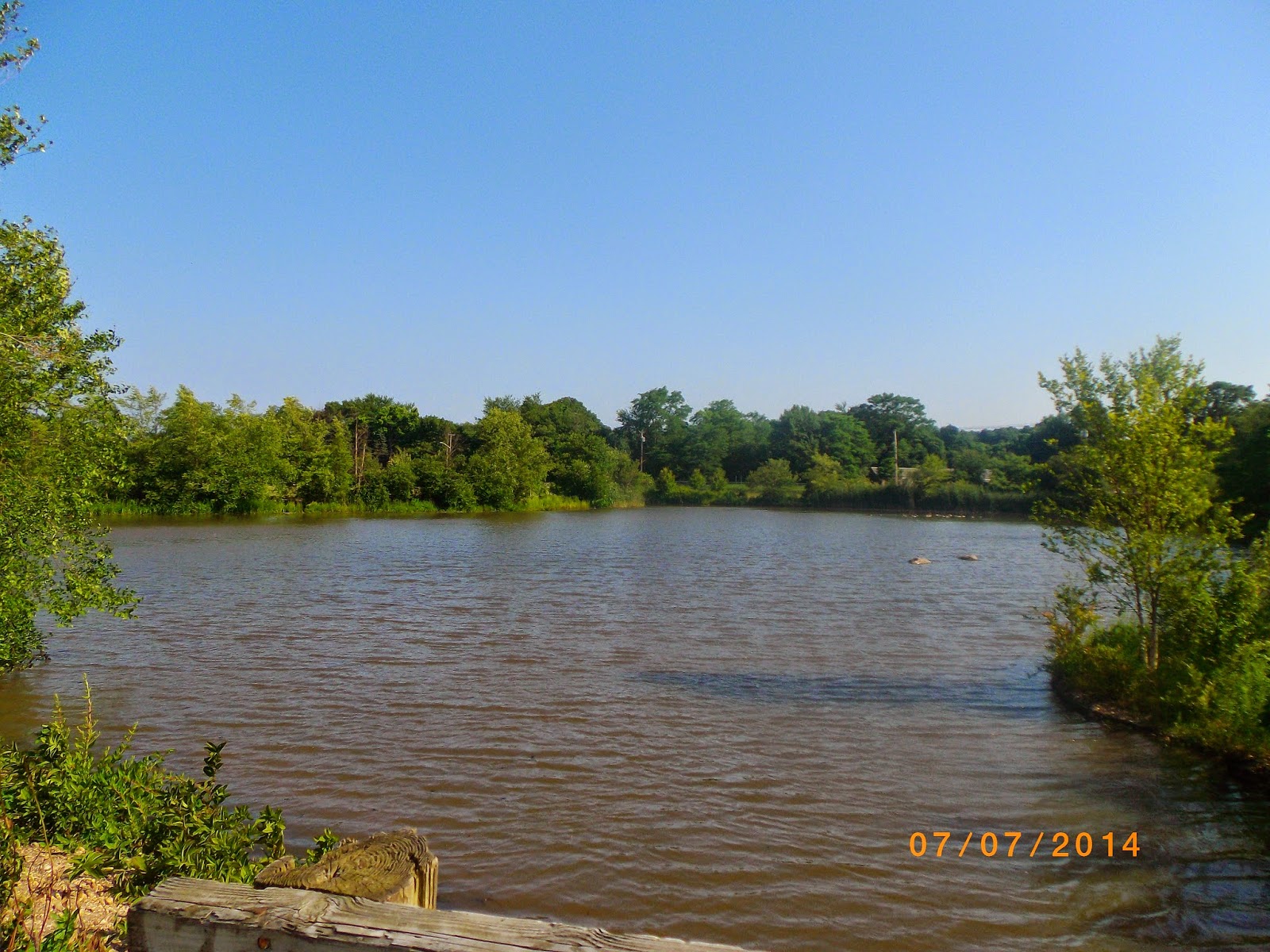 There was a windless corner at the south end of the lake.  It was here that I saw a fish leap from the lake
I could not tell if it was a bass or a carp.  I started to fish.  I tried a few nymph patterns to see if
there were any bluegills.  I moved to the west shore and spooked two carp that were feeding on the bottom 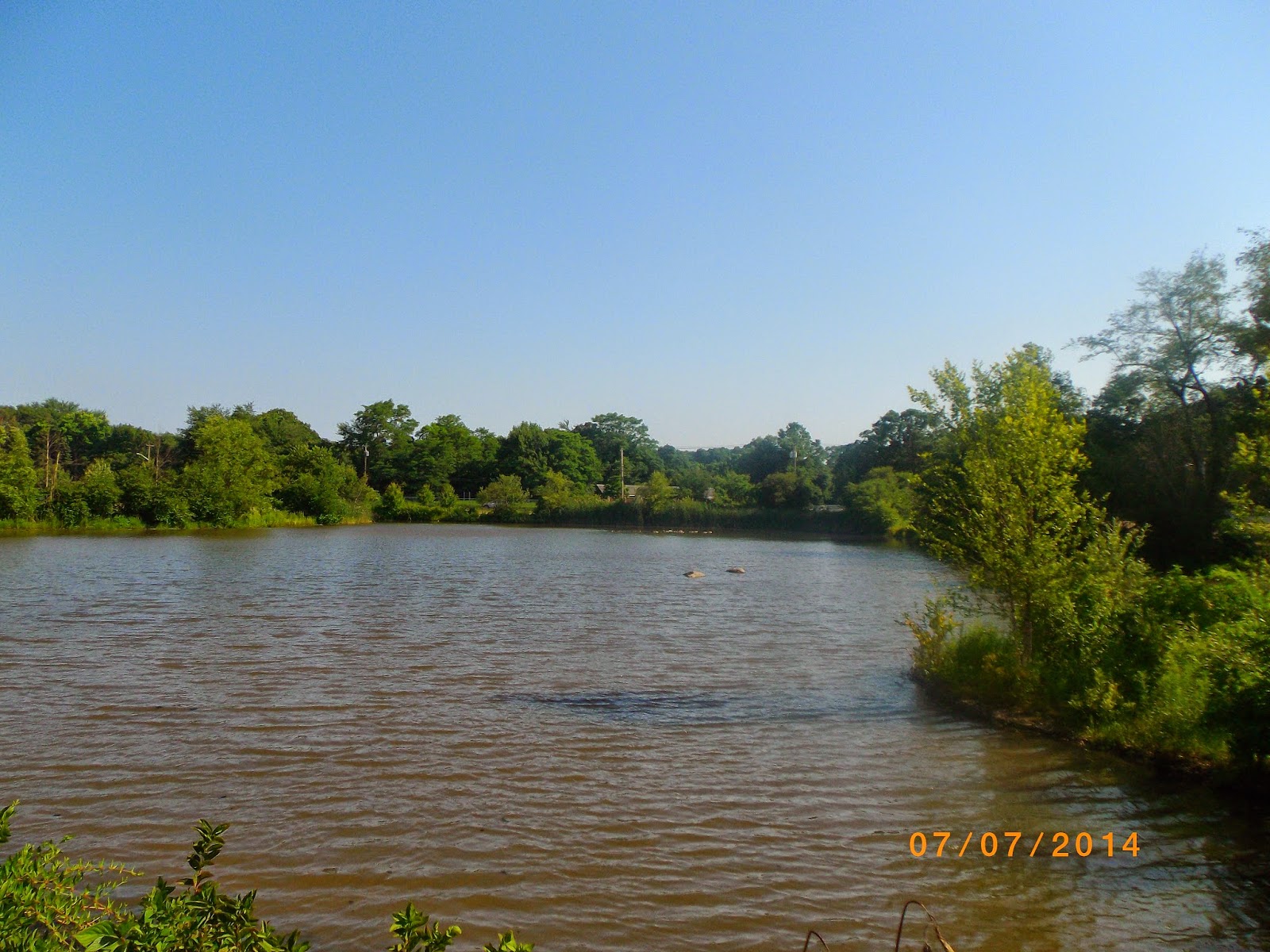 As the wind died down I saw more carp activity.   I fished an egg pattern and after a long time a carp took my fly and roared off to the east side of the lake.  I was using my Ghost reel for the first time.  I had not adjusted the drag yet so the carp was barely under my control.  He made several runs across and around the lake before allowing me to bring him to shore.

The Carlls, the fourth largest river system on Long Island, is a place of life, respite and learning, used by community members for a variety of pursuits which enrich their lives daily. Now it’s our turn to enrich the Carlls and its surrounding land for future generations.
Posted by The Great Lakes of NYC at 8:07 PM