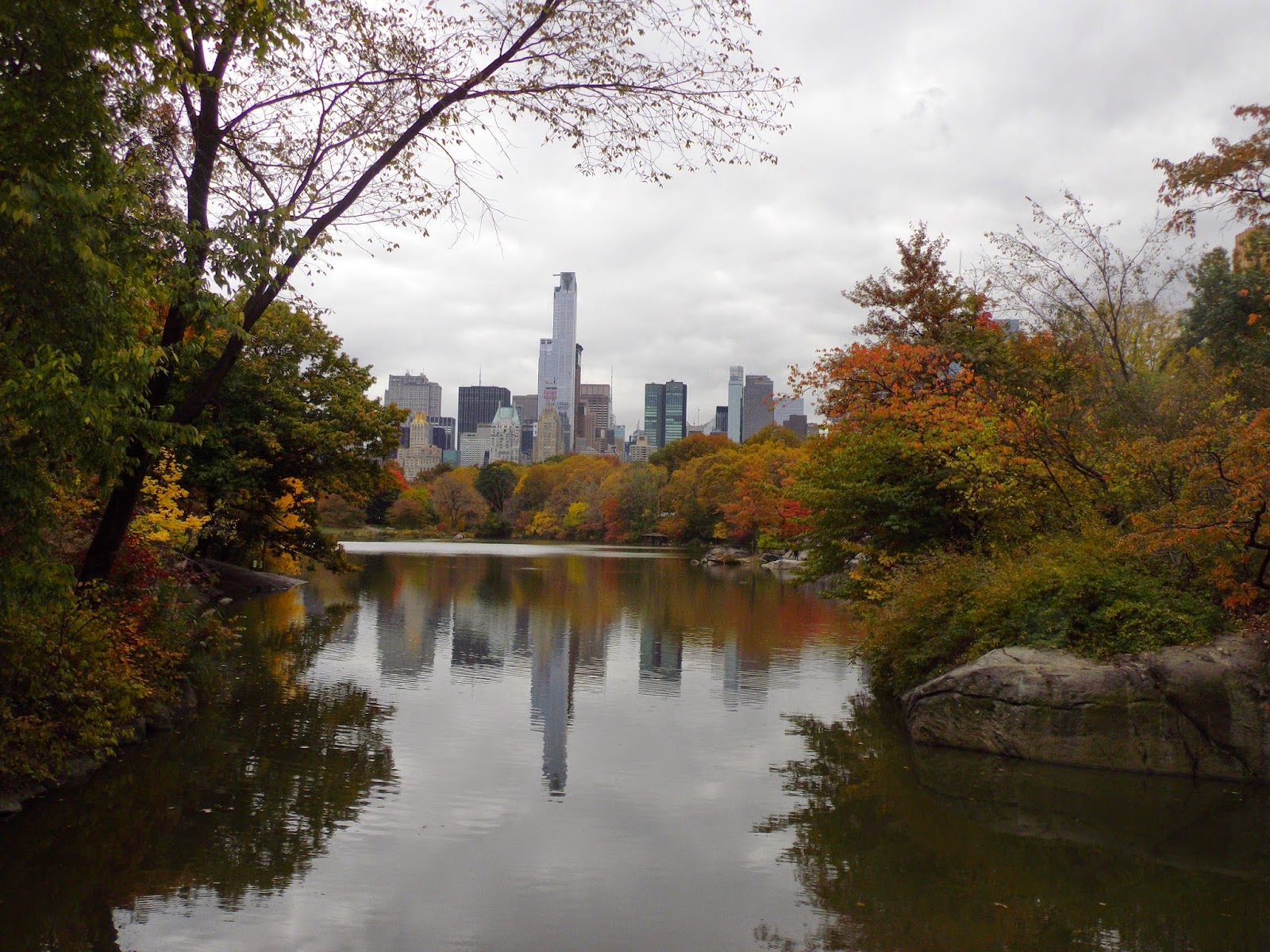 Loeb Lake at 72nd street.  My buddy Jay and I got together again for the end of season
push to catch carp.  Looking south 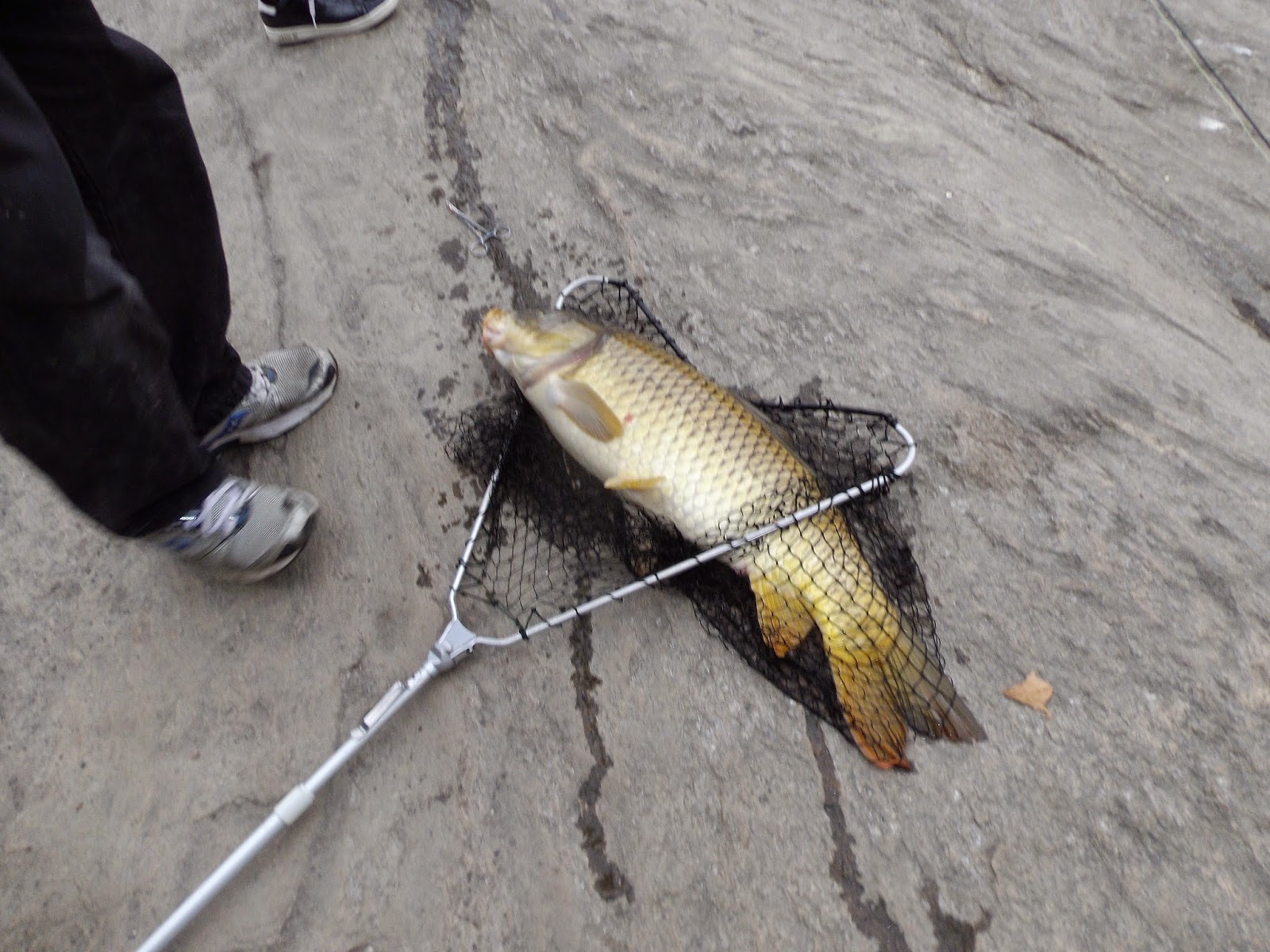 My second carp for the month of October.  It was a decent size carp and spooled my semi
automatic fly reel into the backing!  It was fun. 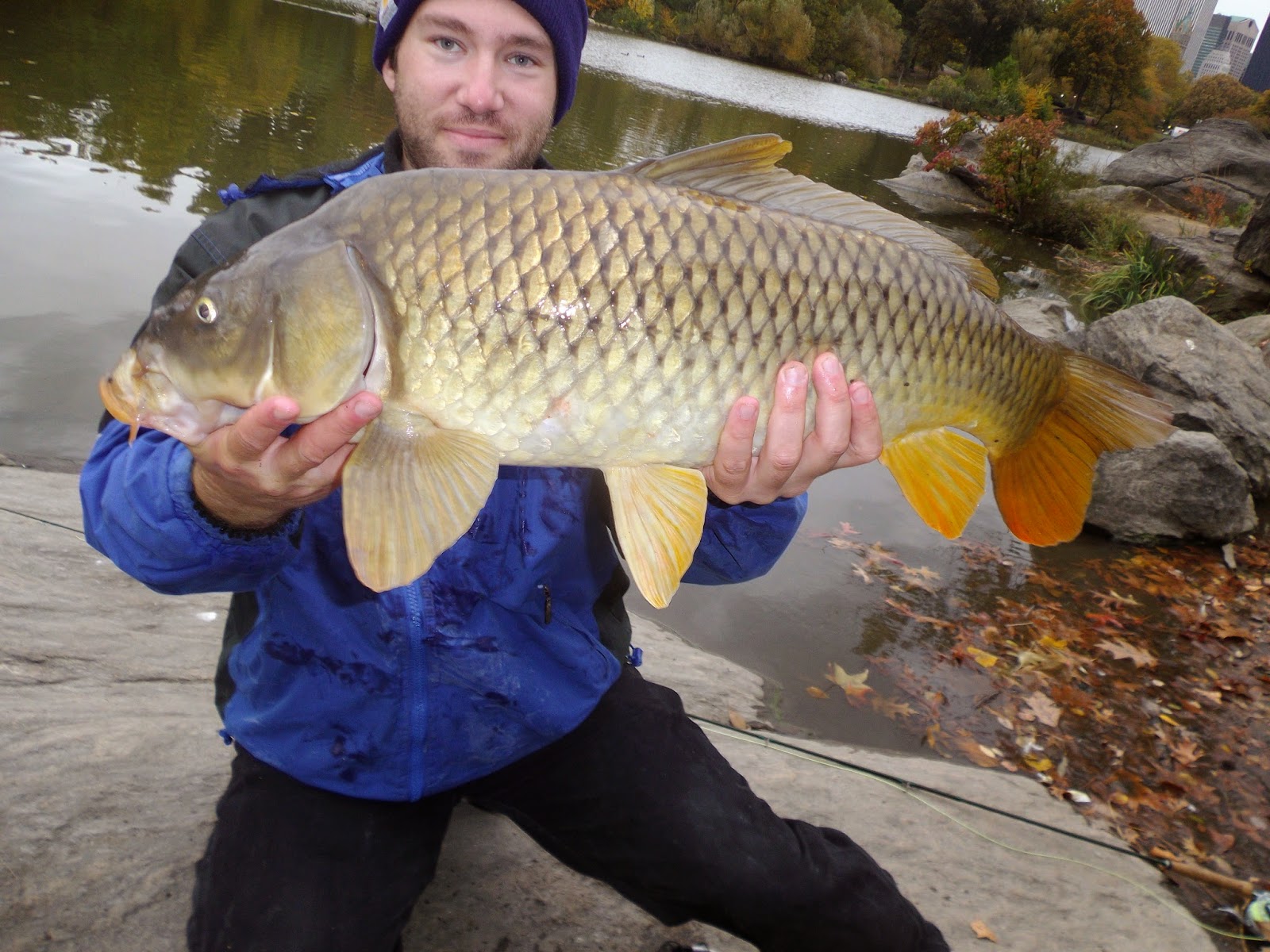 Jay held my second carp while I worked the camera. 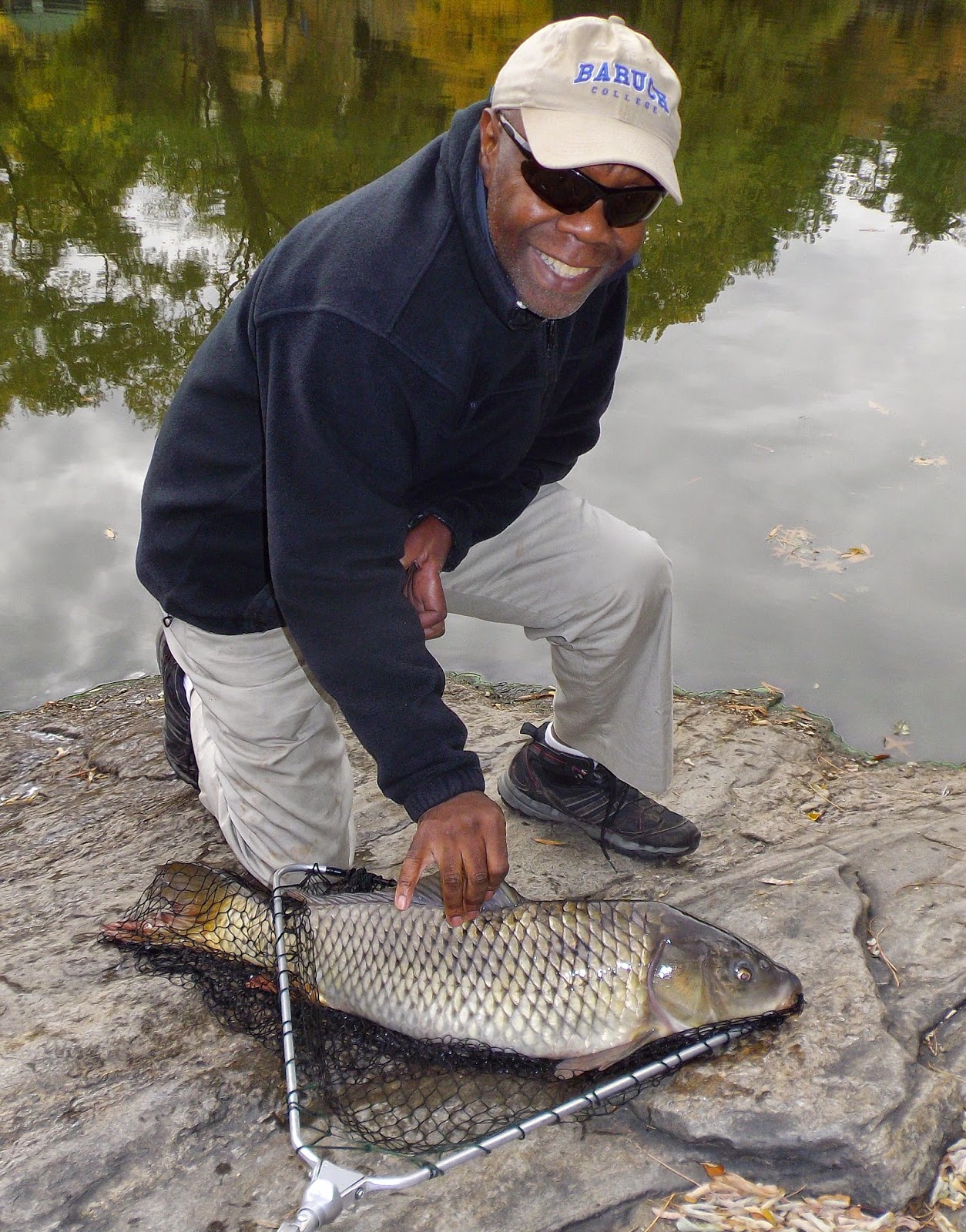 This is my very first carp of the month.  I have spent most of  the season fishing new water
and as a result have not concentrated on catching many fish. 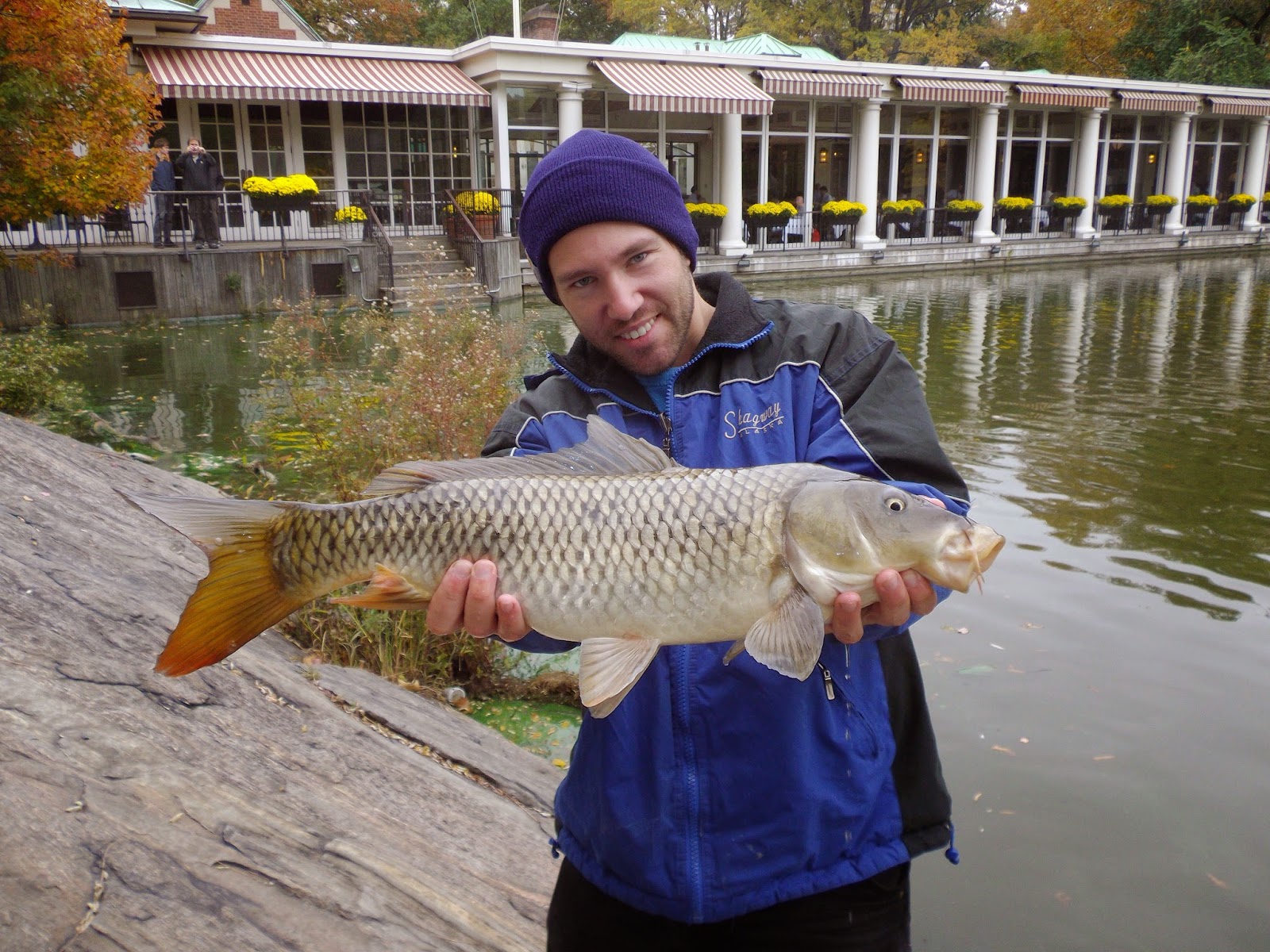 Jay holding one of the three carp he caught.  We arrived early about 9:00am and things were slow
until the air temperature reach 50F.  We left after 4:00pm a total of 8 carp were caught
(3 by Jay's girl friend).  We nearly reached a total weight of one hundred pounds for the day.
There were some big fish being caught.