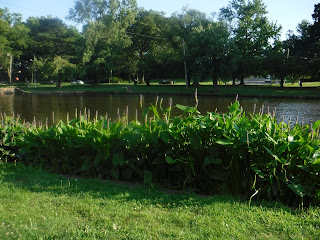 Wow, it has been a year since I fished here.  Hughes Lake used to be the best lake for carp fishing on
both sides of the Hudson River. The lake had been neglected for so long that only carp, green sunfish and catfish lived in the lake. 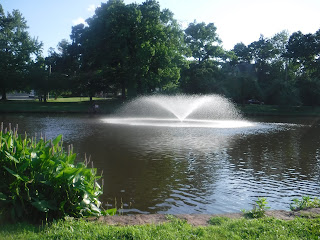 Now it has been dredged.  It has a couple of aerators.  The lake has been planted with water plants.
Bass and a few trout were added to the menu but I still miss the old fishery.  The old lake
allowed a fly fisher to sight fish, use dry flys and fish on the bottom at the deeper, east
end of the lake. 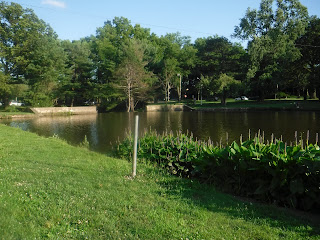 Twenty pound carp were in this lake.! 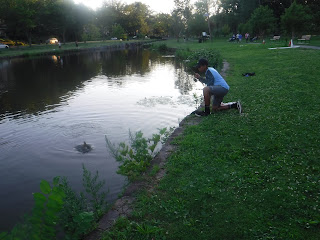 Somehow they have also removed the Canada geese and ducks that seemed to be embedded in the lake.  The waterfowl were a nuisance, eating any bread intended for the fish and pooping everywhere. 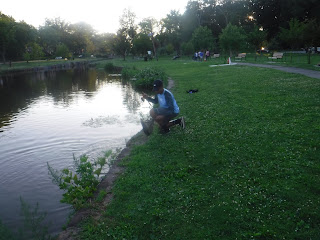 I met a young fly fisher, Chris, who was fishing for carp.  He managed to hook and land a
carp just before the train was approaching to take me back to New York.