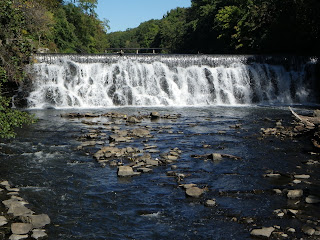 I took the subway to East 180th street and the Bronx river. This river has a poor reputation based on problems with pollution in the past. Slowly it has come back to where it is now a viable fishery again. Two beavers now call the Bronx river home. I walked the lower third of the river and was amazed at what I saw, fish. I saw clear, moving water, turtles and other signs that the river is better. 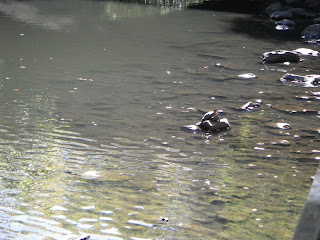 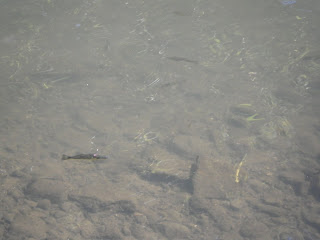 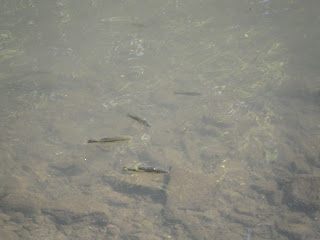 I saw about a dozen fish this size near the water fall. 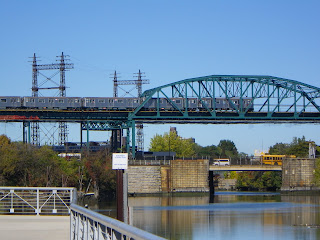 Concrete Park, so named because it was once home to a concrete company, is an access point for boaters. The water here is brackish so it is possible to catch Fluke, Blue fish, Stripe bass as well as Carp, Catfish and Large Mouth Bass. In the distance, the number six train heads uptown. Boaters can float up river to 180th street or down river to the point where the Bronx river and the East river converge.
Posted by The Great Lakes of NYC at 7:10 PM