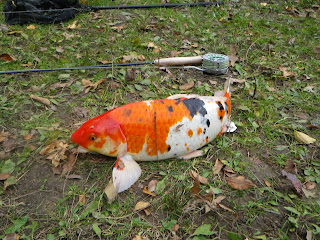 I met Dennis at the Long Island Rail Road Train Station yesterday. We planned on fishing for carp in Queens county. The last time we fished in Queens( part of Long Island) we caught no carp, so we had something to prove, this time. Our first stop was at Golden Pond. No fish to be seen. We then traveled to Bowne pond. By the time we got there it was windy, overcasts and cold. The wind was gusting up to 25 mph. I chummed and put my rod together. 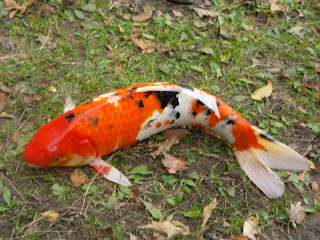 Slowly the wind died down, the sun came out and I started to fish. It took a while but I hooked a fish that started to take line, a lot of line across Bowne Pond. After several runs, I was able to see what looked like an orange football pulling against me. It was a Koi, my first ever Koi on a fly rod. He fought like a champion. But fishing never picked up at Bowne Pond so we left around late afternoon. We headed to Kissena lake. 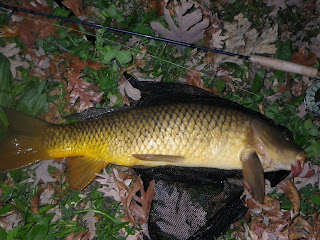 I caught a second carp at Kissena Lake. There are some big carp there. Carp with some girth and about 6 inches longer than carp we catch elsewhere. 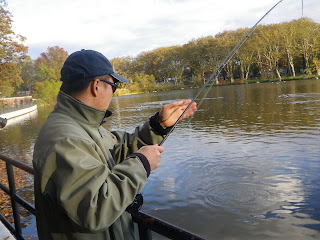 Dennis got down to business and hooked his first carp of the day at the lake. A hefty carp well over 10 lbs. I worked his rod while he netted his own fish. 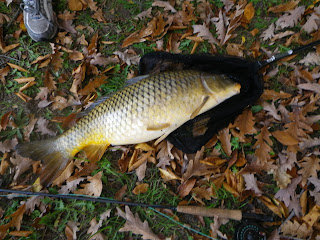 Later Dennis hooked another carp but lost him in transit to the net. Incidentally, Dennis & I are the only two fly fishers to catch carp in Richmond, New York and Queens county. If we catch carp in Kings (Brooklyn) and Bronx county, we may set a new standard for carp fly fishing in the Greater New York area.
Posted by The Great Lakes of NYC at 9:44 AM