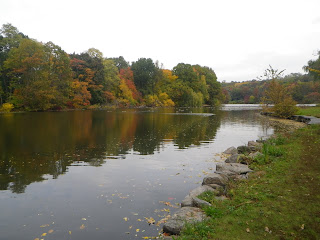 I went to Van Cortlandt Park today and fished in Van Cortlandt Lake. It took a few fly changes to determine what fly the fish would take. But of all the flies I used it was the old standard, a Bead Head Prince that took the most fish. 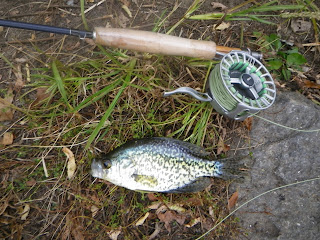 The Bronx is the only county of the five counties which make up New York City that is part of the United States main land. 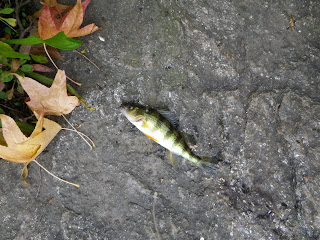 I had planned to fish for carp but I discovered that my carpin tools had been left out of my back pack. My goal is to be the first person to catch carp on a fly rod in all five New York City counties. 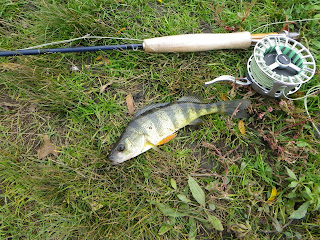 I'm always surprised and happy to catch yellow perch. Perch like cooler weather and are somewhat elusive. Today I caught 3! I've caught a total of 6 this year so far. 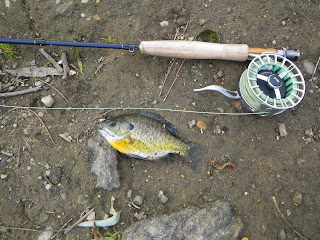 Bluegills were the most active fish today but these were the BGs that are less than 5 inches long. They are zealous when it comes to taking flies. Often they beat the mature bigger fish in the area to what is available to eat.
Posted by The Great Lakes of NYC at 7:21 PM