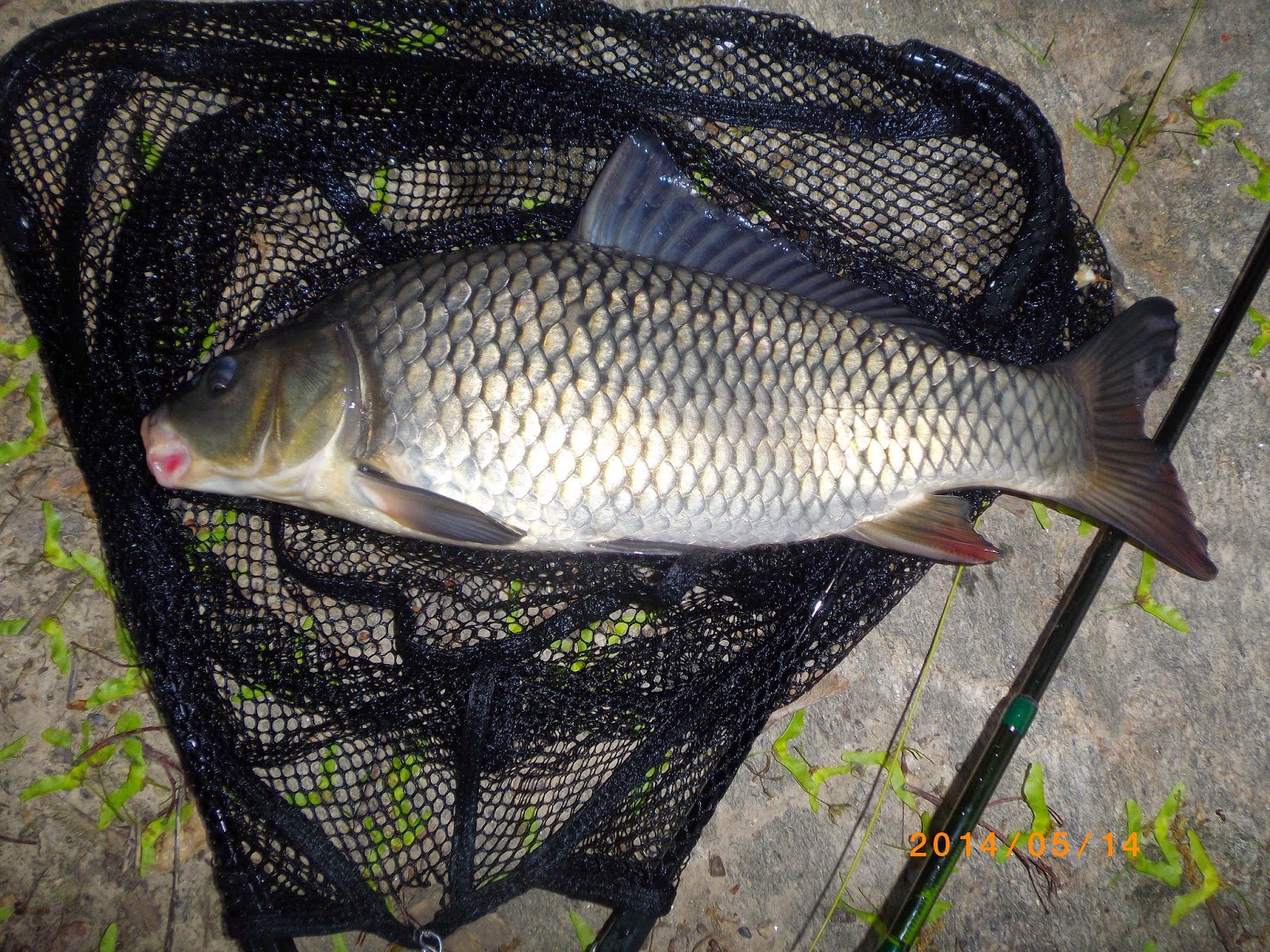 Myself and "Two rods" Jay went to Central Park to fish The Meer in the north east corner
of the park.  But when we got there we found that the park's department was working on
the water system of the lake.  The water levels in The Meer were extremely low.  All lakes in
Central Park are man made.  The water is the same as the water that is supplied for drinking in
our homes. 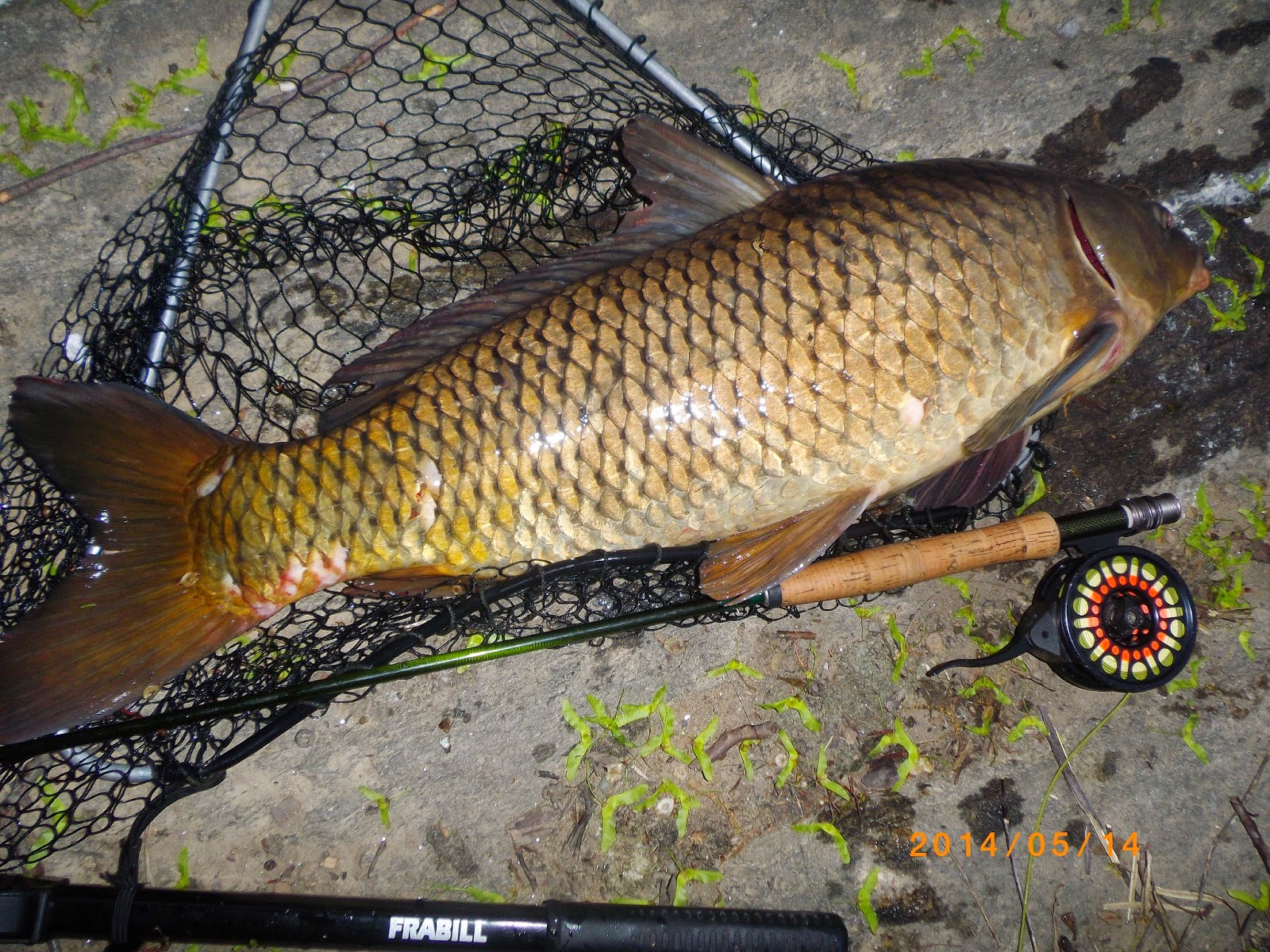 So we took the subway train down to Loeb Lake.  Jay had wanted to show me a few areas
we had not tried to fish before and wanted to try them with me.  Unfortunately turtles were
spawning.  Turtles seem to be everywhere swimming on the surface and pursuing other turtles. 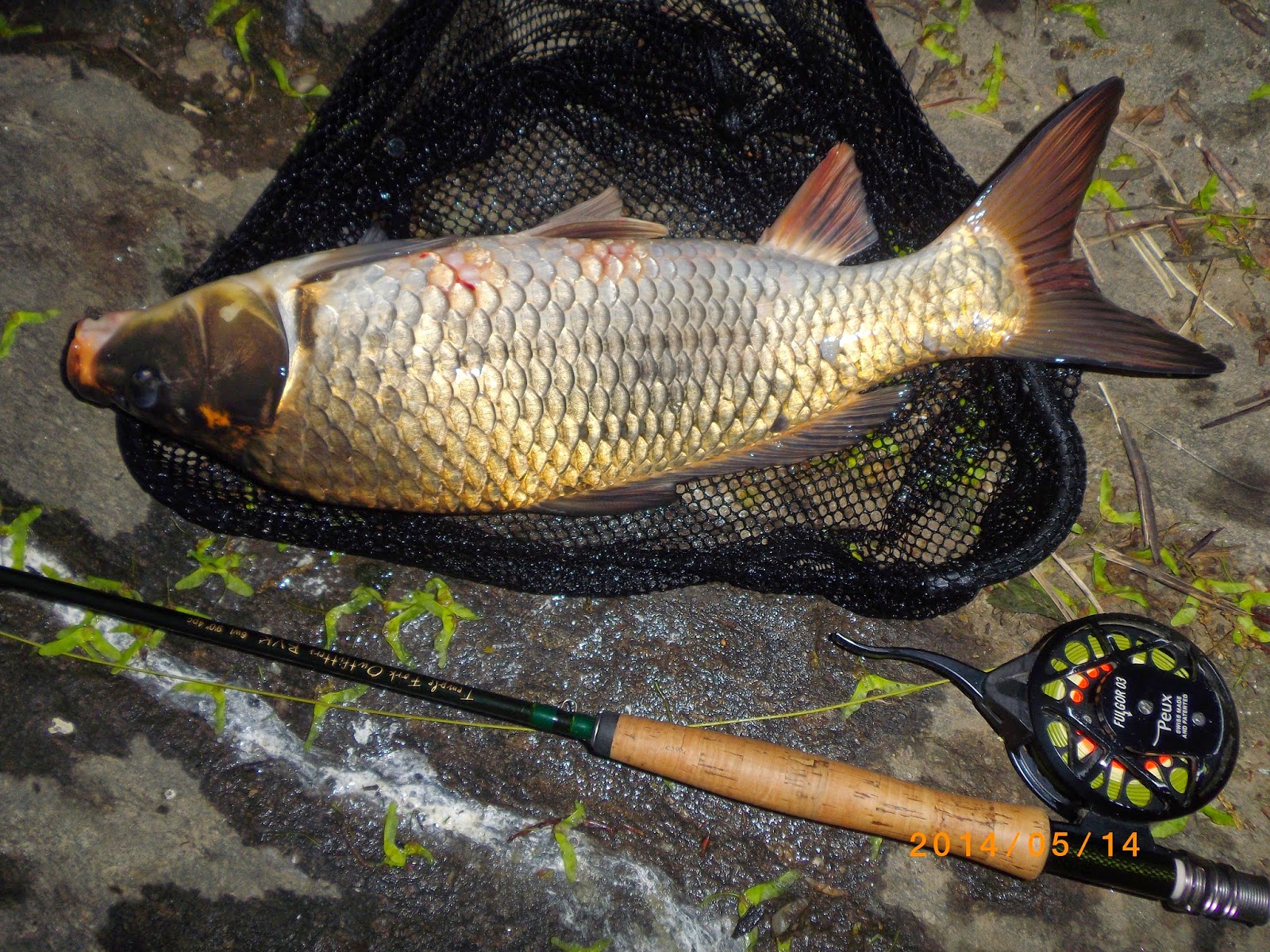 However there are some big carp in this part of Loeb Lake.  I managed to catch 3 carp
the largest was a battle worn, post spawn 5 kilogram fish.  Except for the smallest carp I
landed, all carp showed bruises from having spawned. 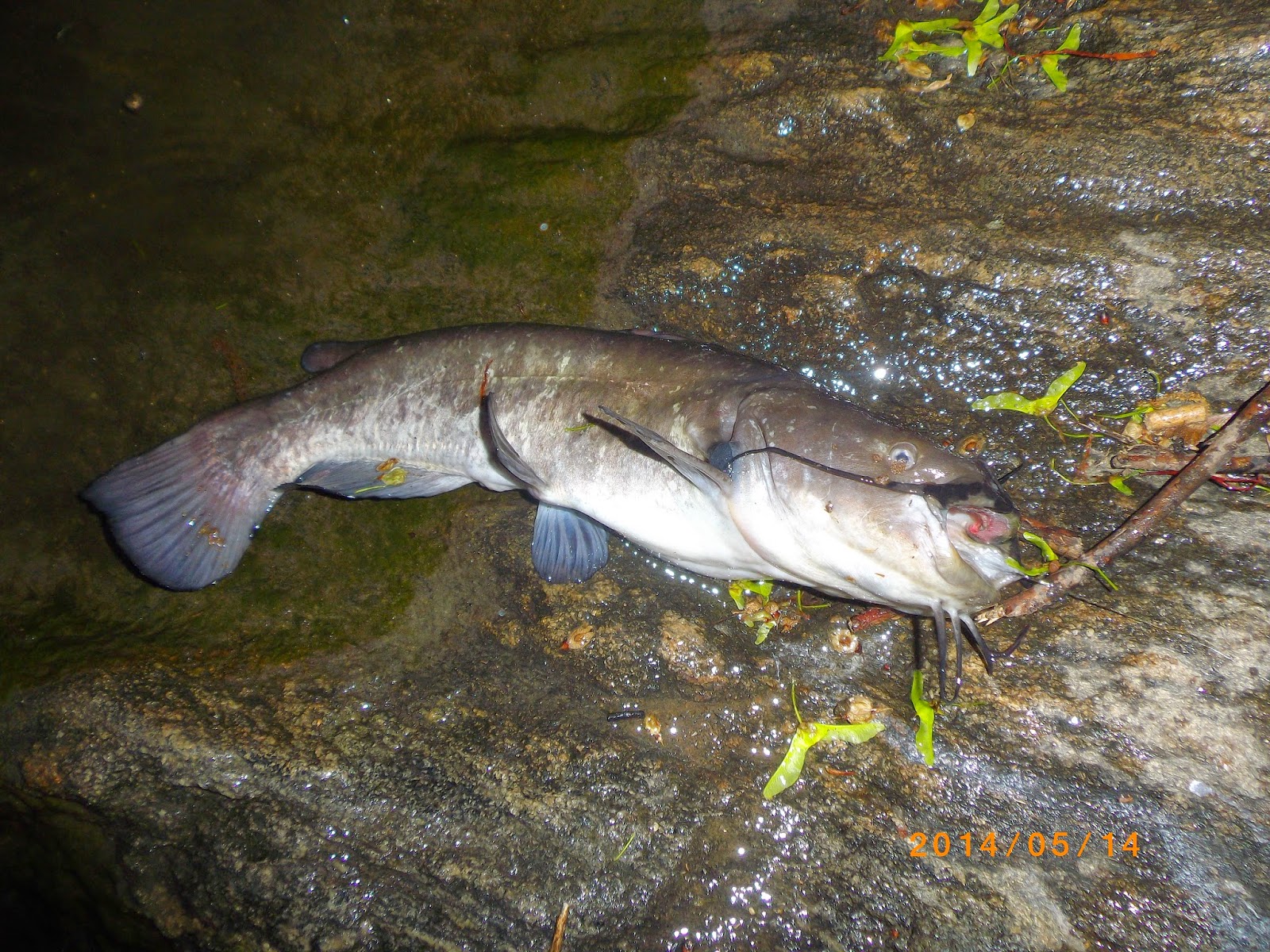 During the time I fished I also caught two nice size catfish.  This one is more than 30mm. 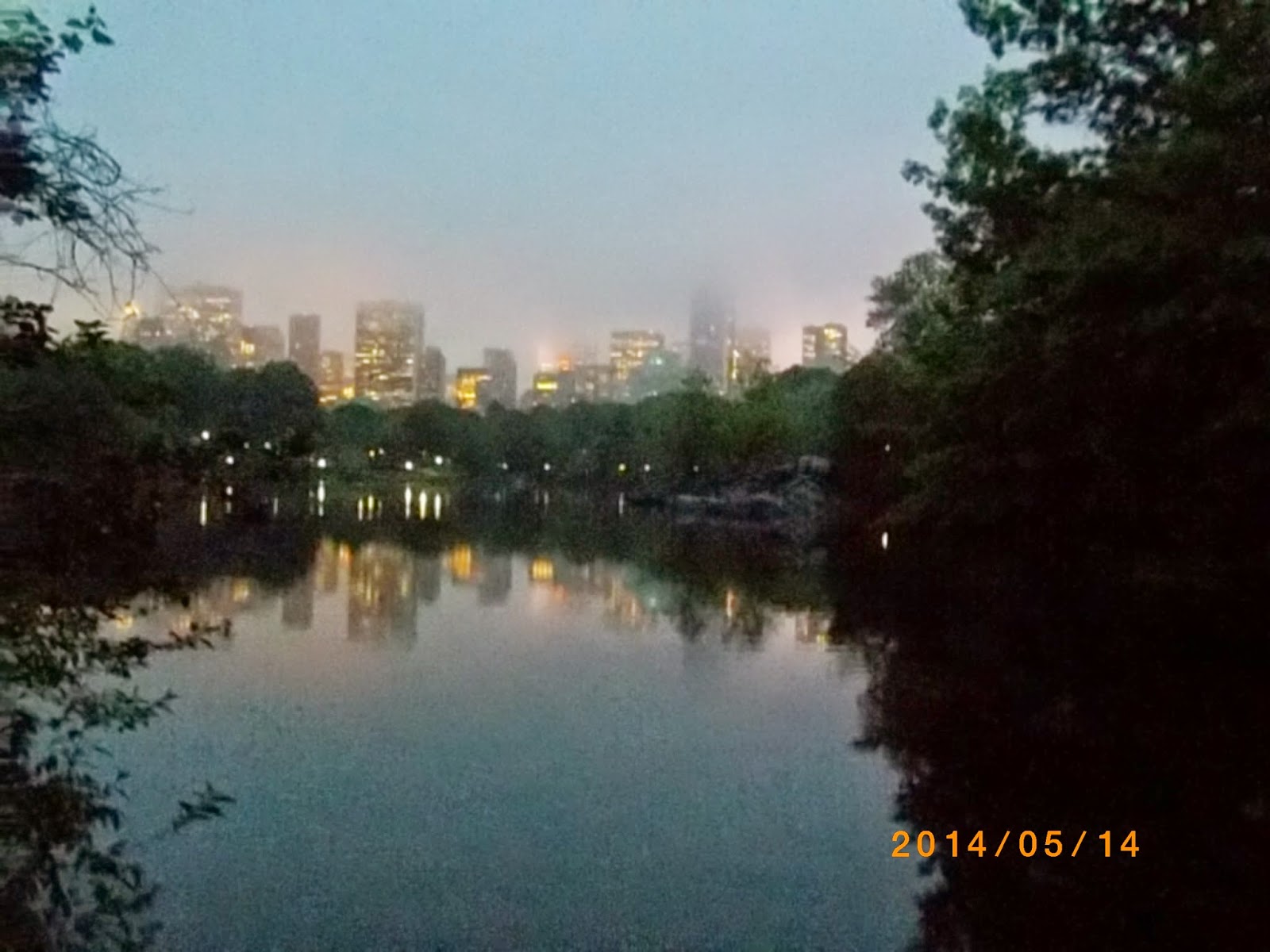 As night time covered us, the carp started to "cloop", feed on the surface.  Big swirls
were created by large koi and common carp who felt safe in the twilight.