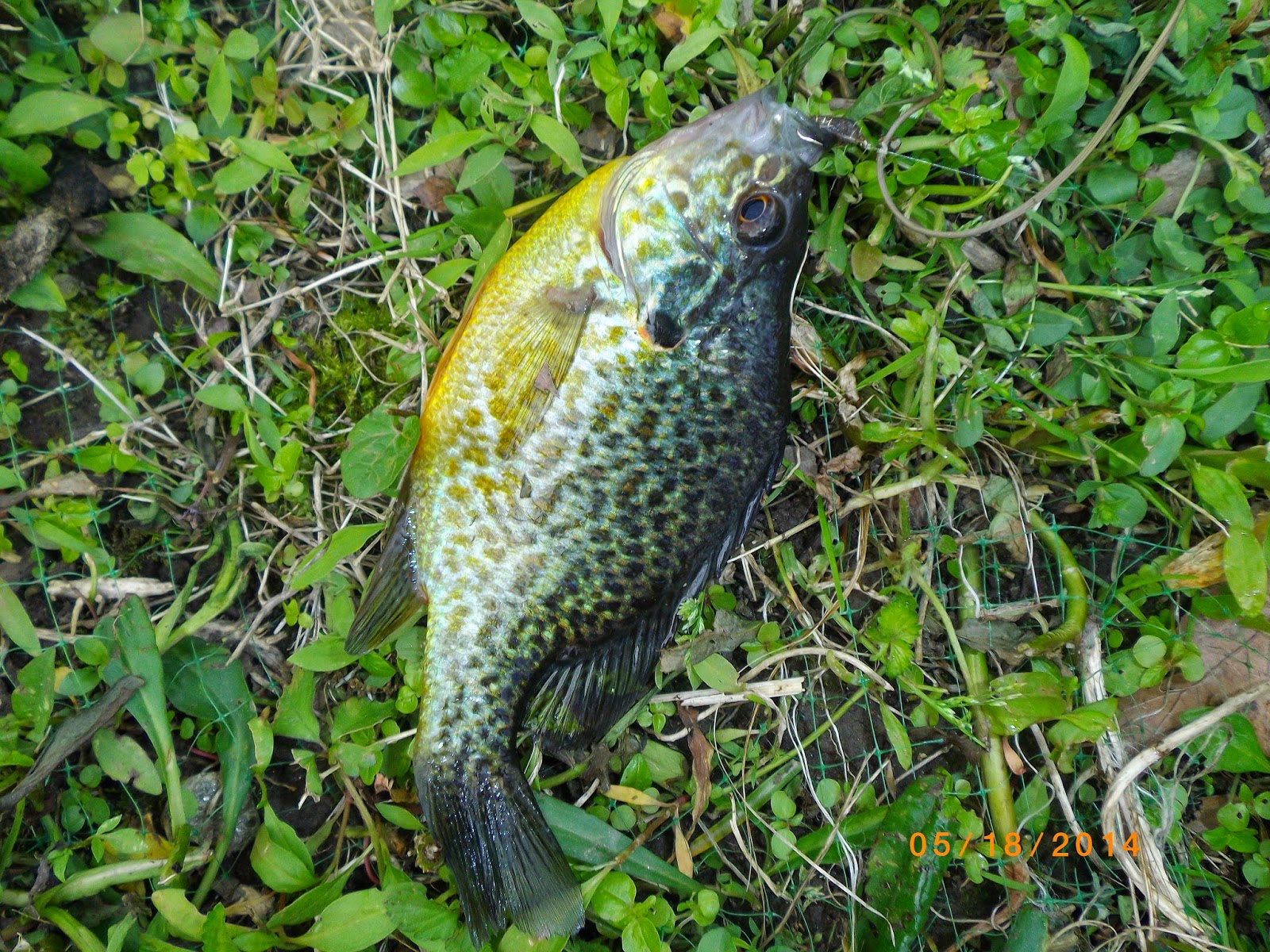 I was checking a Google Maps link and noticed this pond.  I had not heard of anyone
fishing here.  So I put on my pack (which is always loaded and ready ) and headed  for
the Metro North Terminal in New York City. 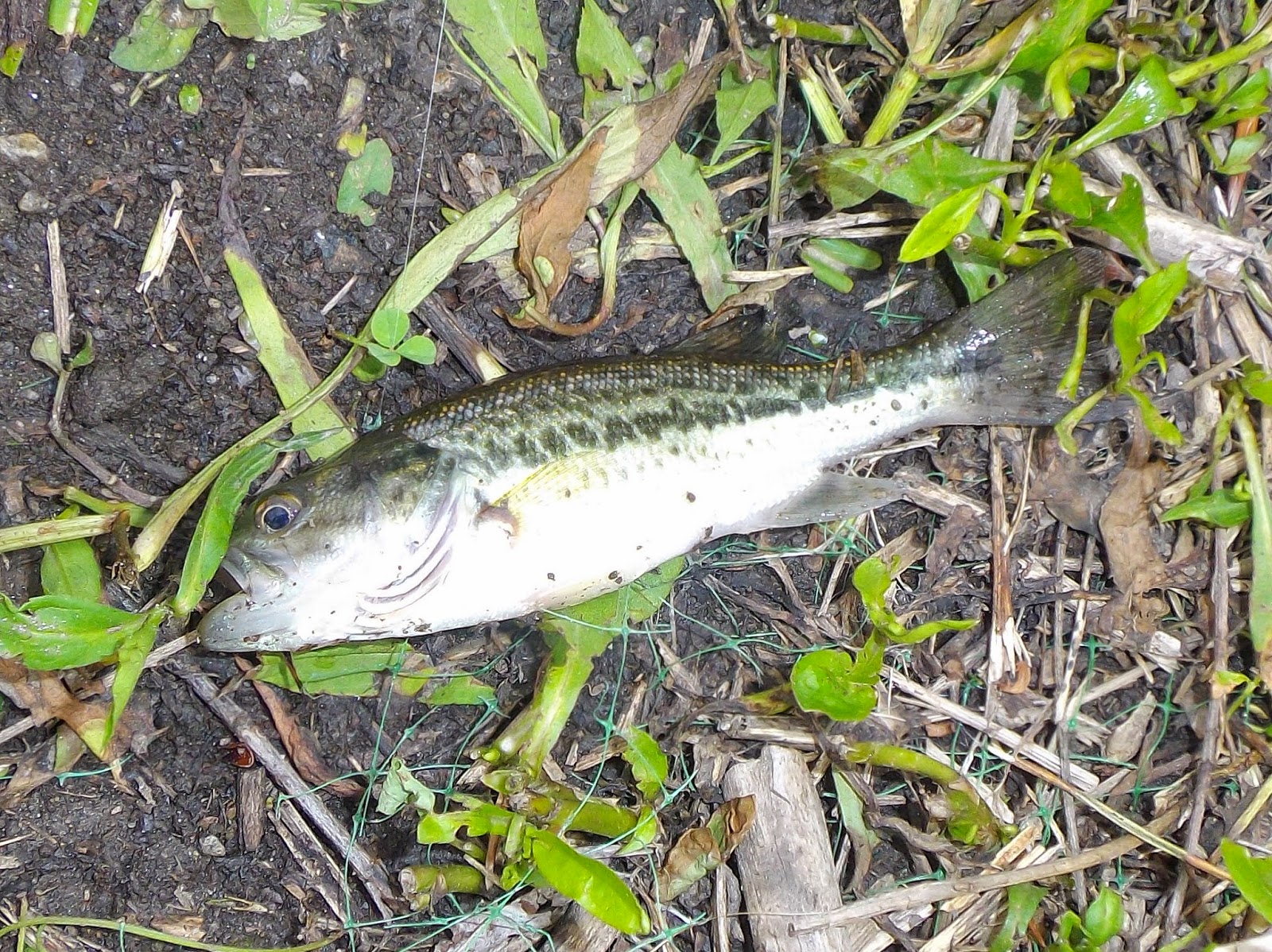 The train ride was the easy part.  The hard part was walking the streets of Westchester.
The distance from the train station to Carpenter Pond is nearly five kilometer. 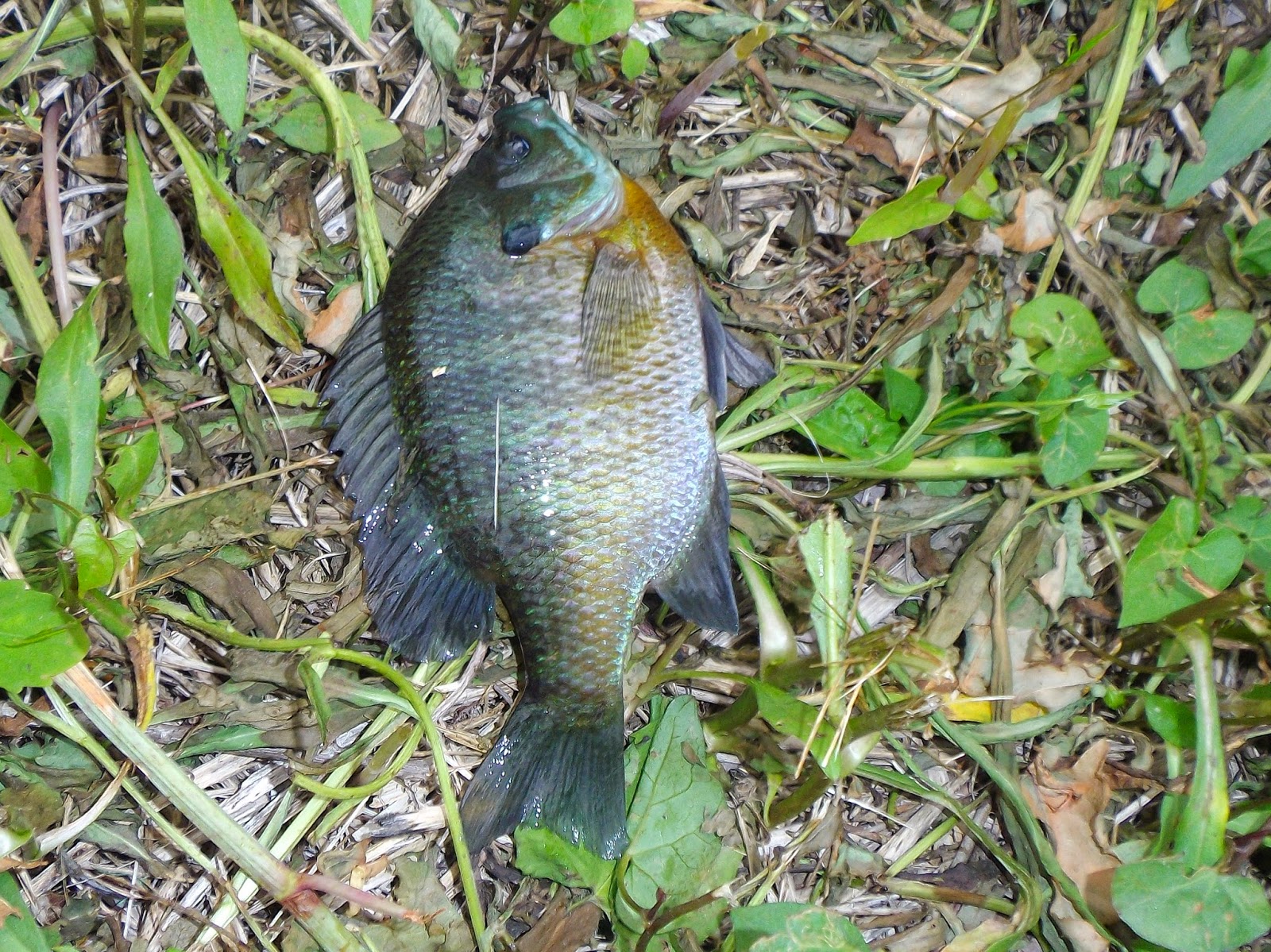 Since I started my trip in mid afternoon, I took a taxi from the station to the pond to save time.
It was a  ten minute drive by car. 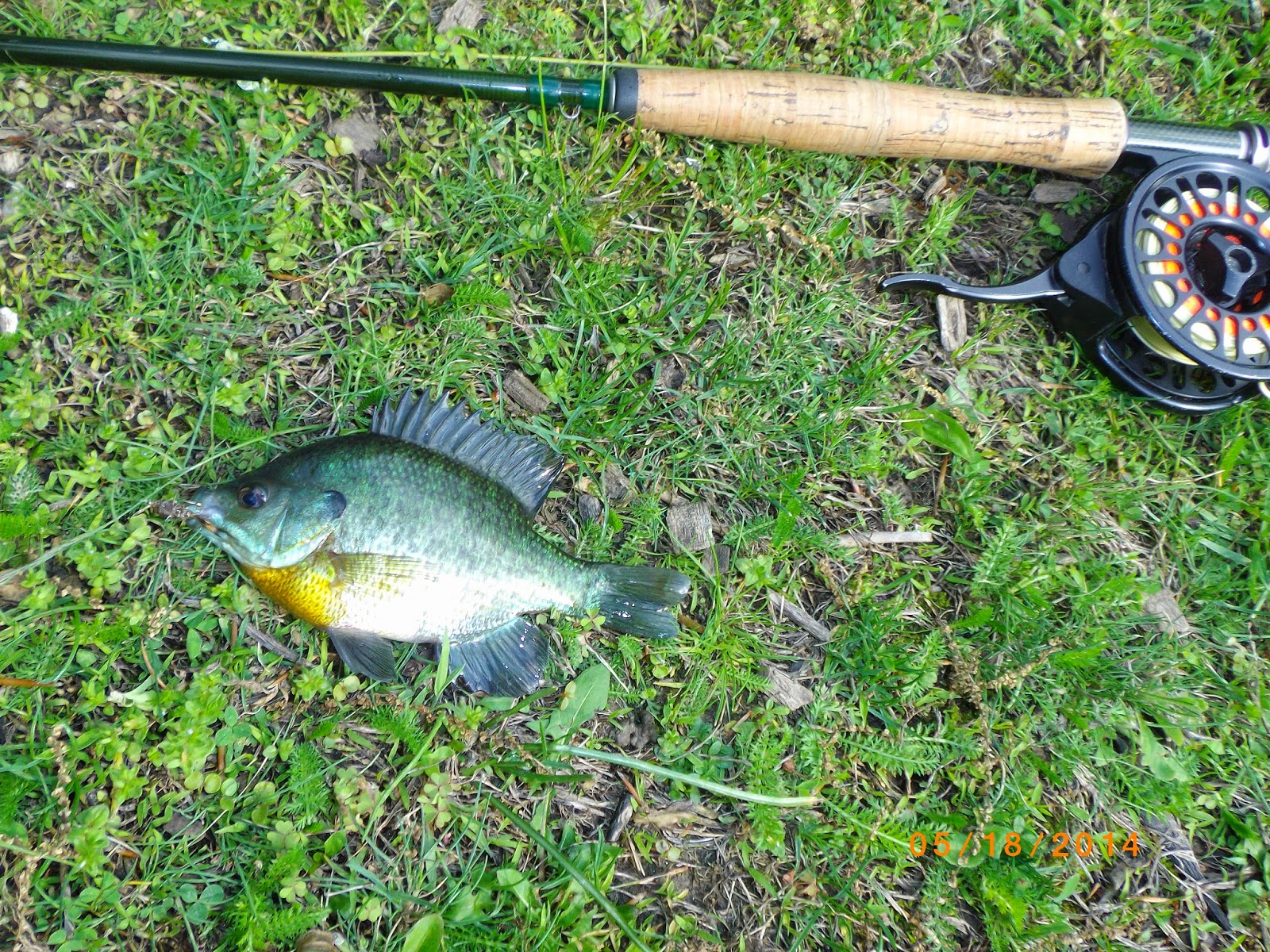 The one hour walk would come later. 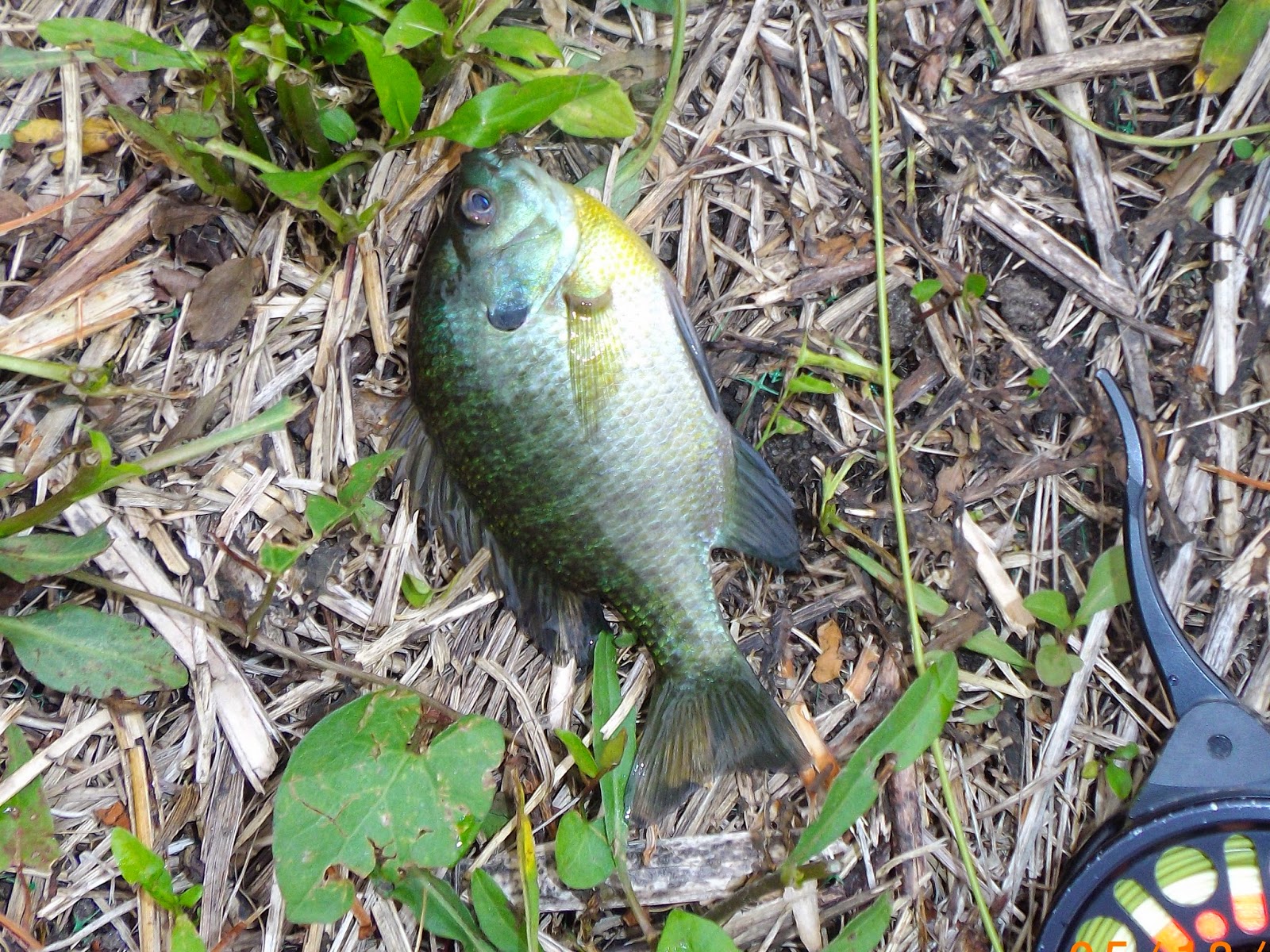 Walking down the path leading to the pond I saw a  man who was already fishing.  I asked
him what was the dominate fish and he said perch.  He also told me that a long time ago
small mouth bass lived in the pond. 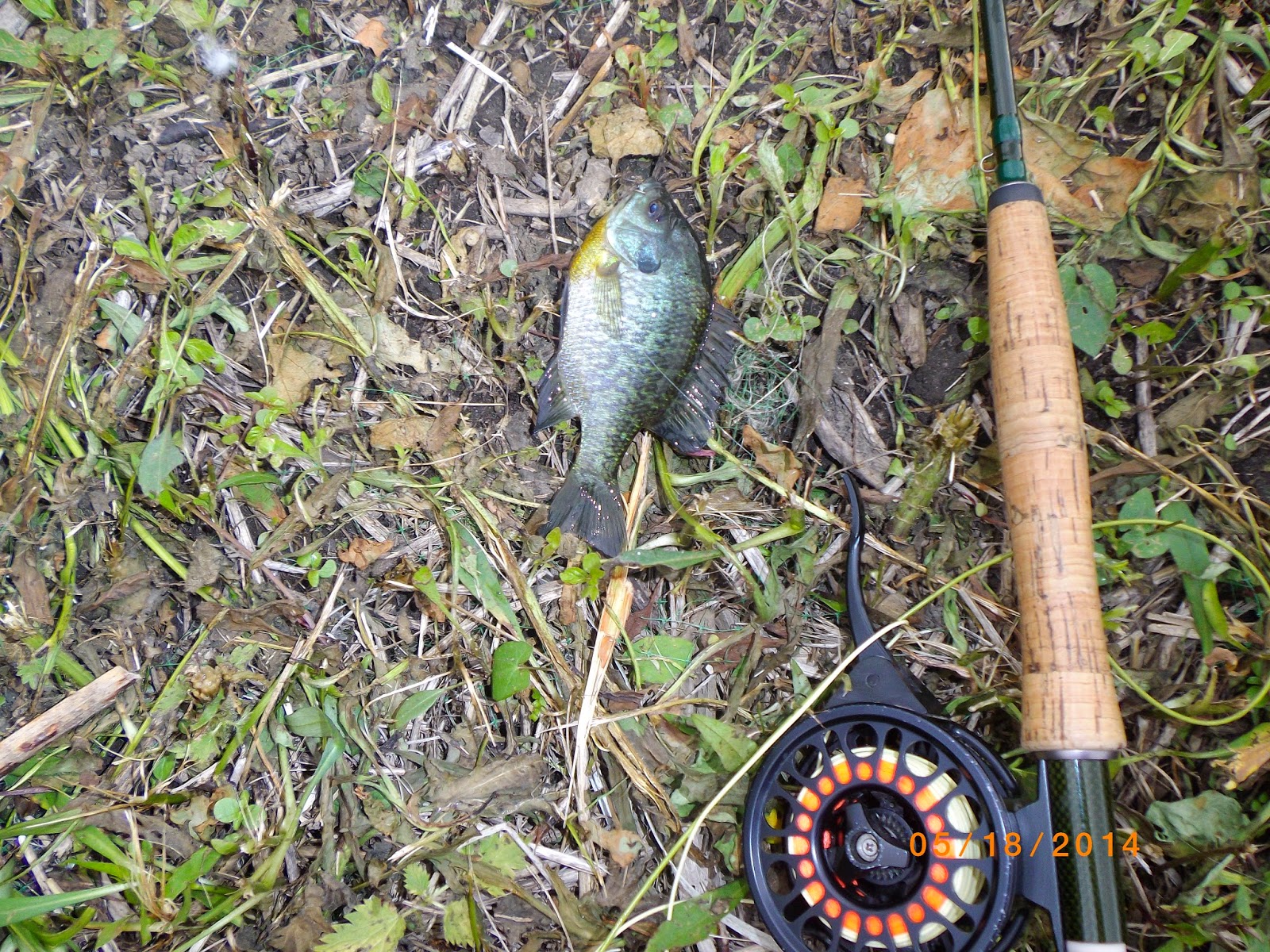 I looked over the pond and decided to start at the north end of the pond.  Here the water was shallow.
My nymphs kept getting caught on debris at the bottom of the pond.  So I switched to a hare's ear. 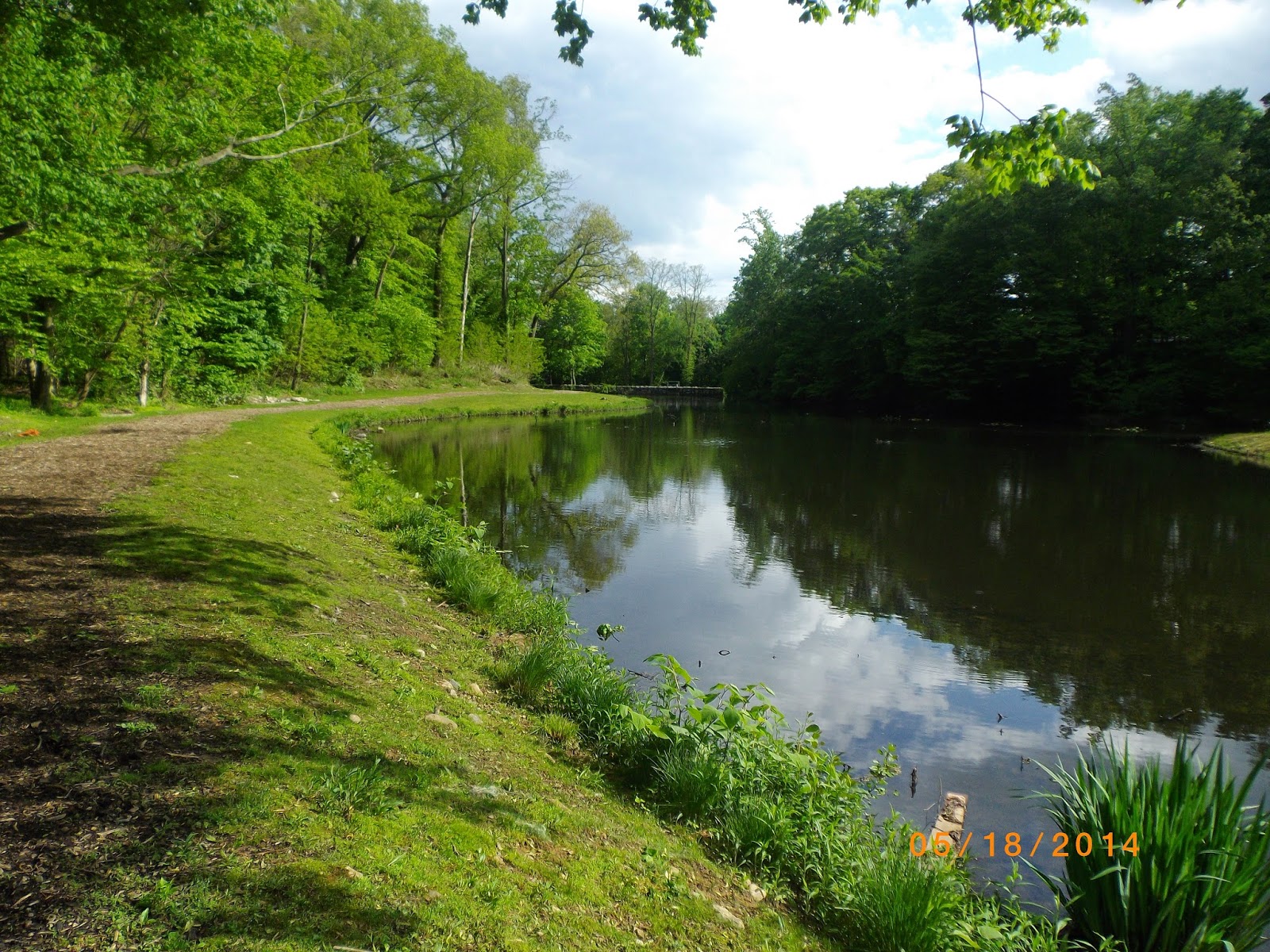 I moved along the shore line making Belgium casts and spey casting where it was necessary because
of nearby trees.  I was covering the pond with my cast so that I would find where fish were holding.  Most
of  the fish were immature blue gills, about two years old. 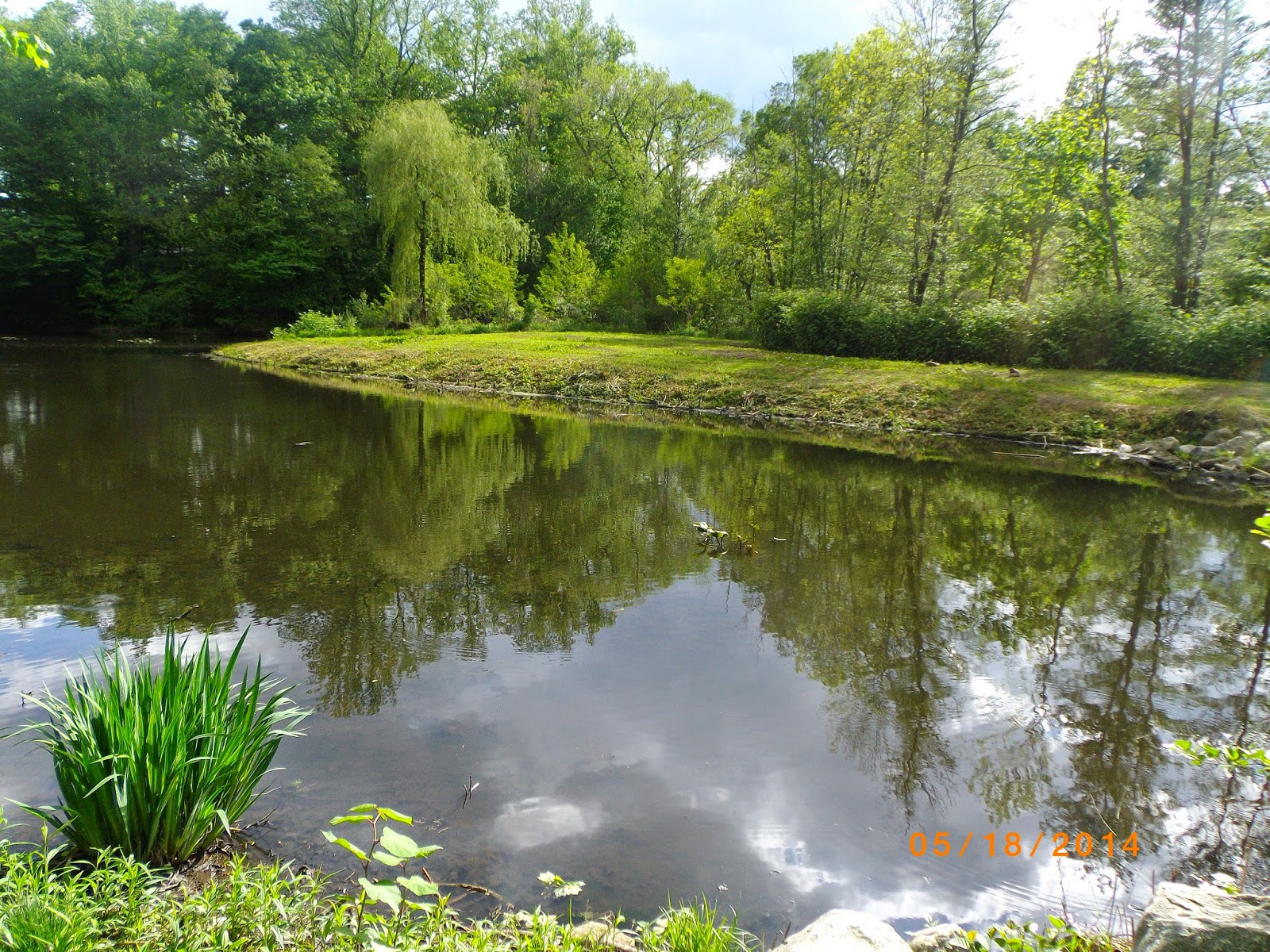 I saw no perch during my visit but I did catch a "thumb size bass".  There must be some
bigger fish but I was using small flies (#14) 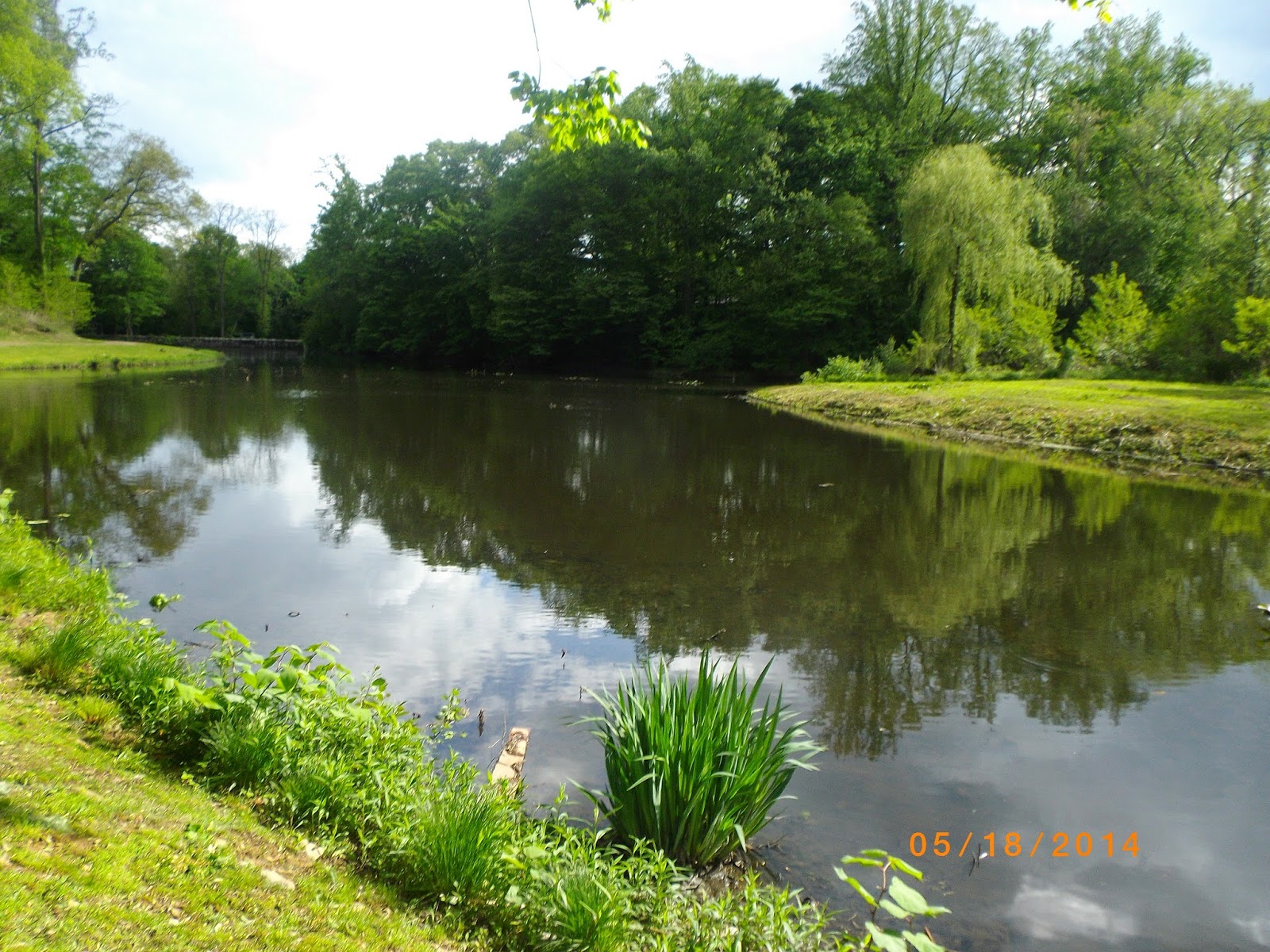 All of the fish I caught were holding in the very center of the pond. 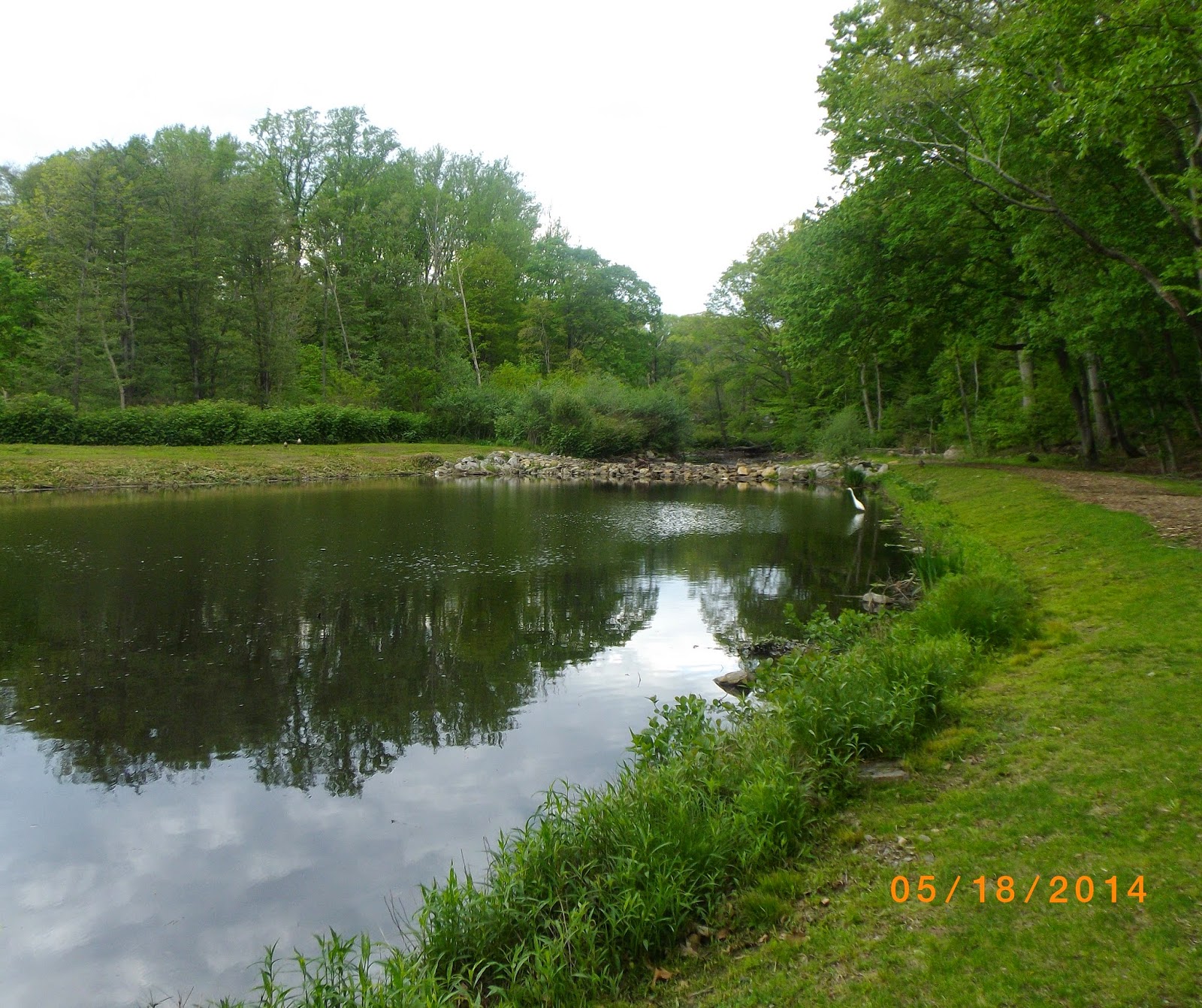 The north end of the pond.