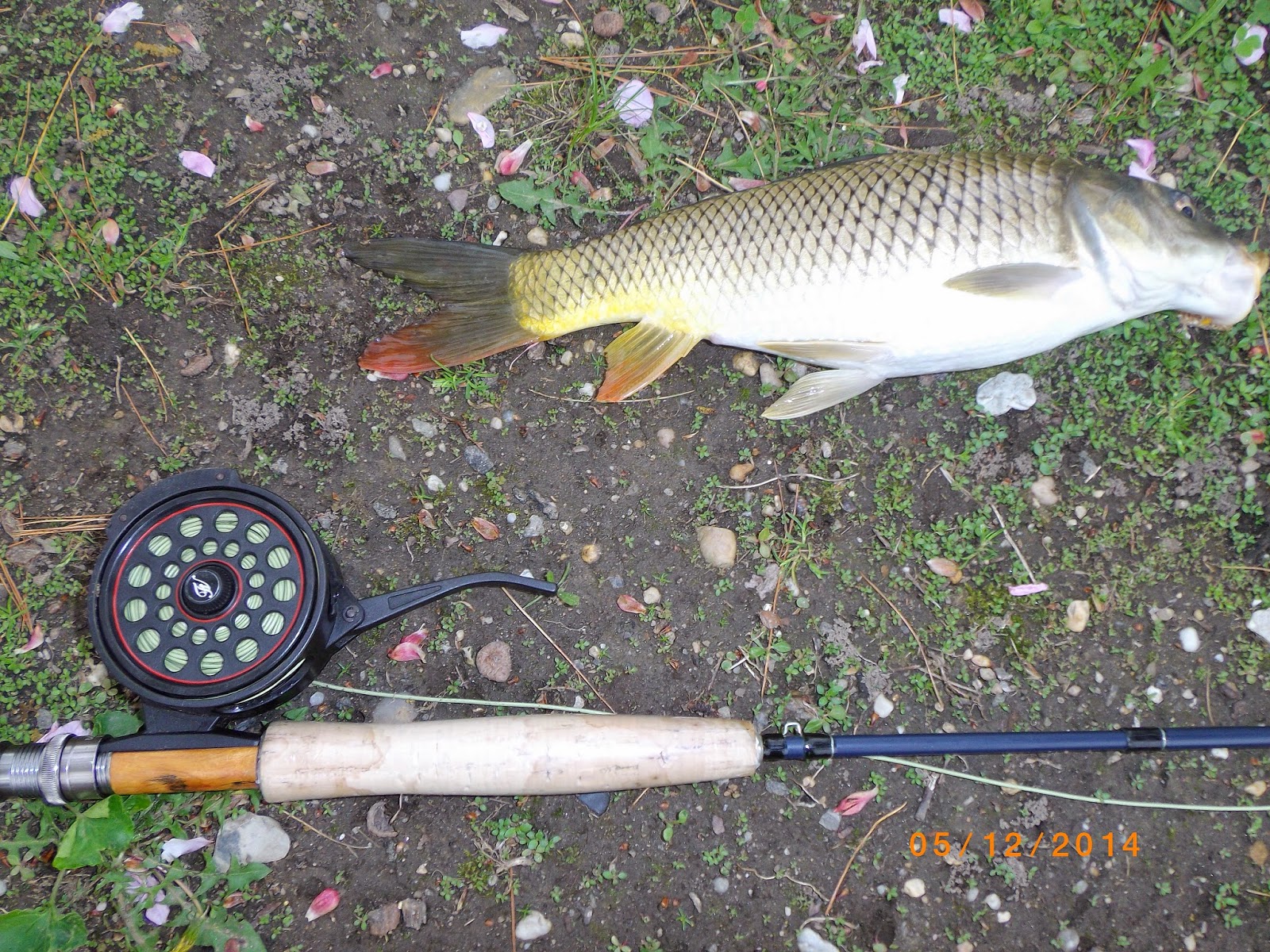 I went to a small pond in New Hyde Park.  It is Reported that there are small Bass, small carp
and gold fish here. 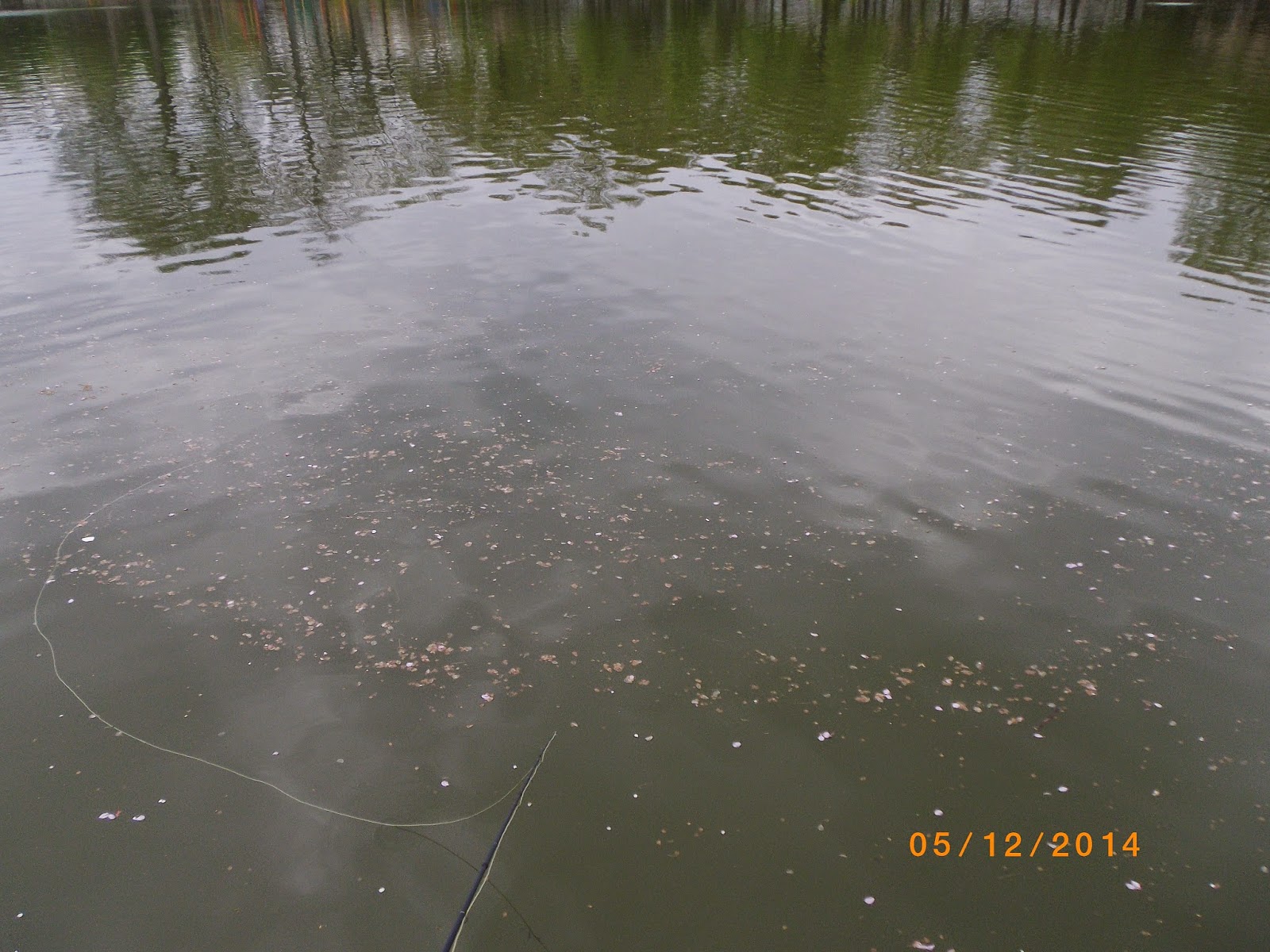 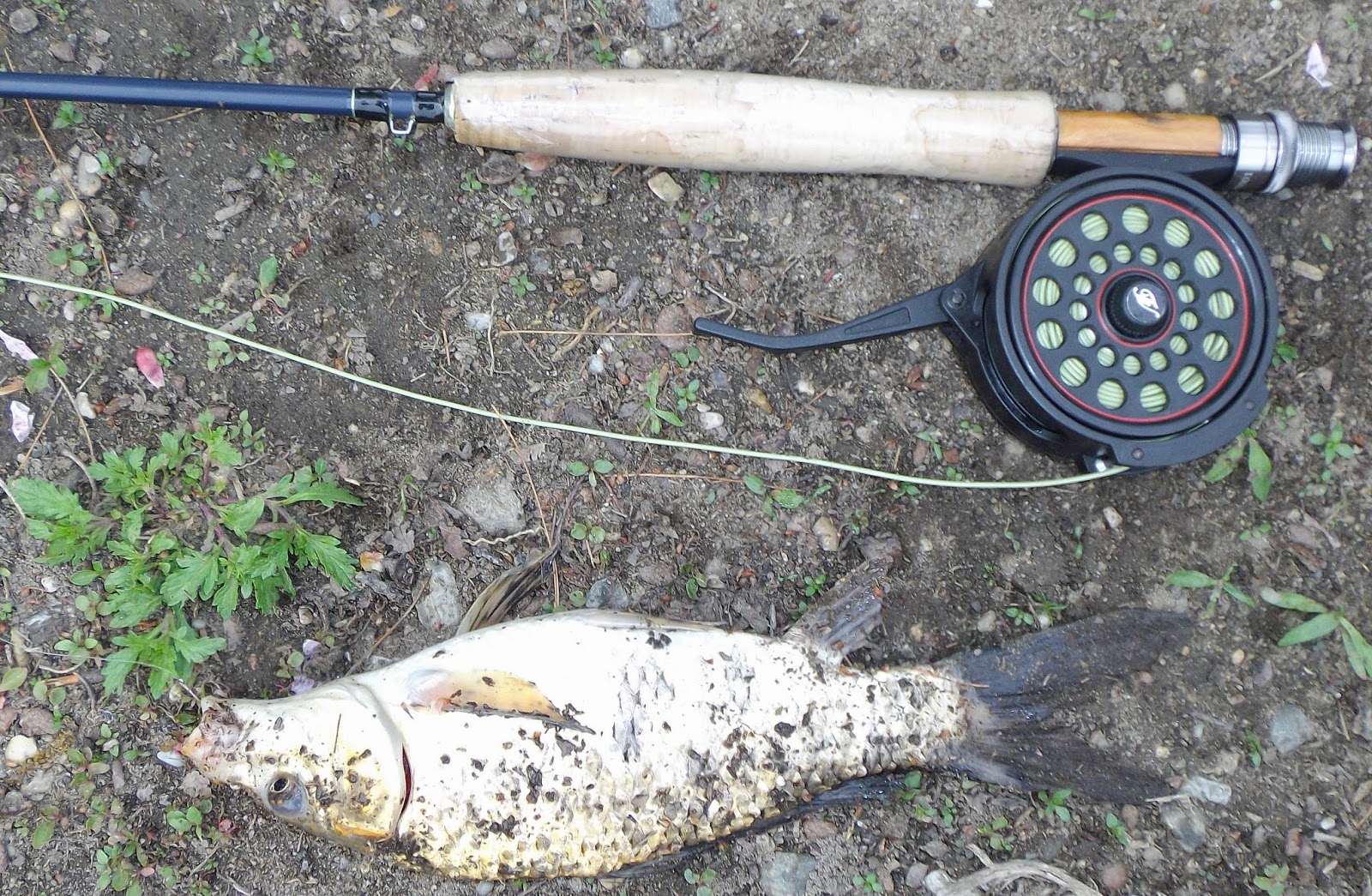 This fish had koi like markings which are not visible in this photo due to the fish flopping
in the dirt as I tried to take it's picture.  It appeared to have black areas on the dorsal fin area.
I used my March Brown Travel Fly rod, a nine foot,  seven piece, 2 weight I've owned for
several years.  I matched it with an old Franco Vivarelli semi automatic fly reel ( note the screw on spool) 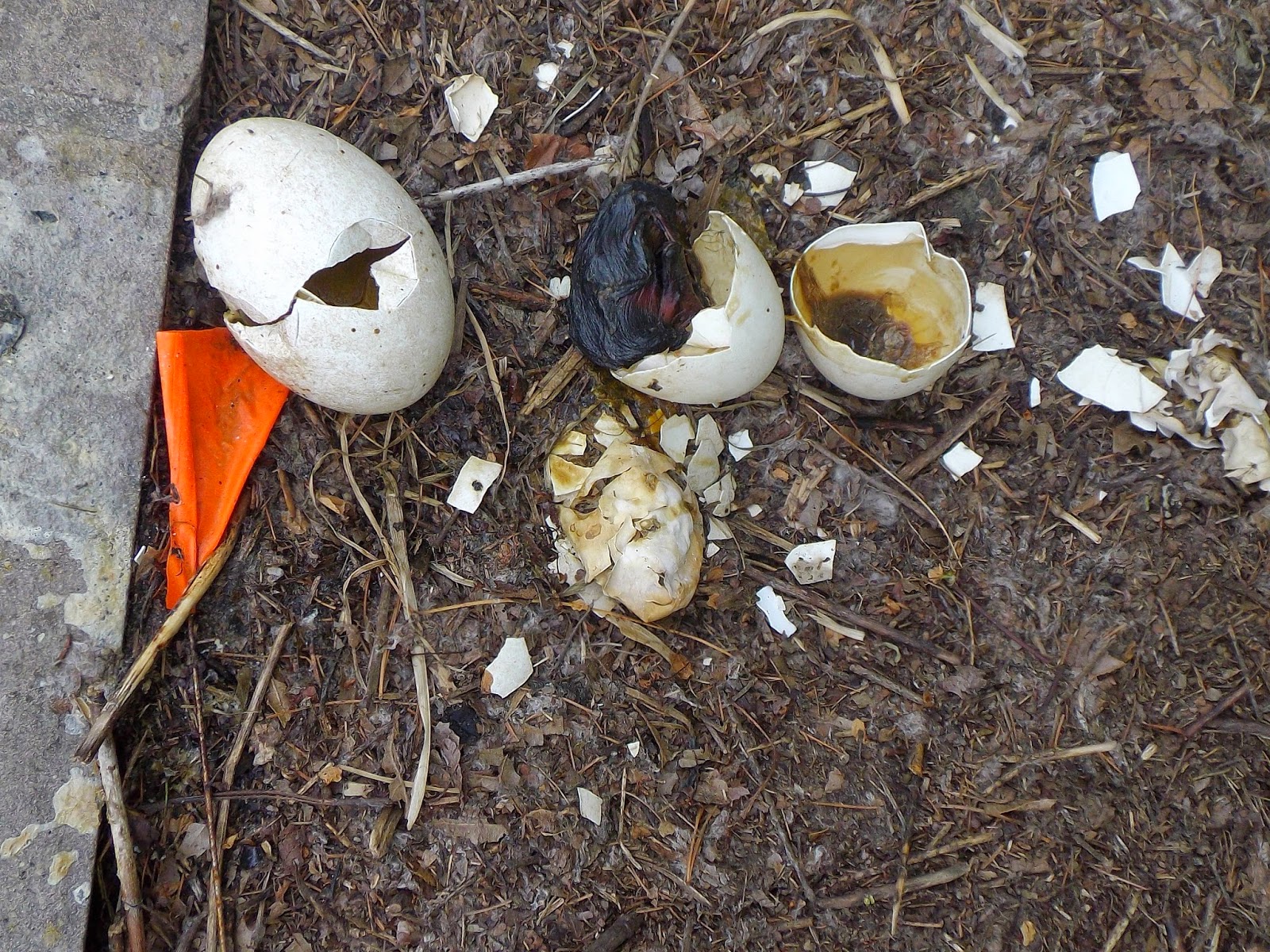 A pair of Canada geese had just hatched three chicks from this nest near the edge of the pond. 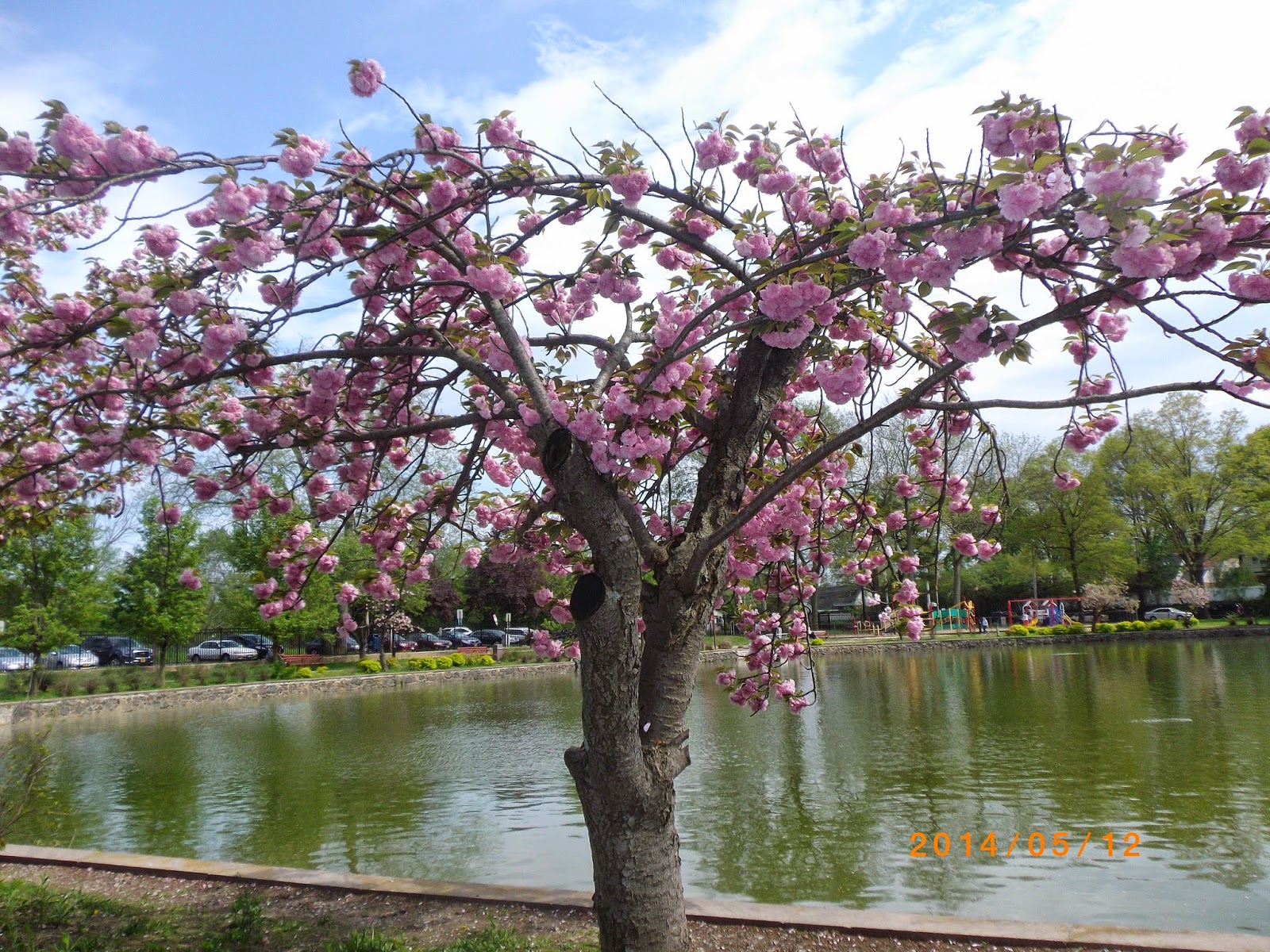 Ridder pond is open to residents of New Hyde Park only.  I was allowed to fish here as
a guest of a resident. 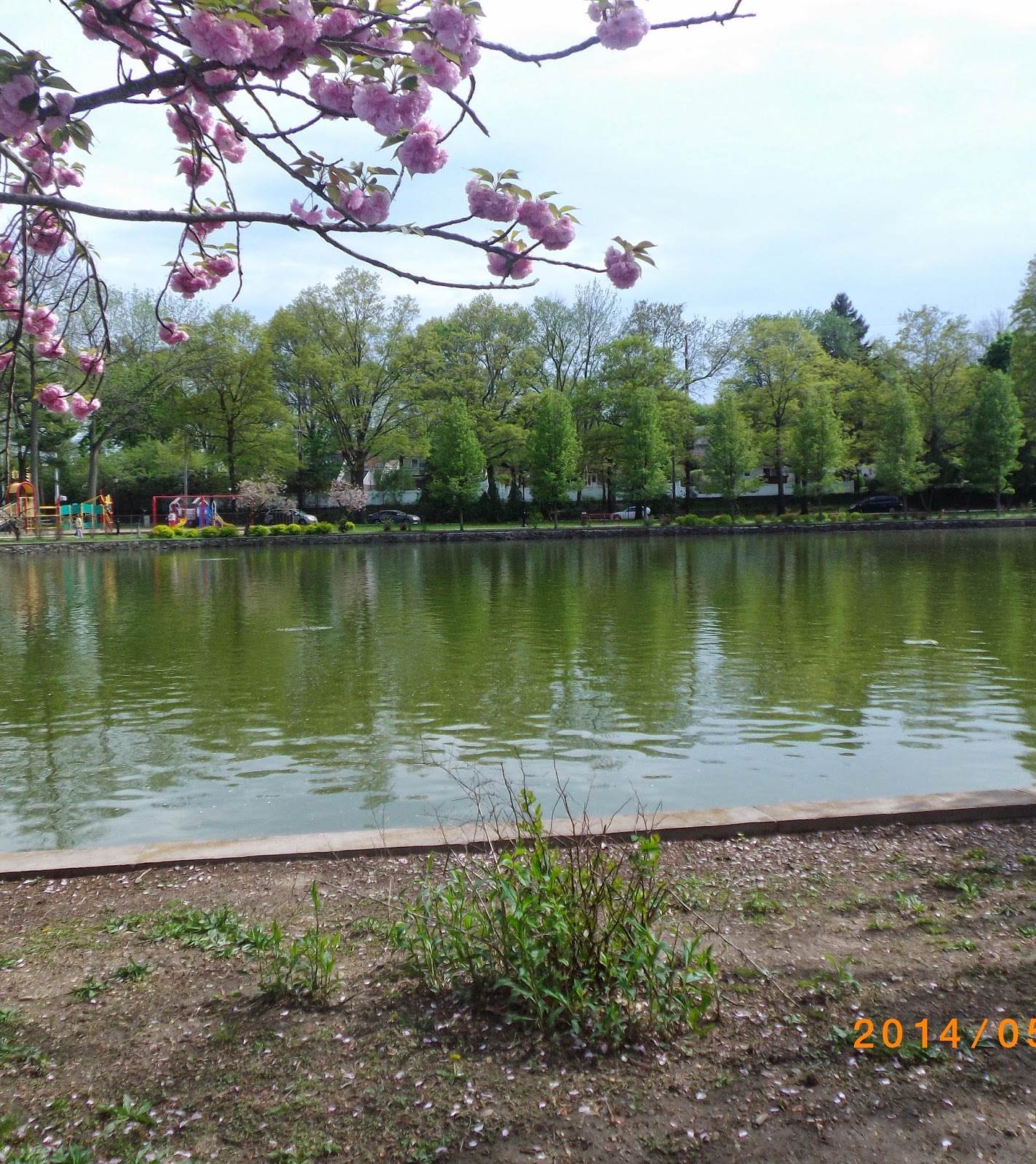 I hooked 5 carp but lost 3.  It was really fun to fish ultra light again, especially because
these little ones fought hard. 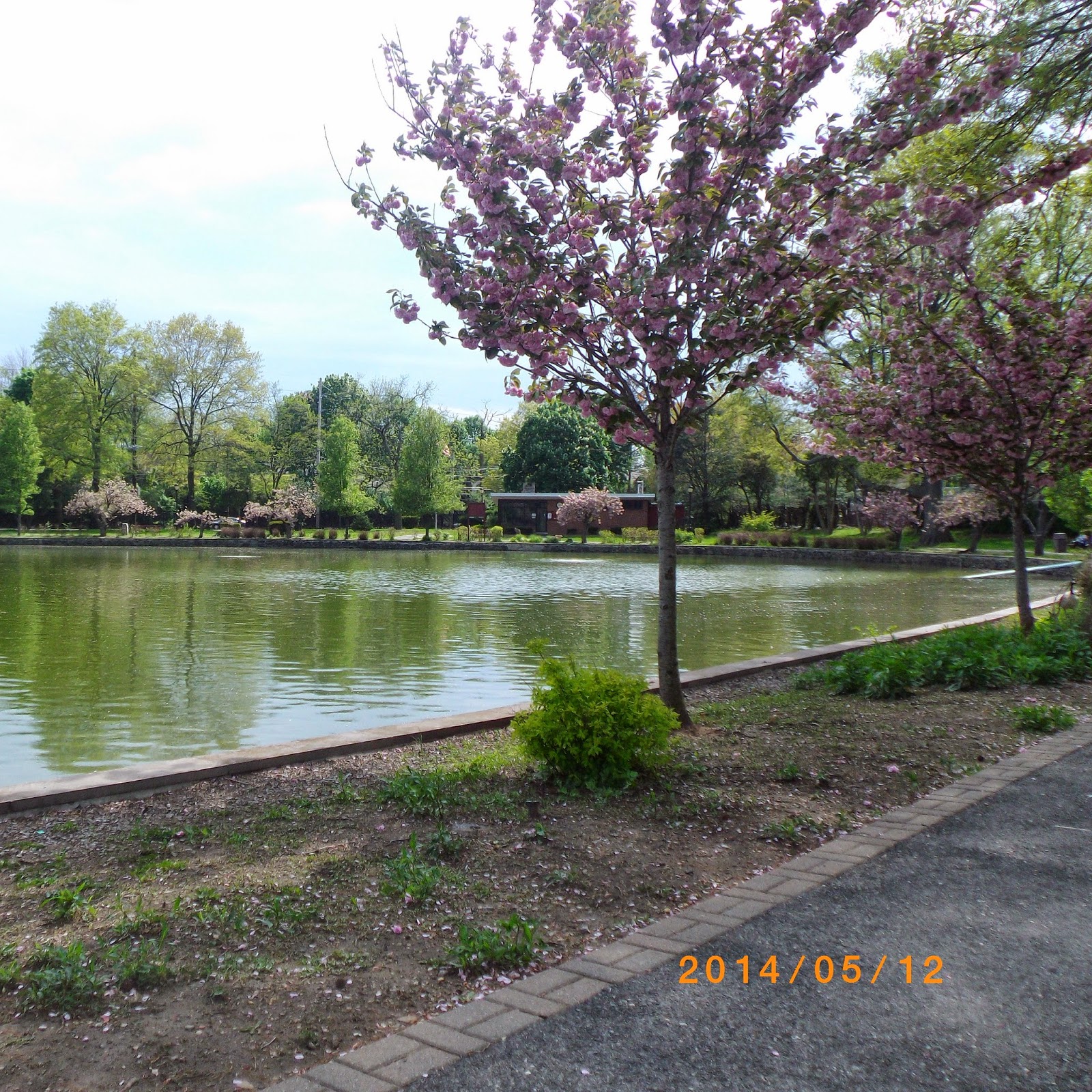