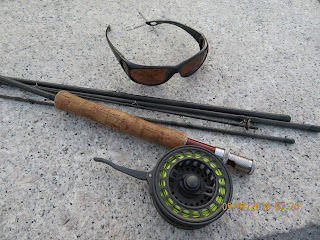 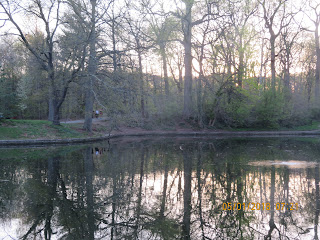 My polarized sunglasses allowed me to see that fish were holding but not actively feeding.  A bead head prince was my first choice of the flies I fished.  A crappie showed interest and this time I was able to set the hook. But as I raised my rod tip Ol' paper lips got free. 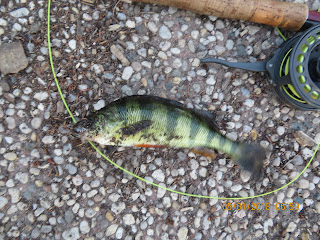 I had no more takes until I used a bead head zug bug.  I was fishing a deeper part of the area in front of the Boat House.  After a few strips, I felt the tug of a fish.  The rod tip began to bend as the fish resisted my efforts to bring it in.  To my surprise it was one of the seldom caught yellow perch that
can be here in the spring or later fall. 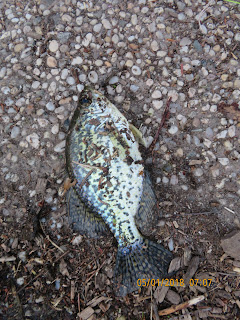 A Belgium cast later and the zug had enticed a crappie.  Not bad for less than ninety
minutes of fishing this afternoon. 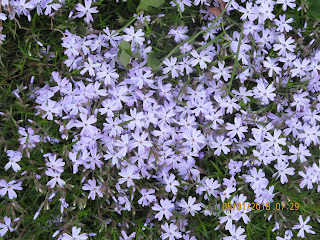