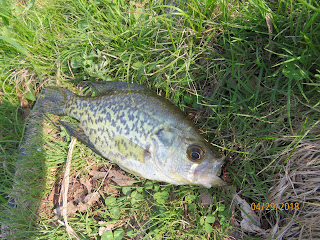 The weather forecast calls for temperatures in the low 70 F. today.  One of my favorite
places to fish in the early spring is The Meer, in Central Park.   This lake quickly gets algae blooms
as the warm weather heats the water.  So there is a small window of opportunity to fish here in the
spring.  The water is clear and visibility is excellent.  Fishing for bass is very good! . 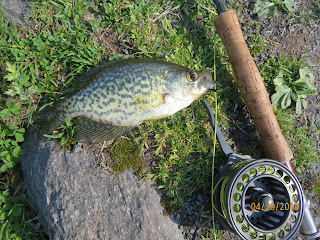 Spring has made it's presence felt slowly.  Temperatures have been cooler than normal and rainfall has been above average for New York City, for the month of April.  I was more than happy to hear the forecast for today.  Very little wind,warm air and the first good day to fly fish.  I tried several flies before I started to catch fish consistently.  I caught a couple of blue gills.  They were small. No more than two years old. 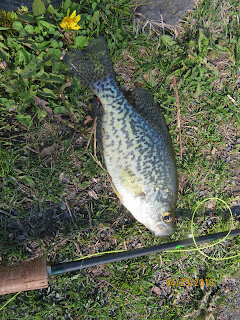 I have a couple of old "stalking bugs" in my fly box.  These are tied on small #14 hooks.
I remember once trying to catch fish in Florida using the stalking bug.  I made several cast
before I had a big take.  It was a huge large mouth bass.  I could not believe the size of this bass.
It was clearly more than five pounds.  And I easily lost the fish due to some nifty maneuvering
by the monster bass.  But it showed that the fly could catch fish. 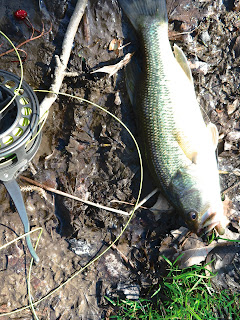 When I fish The Meer there are several spots that hold fish in the spring.  I know that I can fish these spots and catch bass, blue gills, and or crappie.  This day it was no different.  The water was clear
and visibility was about five feet.  After a few cast I located where the crappie were holding in the cove I fished.  I moved on after catching a few nice size fish. 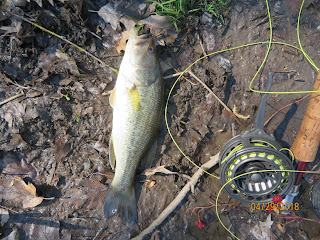 The next spot I fished usually holds mature blue gills but today I did not see or catch blue gills.  Bass had entered this spot.  I hooker several large mouth but was only able to land a one pound bass, all on the tiny stalking bug. 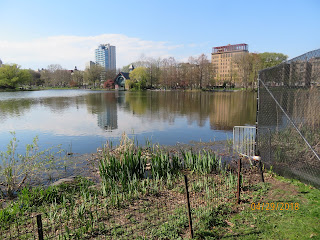 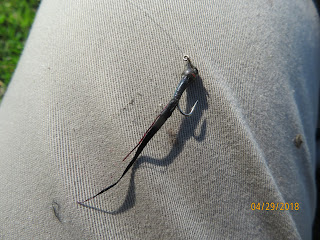 A beaten but proud "stalking bug" 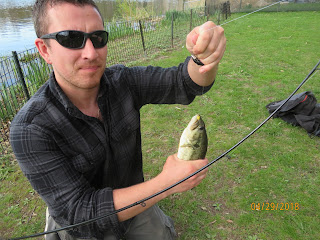 Today's Honorable Mention Award  goes to Conner who caught large mouth bass using
kernels of corn.  Nothing else was working. 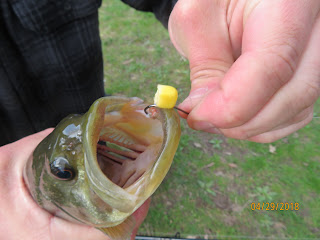 Proof that carp bait will catch bass under the right conditions. 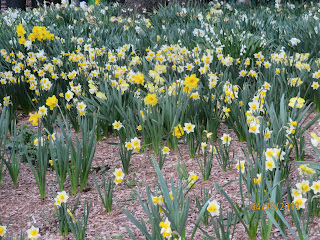 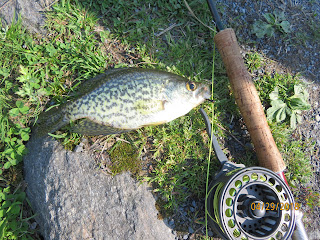