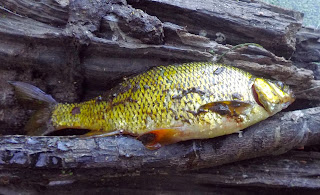 I'm still trying to catch a carp in Prospect Park Lake.  I arrived after 5:00pm for this session. 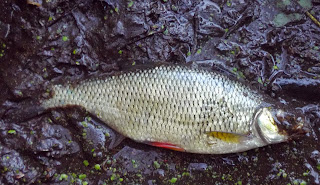 There were very few turtles lying in wait; even though I had put two pounds of corn in the water the previous day. The spot I chose is heavily wooded so I brought my "Fenwick "floater bum" fly rod.  It is a three piece, 7 weight fiberglass, six foot, ten inch weapon of carp destruction!  Like most fiberglass rods, it can take a lickin and keep on tickin. 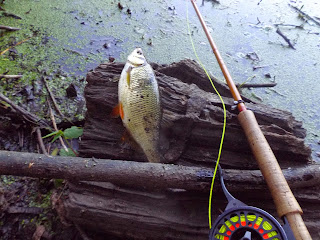 So even though no carp were visible in this cove, there were lots of golden shiners. Lots of them.
I used a small egg pattern (yellow) because it resembled a corn kernel. 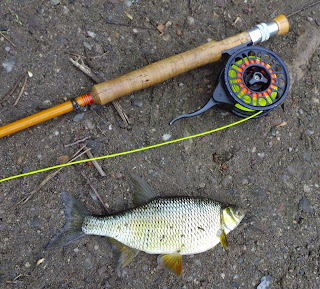 Every few years, there are larger than normal size golden shiners in the lake.  This seems to be
one of those years. 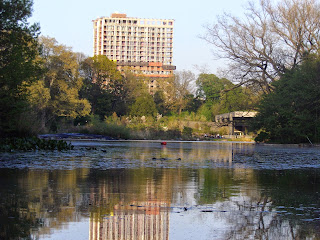 The spot where carp like to suspend and spawn. 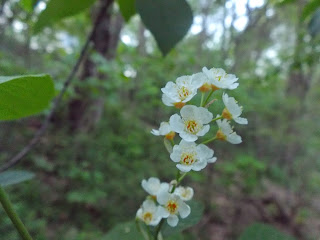 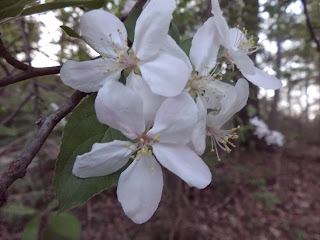 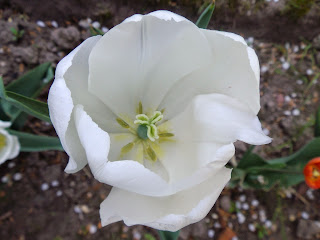