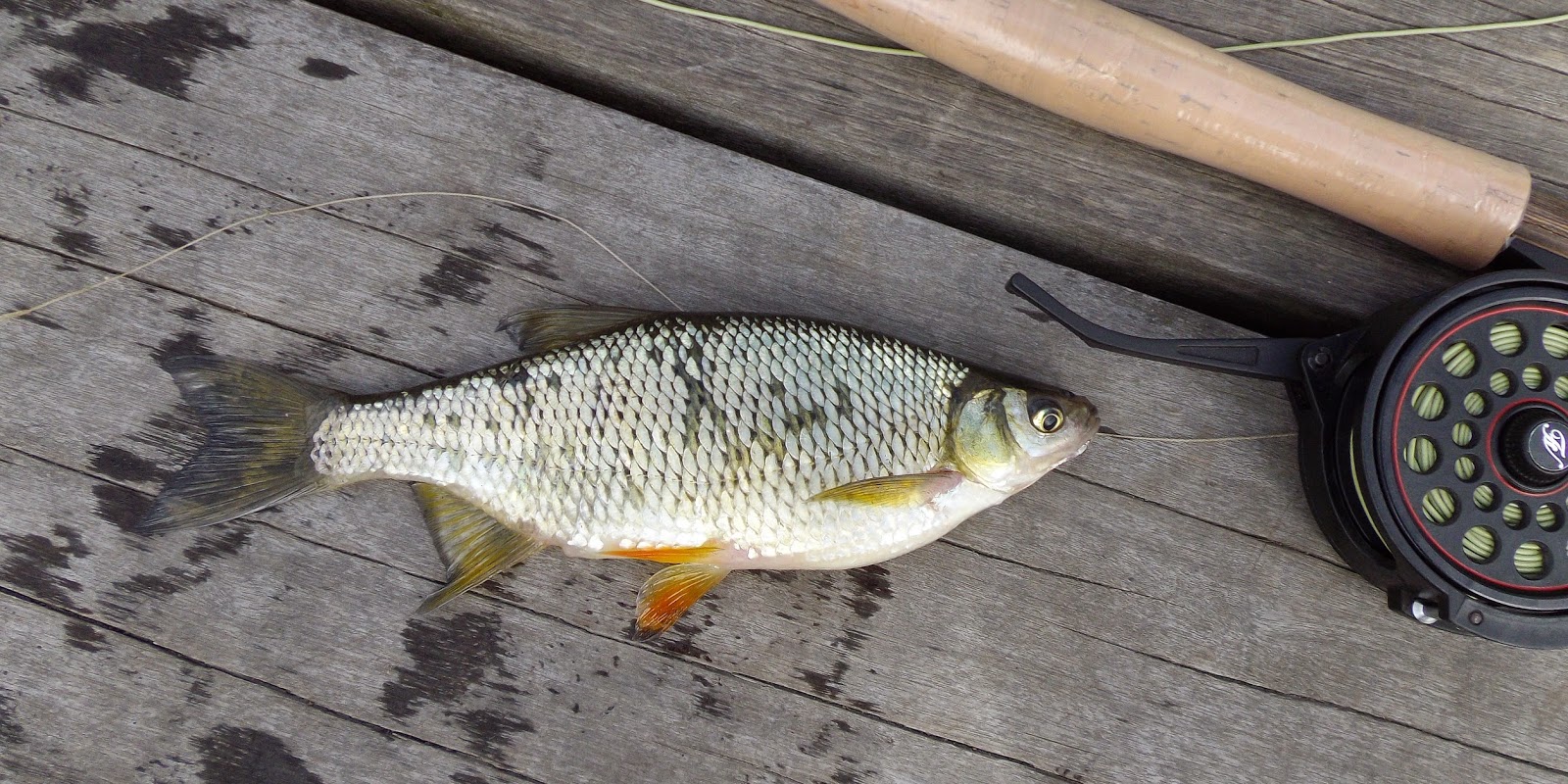 Caught a number of golden shiners this afternoon.  I used a fiberglass fly rod and a Franco
Vivarelli fly reel but the key was a # 12 soft hackle  fly.  Golden Shiner have small mouths for their size and any hook larger than #12 is too big for their little mouths. 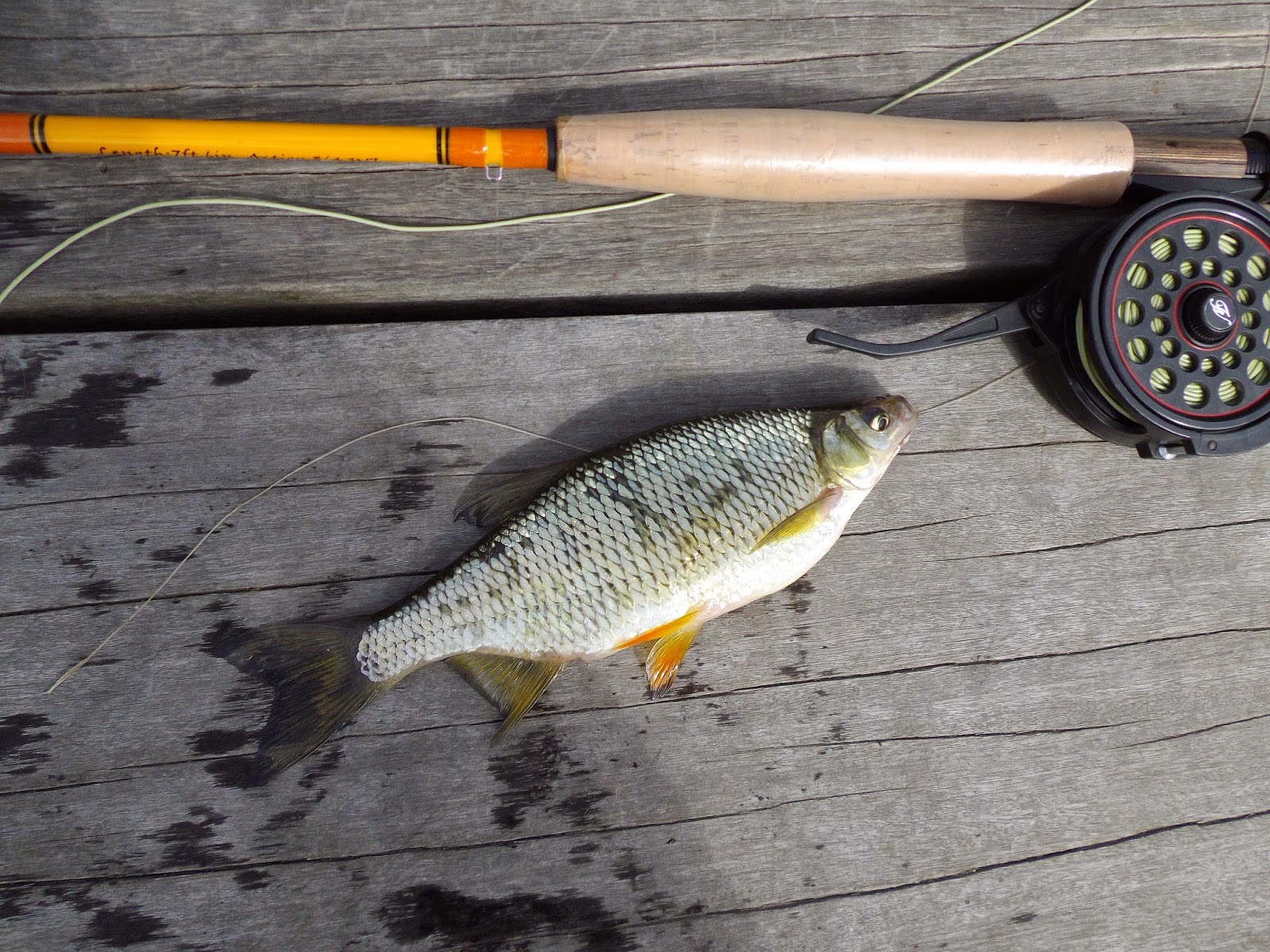 They seem to be most active in the spring and fall near the boat house in Prospect Park.  I've developed a technique for keeping them on the hook when I'm fishing for them.  I keep my rod tip down in the water until just my leader and tippet are outside of the rod tip. 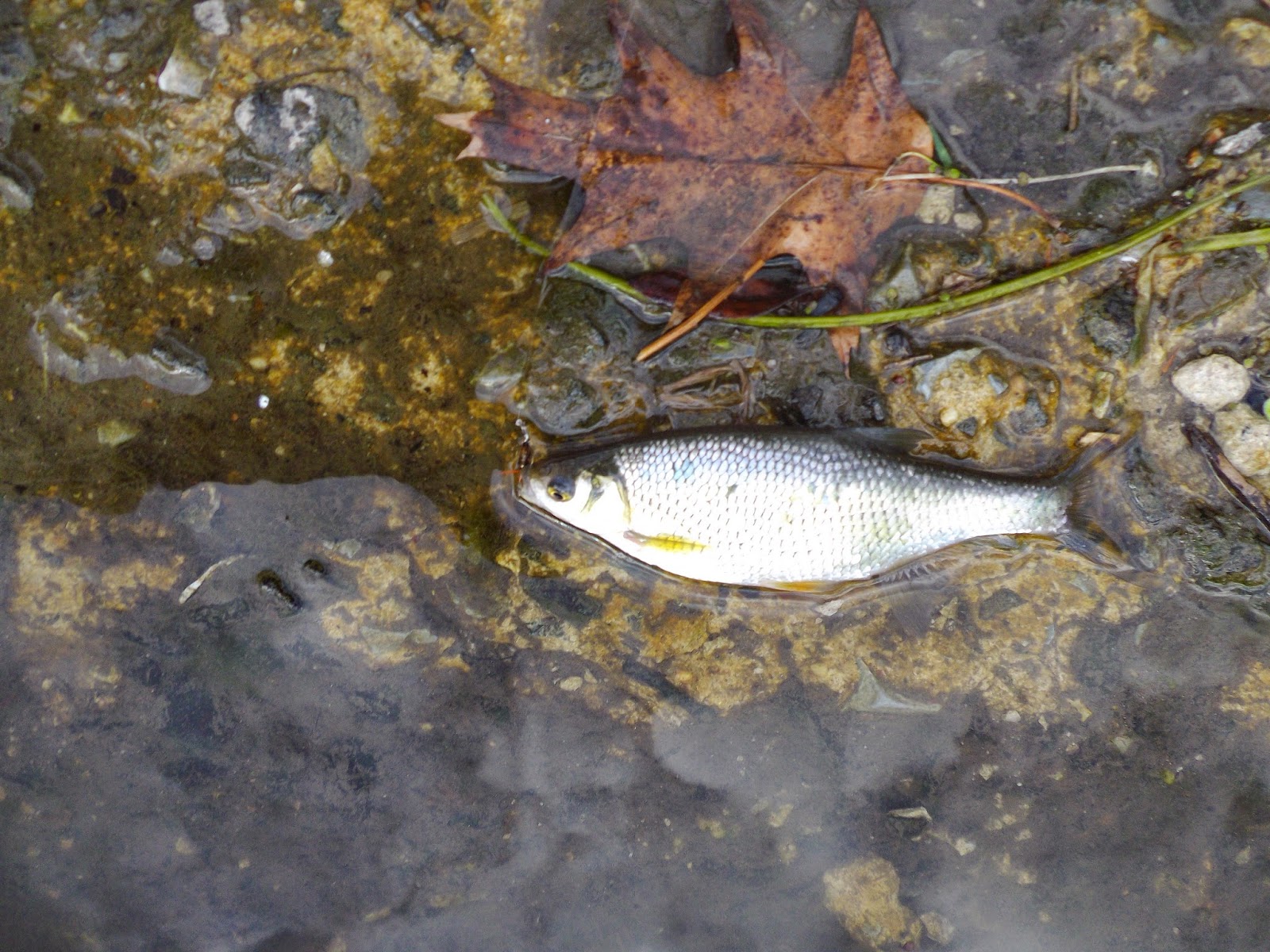 If I rise the rod tip before the fly line is inside of the rod tip the shiners manage to slip themselves off the hook.  I don't know why that happens but it does when I fish for them. 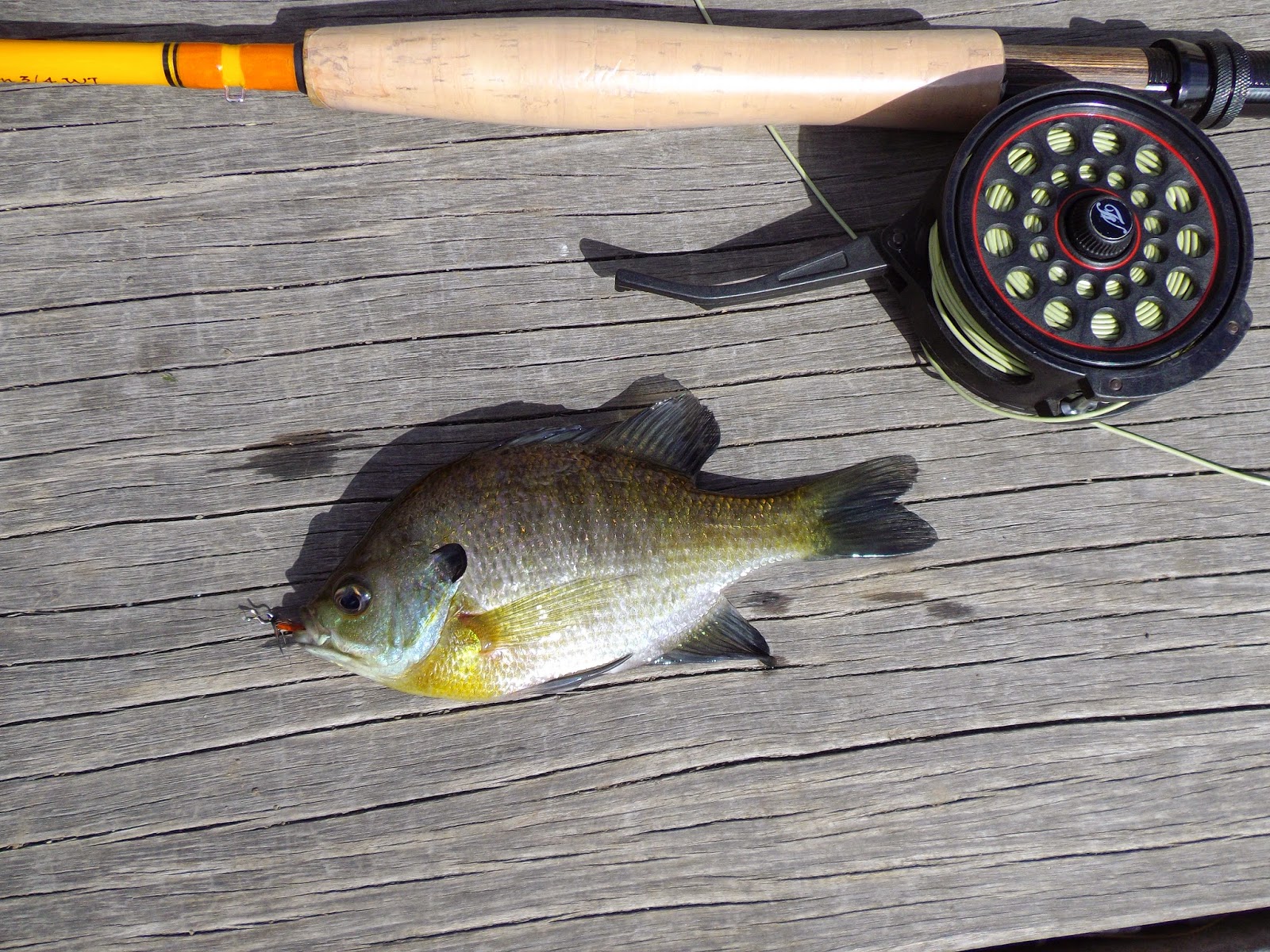 I also caught a few Bluegills on the same fly , an orange #12 soft Hackle. 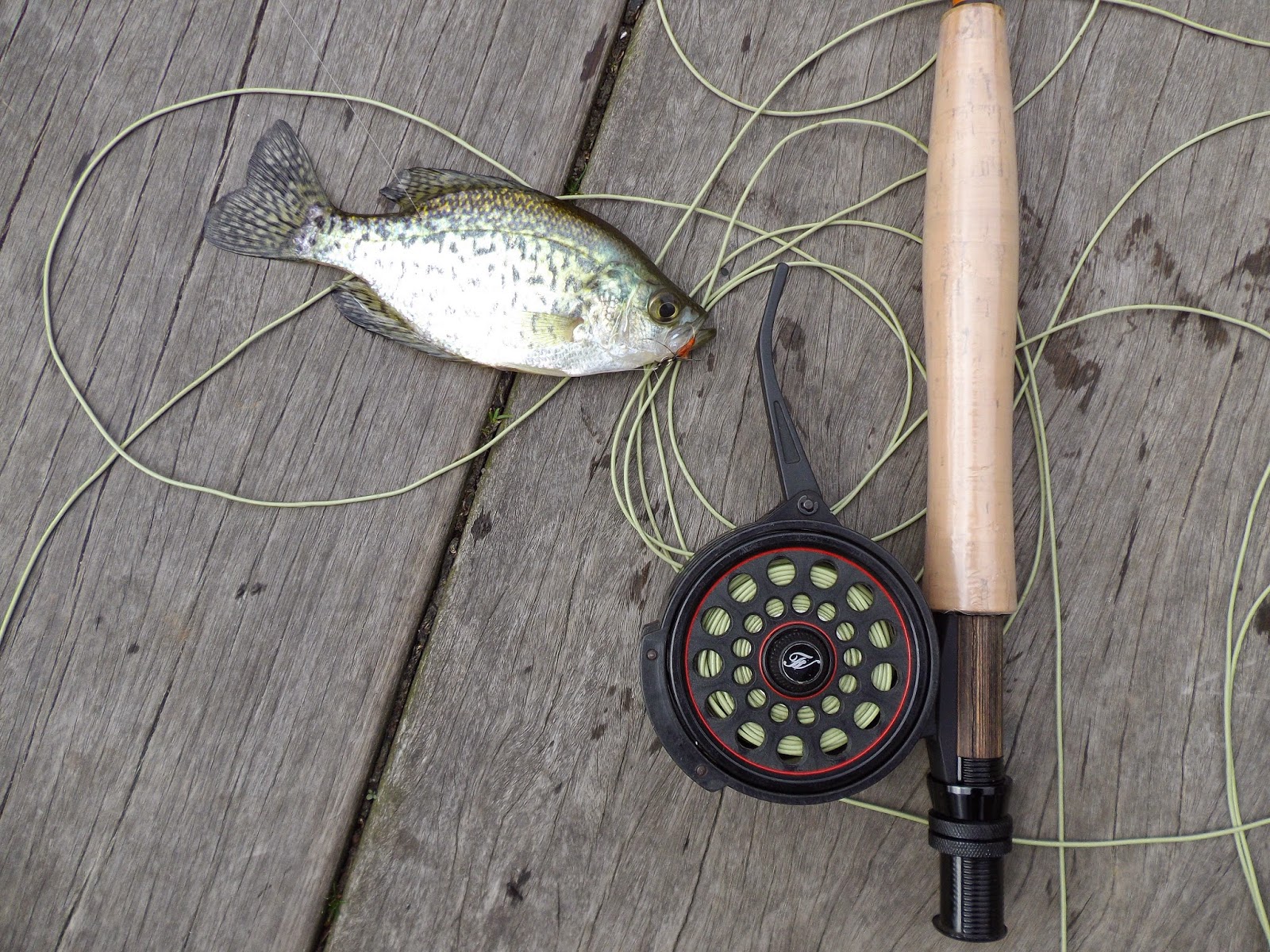 A couple of small crappie  too. 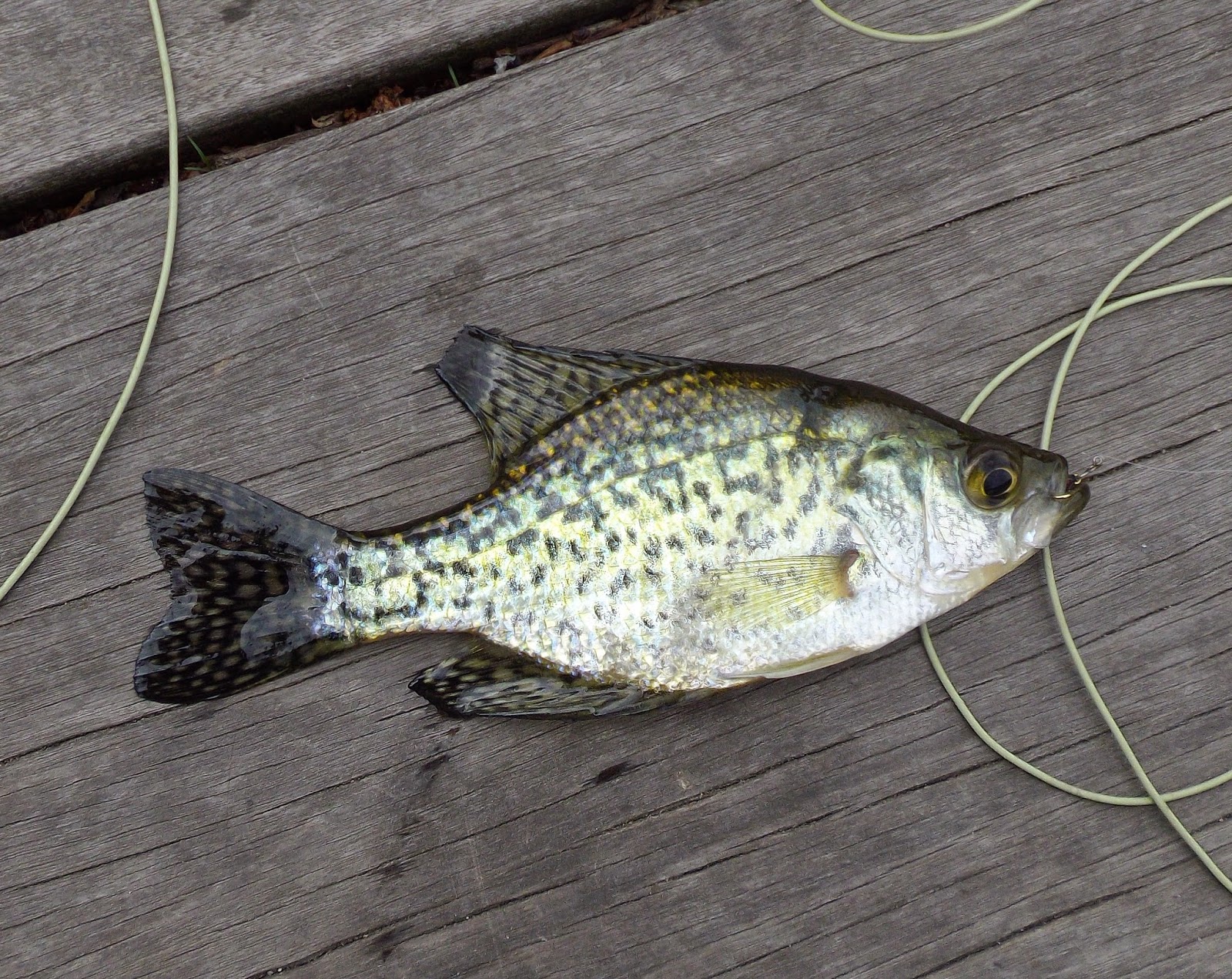 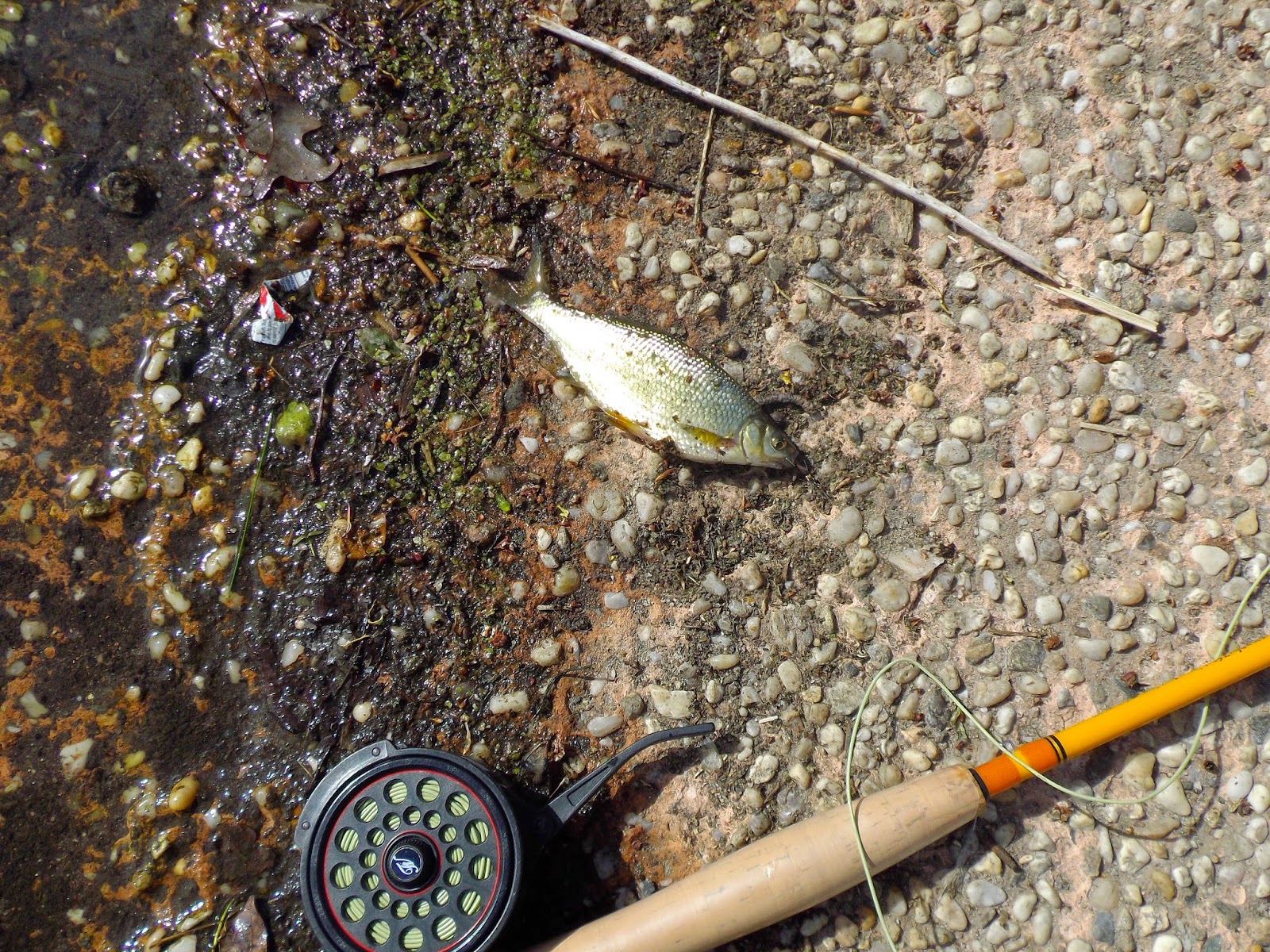 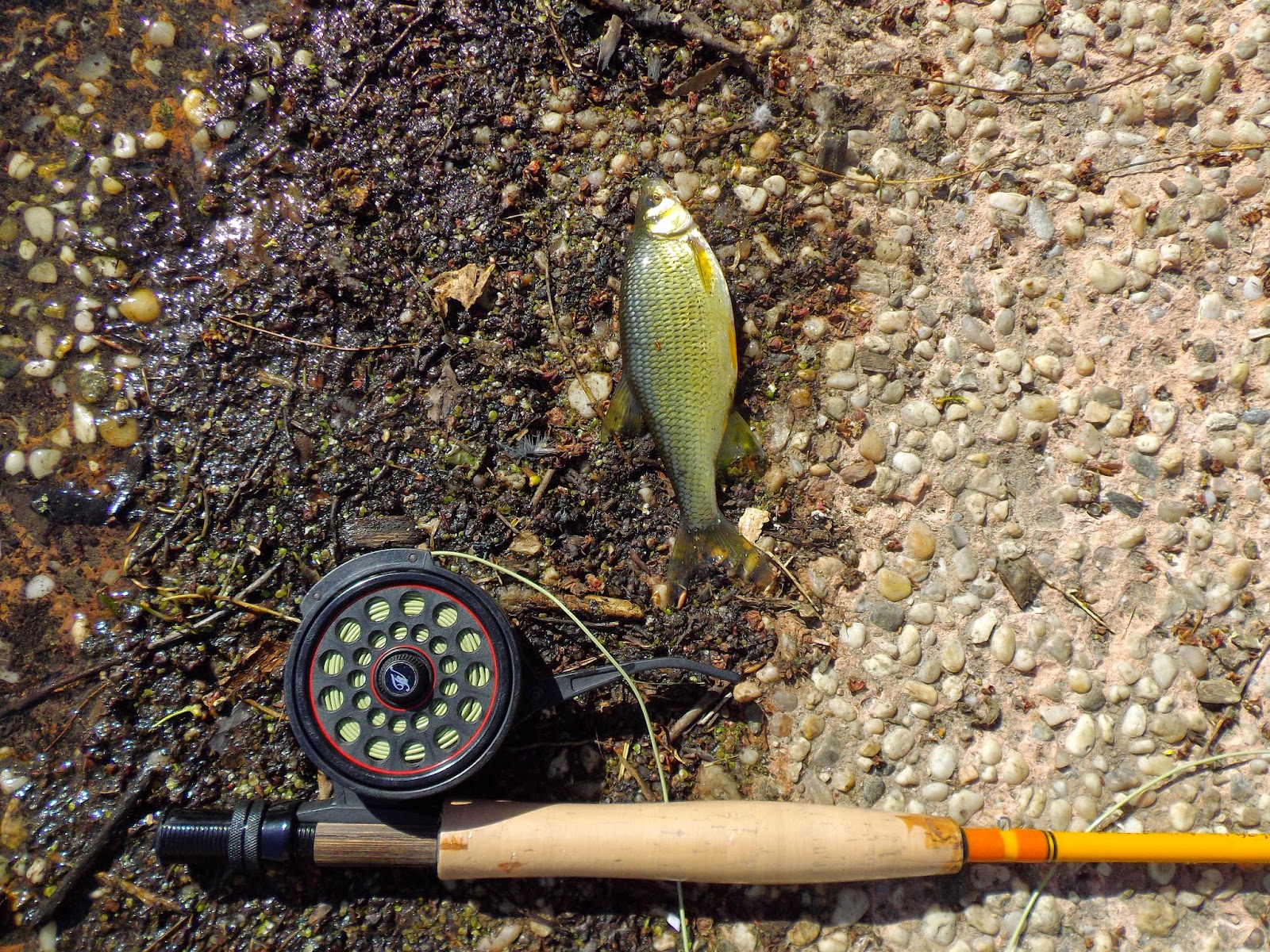 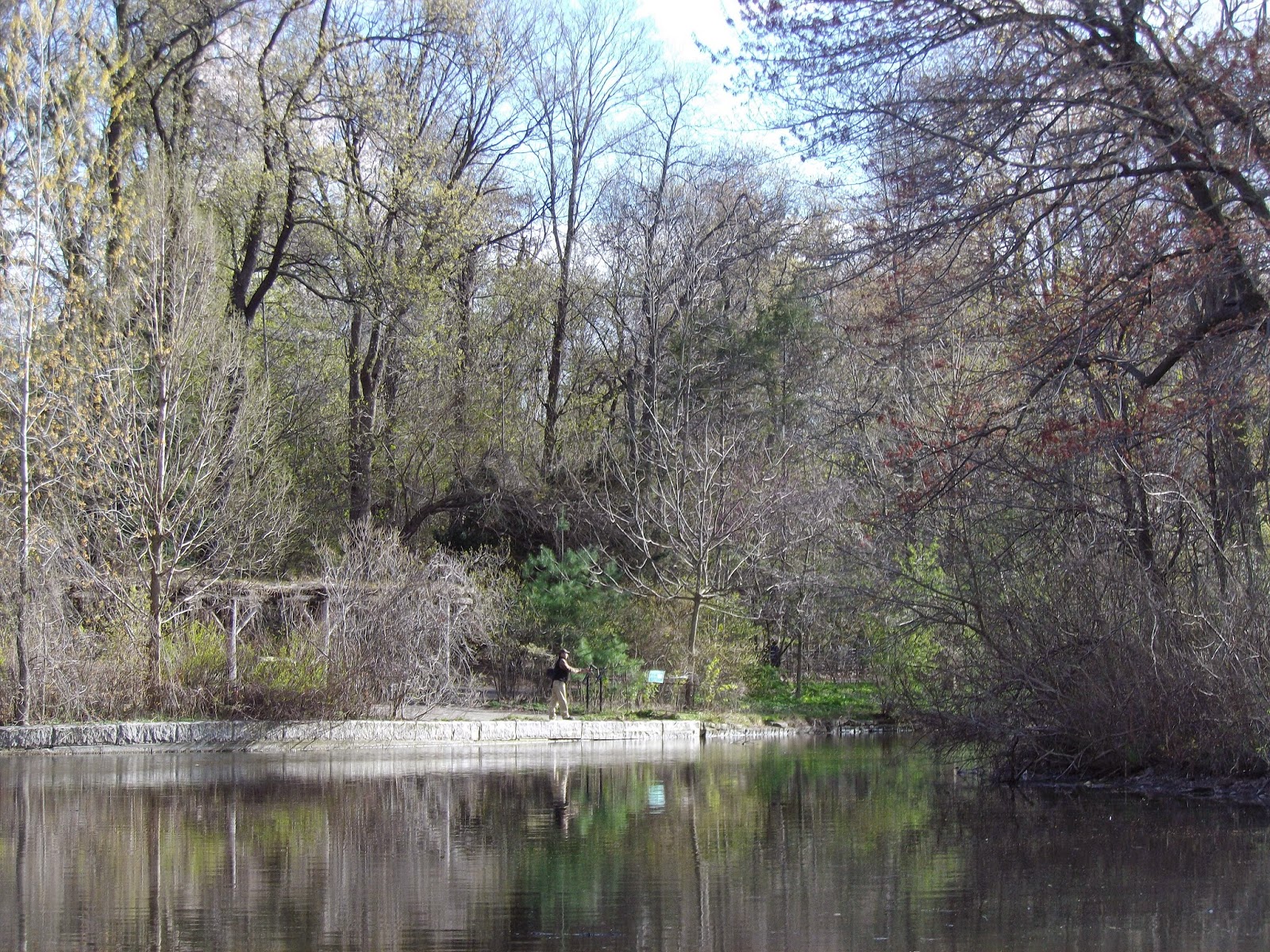 Springtime in the Lullwater area. 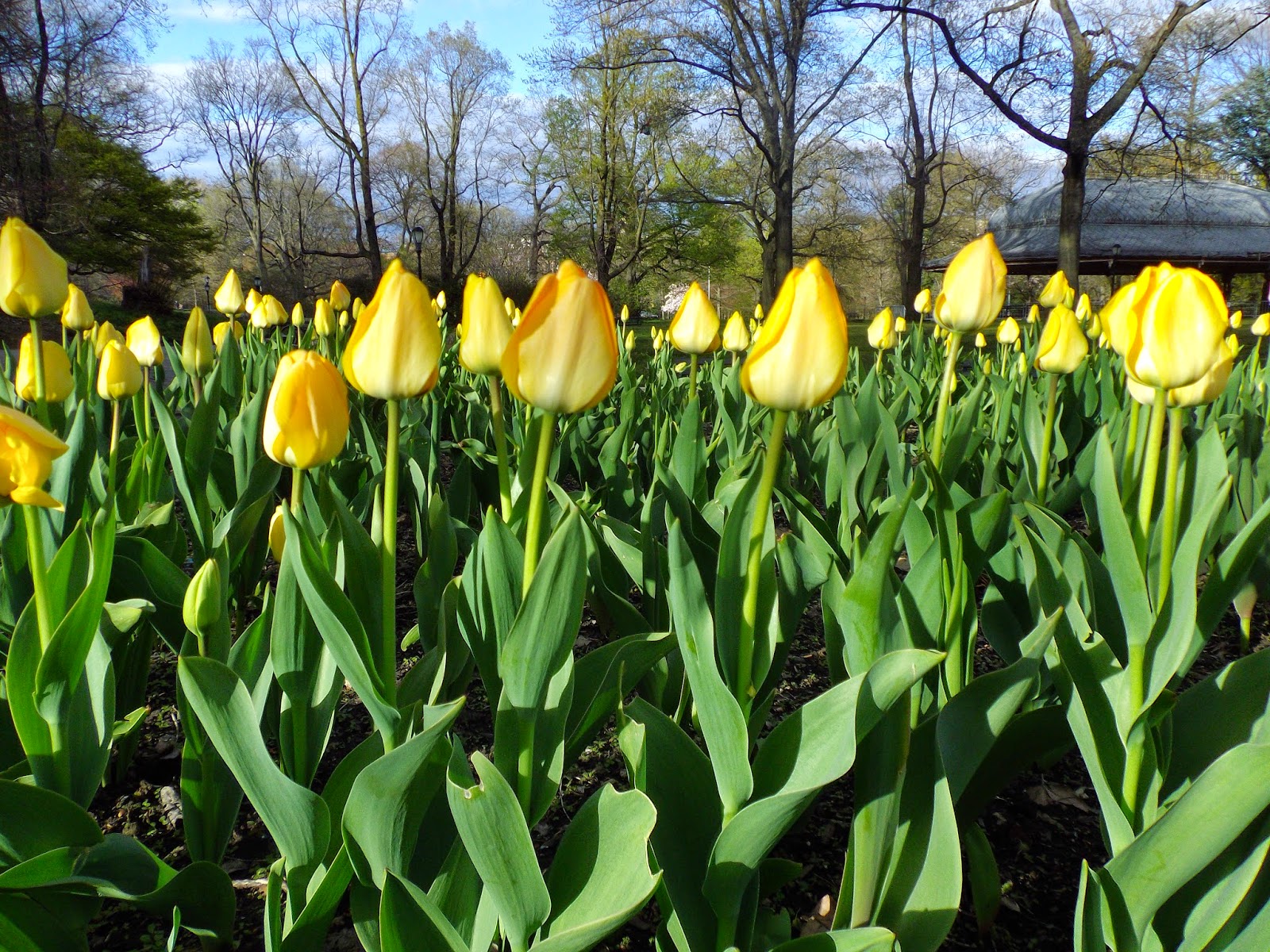 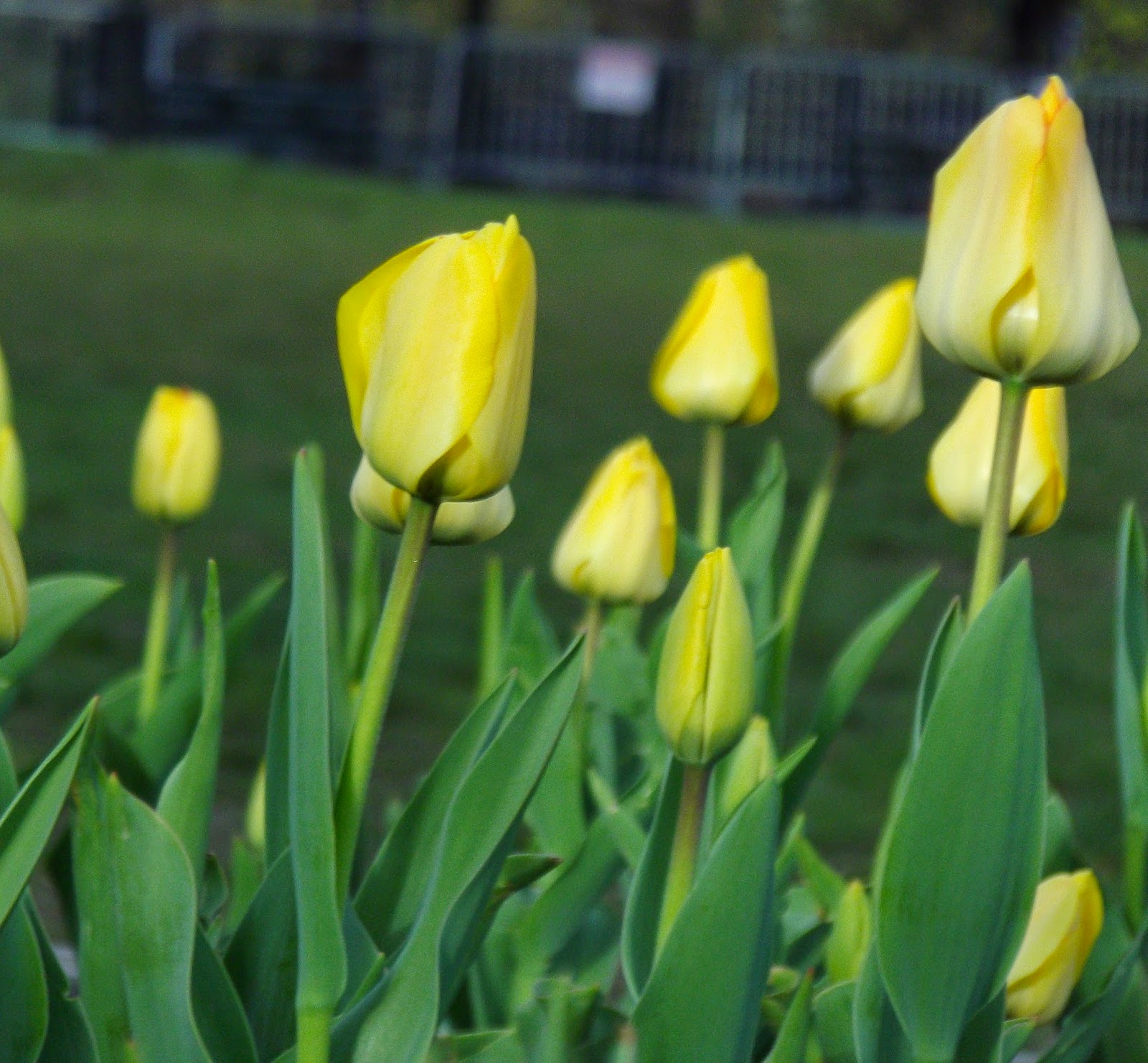