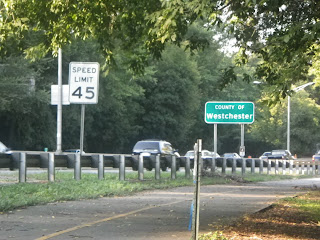 I visited Muskrat cove this afternoon.  This part of the Bronx River is located north of Woodlawn avenue
and ends at the county line of Westchester county. 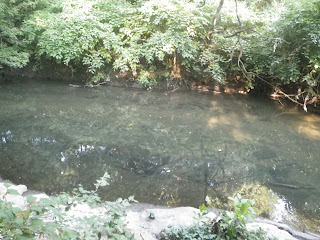 Much of the river here is between the parkway and the Metro North Railroad which makes
the river inaccessible unless you are able to run faster than a car and a train! 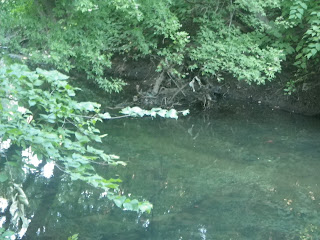 The river is clear but low in this section. 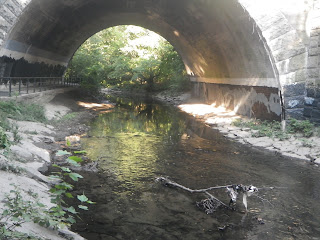 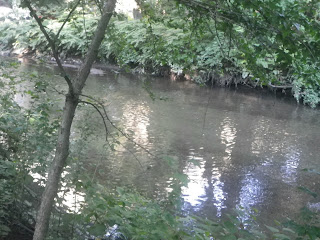 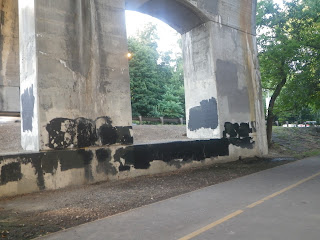 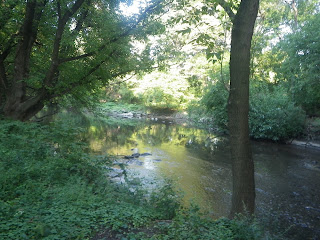 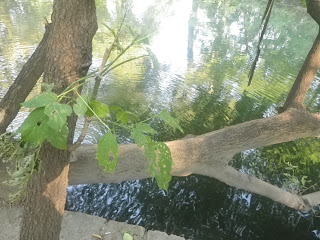 Muskrat Cove is a hidden sliver of  woodland named for a population of muskrats inhabiting the forested stream banks in the area. This little known, picturesque oasis has well  tended pathways and careful plantings
thanks to local residents. Just outside of the Metro-North Woodlawn parking area, a paved path heads into the cove.  The park is accessible through an opening in the guardrail. On your right, a row of young, green ash trees commemorate the victims of September 11, 2001. The path winds under the Bronx River Parkway to reach forested stream banks and, finally, at the northern city limits, the bridge at Nereid Ave. Returning from Nereid Bridge, one can follow a path to the right, which leads over the Parkway to Bronx Blvd.  Look on the stream banks for the presence of bollards used to tie up barges that held back the river while it was straightened during the modernization of the parkway.  Local groups are continuously working to beautify the area and restore its ecological integrity by removing graffiti, cleaning the area of debris, eradicating invasive plants, and planting hundreds of native trees and shrubs to reestablish the stream banks.  At this writing, the Muskrat Cove site, nestled between the Bronx River Parkway and the Metro-North