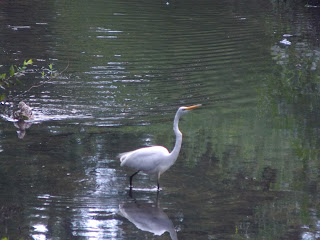 The Mamaroneck river passes through this park in Westchester.  The egret seems to have a fish
half way down it's throat.  There are bass and other panfish in this spot. 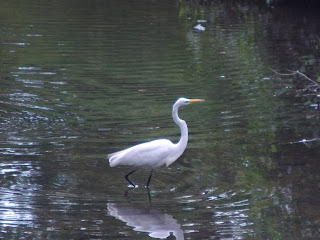 It did not seem to be in any distress and continued to hunt while I took these shots. 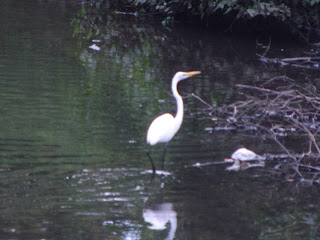 This was my second visit to this park.  On my first trip I found a pod of carp here and
a very long white koi.  This time, however, the pod was not there.  I did see the koi.
There was another long common carp.  I could see these two fish because of their length. 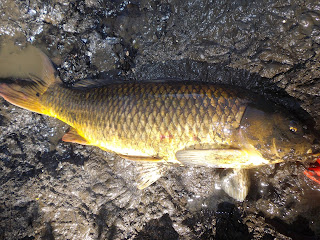 I managed to hook this carp. 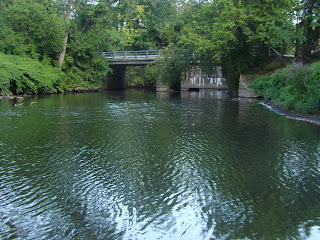 He took me into my orange colored backing.  His first charge took him almost to the
bridge in my picture.  I thought he was actually going to make it; until I begin to use foot work to slow
his progress.  I began to take steps back away from the bridge ; no pumping of the rod.  I simply
walked in the opposite direction.  Sometimes the pumping of the rod causes carp to panic and
fight harder. 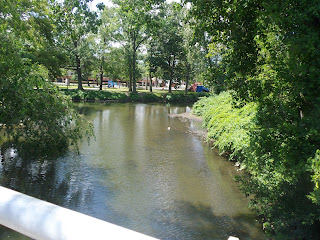 A view from the bridge. 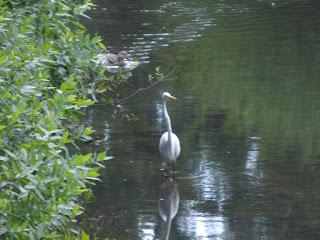 Egret and duck
Posted by The Great Lakes of NYC at 6:24 PM